After being leaked with photos and specs, we finally have the Cherry Mobile Flare XL in our hands to test out. Check out our quick hands-on and first impressions of this budget phablet while we prepare for its full review. 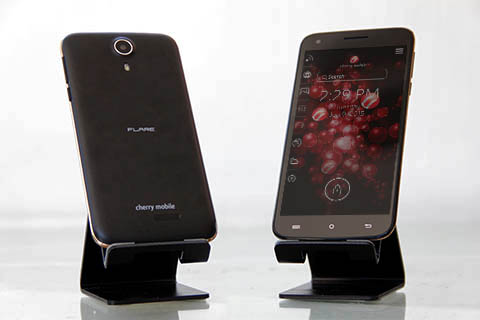 The Flare XL sports an IPS screen that spans 5.5 inches diagonally. It boasts an OGS (One Glass Solution) technology that reduces thickness of the display, allowing it to have an overall thin form factor. 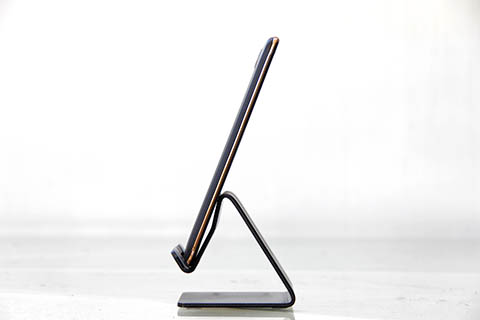 In addition to its OGS display, the handset also incorporated a thin body that gives it an overall slim profile. This makes it easy for the hands to grip, compensating for its wide body. As you can see, it has a bronze-colored trimming that runs around the entire device which positively accents its body and makes it even sleeker. 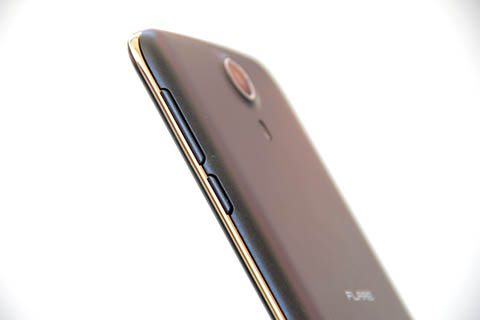 The volume rocker and power/unlock button are on the top right side of the device. They are positioned just right for the fingers to easily reach and press, whether left- or right-handed. 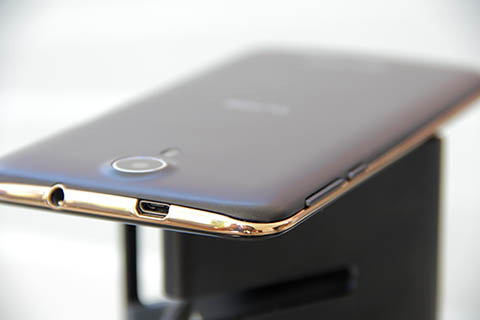 Connectivity ports are found up top, right along the strip of its chrome-like accents. 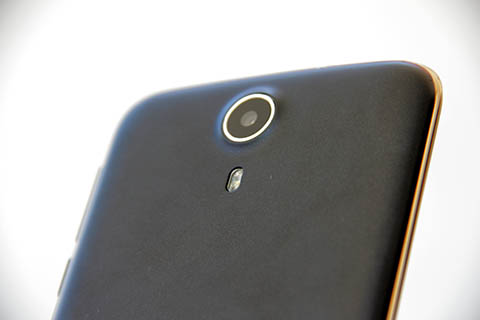 Centered at the top-most edge of the plastic back panel, we have the 13MP rear camera with an LED flash. It’s supported by BSI so it should help make the photos a bit brighter when used on low-light places. Turning it right side up, we’ll find the 5MP front-facing camera and its speaker for voice calls lined up with the sensors. 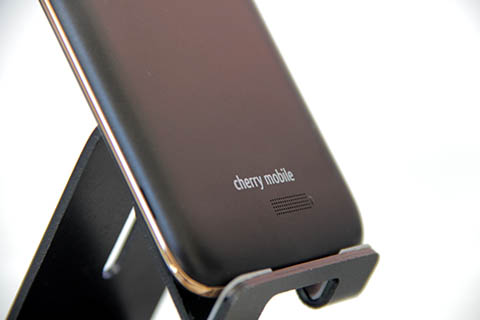 Adding to the back cover is the loudspeaker located just below the company’s logo. It is awkwardly placed off-center which slightly awakens the obsessive-compulsive disorder in us. This phablet implements a three-piece capacitive buttons setup namely Options, Home, and Back. 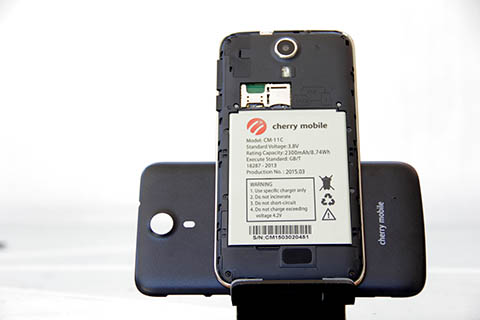 Finally, prying open the plastic back cover reveals its 2,300mAh battery which, you’d be glad to know, is removable. Just above it is where the trays for dual-SIM cards and microSD are found.

Despite its large screen and wide form factor, the Flare XL is not too heavy on the hands. It is not too light either; but packs a good amount of heft that helps in operating the handset with one hand.

We’ll be testing this device for the next few days and give you a piece of our mind on how it performs so stay tuned.