When it comes to locally-branded phones, it’s usually just one or the other; style or substance. But once in a while, we receive a fairly-priced device that has good looks and offers above average performance. That’s exactly what the Cherry Mobile Magnum S is, a Php9,999 smartphone that has the enough firepower to effortlessly handle your basic smartphone needs, and can pass up as a premium handset thanks to its faux-metal build. To get your feet wet for our full review, we suggest to pay our first impression and unboxing post a visit.

Beautifully crafted Cherry Mobile handsets come few and far in between, which makes the Magnum S an easy top pick for being the best-looking handset in their roster. The combination of its sleek form factor and its faux brushed metal back panel is treat to look at and, as mentioned earlier, can easily be mistaken for a high-end smartphone from a first-tier brand.

For a fairly slim device, the Magnum S is actually pretty hefty (and we mean that in a good way). It really feels good in the hands and although the fake metal posterior doesn’t create a lot of traction compared other textured back cases, the phone rarely slipped from our hands. But as much as we admire the sleek look of the Magnum S, we can’t help but be disappointed with the placement of the buttons and external components on the handset, particularly the power button. It’s almost impossible to reach the power button without having to re-adjust the position of the phone on your hand during one-hand operation. To make matters worse, both the power button and volume rocker, though both of them provides a decent tactile feedback when pressed, are a little bit too flushed for our liking.

And it doesn’t stop there. The flap that covers two SIM card slots, which by the way are located on each side of the handset (full-Sized SIM card on the left and Micro-SIM card on the right) feel very flimsy and seems like that it might fall off any moment. To top it all off, putting in and taking out the SIM card, particularly a Micro-SIM, is a royal pain in the neck as the slots were a tad too deep to reach using only our finger. 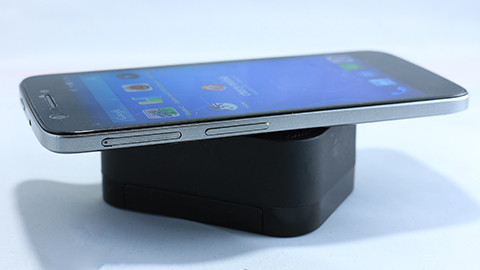 Achieving such feat is nearly impossible without the help of a tool (or a long and strong fingernail) that you can use to push the SIM card all the way in or poke it a little bit to eject it. A pre-bundled small tool like a pin, similar to the ones found on smartphones with push-to-eject SIM card tray, would be a very welcome addition to its accessories.

After that relatively intense segment, let’s take a step back and marvel at the other strong suit of the Magnum S besides its gorgeous design, it’s 5-inch HD display. In this day and age where some flagship smartphones are already equipped with Quad HD screens, Magnum S’ display panel may seem something to be scoffed at.

We can’t really blame you for feeling that way, because we also felt the same way when we first laid our eyes on the handset. It’s only after we fired up our usual media player app (MX Player) and played a 720p movie on it that we were swept away by the amount of detail that the Magnum S’ display can deliver. At first we thought that it was only the file, then we played the same file on a different phone with the same resolution and right there and then we were convinced that the Magnum S has some pretty sick display, or does it?

After some digging, we found out that although it’s partly true that the display of the Magnum S is slightly better than your average 720p screens, the real differentiator for the phone is the GPU inside it. We verified this by playing the same file on the Magnum S but changed the playback decoder to S/W which resulted to a less spectacular viewing experience compared to when the player is set to H/W decoder.

Still, this is a testament to what a handset can achieve even with pedestrian components if manufacturers only optimize the hardware components to work in unison with each other. 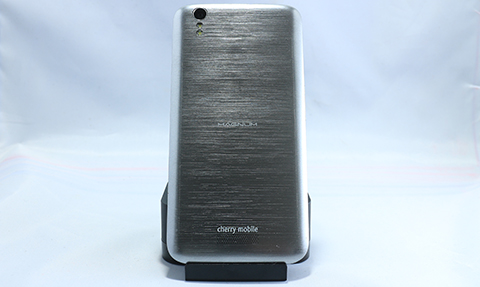 On the flip side though, the Magnum S’ display is not without faults. For one, the IPS panel is not at par without similar panels out there in terms of viewing angle. Moreover, the brightness is a bit lacking even if we cranked the lever up to its max. Nevertheless, we were able to sweep these minor missteps under the rug thanks to the display and GPU’s ability to provide Blueray-like movie watching experience using H/W decoder.

There’s nothing really groundbreaking about the Magnum S in the software side of things, besides the fact that it runs Android KitKat right from the get go. I mean you’ll still pretty much get all the perks of having Kitkat installed on your device, as well as a near-stock Android UI, but with a dash of Cherry Mobile on it just to spice things up (for good or worse, we’ll let you be the judge). 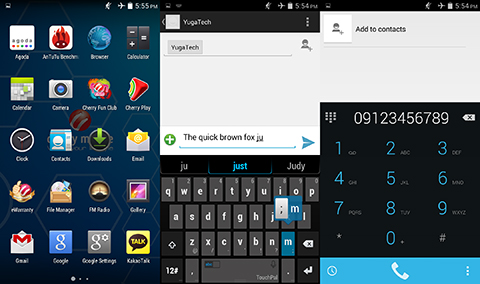 Given that the Magnum S has a non-expandable 16GB of storage, we really appreciate the fact that CM didn’t stuff a lot of pre-installed apps on the handset. Of course, the usually suspects are still present like Cherry Fun Club, Cherry Play, eWarranty and Pinoy App Shop, along with a few third-party apps like KakaoTalk and TouchPal.

Having a somewhat similar configuration with some of its local octa-core contemporaries, we pretty much have an idea on what we can expect from the Magnum S as far as performance and benchmark test results are concerned. And for the most part, our hunch was pretty spot on when we were using the Magnum S as our daily driver. One thing that raised some concern with some of our readers was the modest 1GB RAM inside the handset, but for the most part we didn’t really feel the difference when using the phone for basic tasks. It only became a factor when used resource-heavy apps on the device. Although very playable, we’ve experienced lags on some of the tasking game titles that we tried playing on the handset, especially the settings are set on High.

Equipped with an 18-megapixel rear camera with Back-Side Illuminated sensor and a pair of LED flash units, the Magnum S can pretty much handle any lighting conditions you throw its way with relative ease, and with a satisfactory result if I may add.

Apart from the grains often associated with poor lighting conditions, the images that we got out of the Magnum S’ rear camera were mostly good. The pictures came out with decent sharpness and near-faithful color reproduction, not to mention the camera’s ability to quickly lock in on the subject plus a respectable shot-to-shot response time.

It’s good to note though that the camera (or the software) tends to underexpose some of the shots, so it’s best to double-check your snaps first to make sure that you really got the shot that you want.

One of the usual trade-offs of designing a handset with a thin form factor is battery capacity. Fortunately, that was not the case with the Magnum S and although 2,300mAh doesn’t sound much on paper, the battery had a pretty convincing outing. The screenshot above was taken after we looped a 720p video using MX Player. The brightness of the Magnum S’ display was set to 50% using the same media player, as well as the volume which was set to 0%.

Now I know what some of you might be thinking, why go for this handset if there are other options out there in the market like the Xiaomi Mi 3 and ASUS ZenFone 5? The simple is answer is DON’T. Let’s face it, even before you checked out this review, you’ve already made up your mind on what handset you’re gonna get, and we’re not gonna persuade you to do otherwise.

That being said, we’ll close this review with a recommendation that should you decide to go down this path, we think that your ten grand will be money well-spent on the CM Magnum S. From both the design and performance standpoints, this handset is easily one of the best locally-branded smartphones in the sub-Php10k segment. Nuff said.

I have CM Magnum S i bought it last year July 2014. Last May 2015 when i turn on my wifi my phone start on a boot loop mode. I try to reformat my phone,even if i do that the error still exist whenever I turn on my wifi. Pls help.

How to open my magnum s i buy on April 11 2015 but my phone.totally dead please help how to start my phone ….

The “Sim card slot” is normal its not poor, because if you removed the back cover you can see why it is deep its like a normal removable battery phone the only different is magnum s back cover is nit easy open,pls dont try to remove the back cover at home if not necessary.

mine is on bootloop situation,coz.. i put incompatible boot animation.. and there’s no backup to boot recovery.. magkano po pa reprogram?

i bought my magnum s October last year. It suddenly went dead yesterday. I’m not yet ready to part ways with it. i have given the phone one year to operate. 3 months is just unacceptable. what a waste of money.

Hai benjie don’t get to upset with your magnum s,i encountered a similar problem but now it’s fixed already. Did you happen to drop your phone? because if yes then maybe the microchip of your was loose. go to a technician and let them fix the problem! :)

is the signal ok on cm magnum s?mine rarely picks up signal