Cherry Mobile is no slouch in bringing multiple variants of Android devices to the Philippine market. We’ve seen a lot of CM Androids around and the device that you are about to read might be something worth noticing, not because it’s expensive or glamorous, but because it is big. This is the Cherry Mobile Omega XL, a 6-inch midrange phablet. 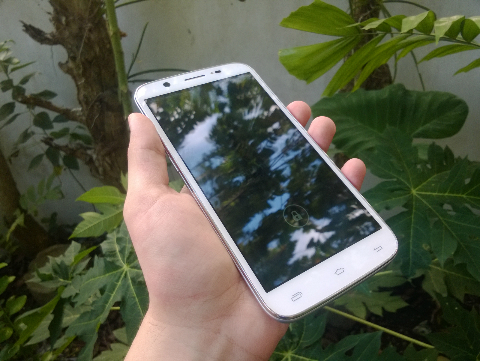 What’s In The Box

Cherry Mobile Omega XL comes in a pull-out box with an in-ear headset, USB cable and charger head included. As well as a manual that guides you through the basic functions of the phablet and a screen protector but we weren’t able to apply it properly. The audio quality of the headset is disappointing so you might want to opt for a better one.

Initially, you’ll be greeted how big this device is. The whole front is dominated by the 6-inch display with three capacitive buttons beneath it, and a microphone near the chin.

Above the display is the earpiece, proximity and ambient-light sensors, and the 8MP front-facing camera with flash. It is something unique but more about that later. 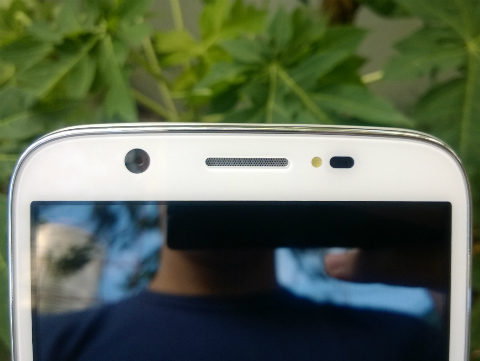 On the right side is the power/lock button, and on the left side is the volume rocker and a dedicated shutter key but mind you, it is not a two stage shutter key that we are accustomed with.

On top, we have the micro-USB port for charging and connectivity and the 3.5mm headset jack while the bottom of the device is relatively clean. Moving to the back is the 13MP BSI primary camera that slightly protrudes which make its prone to scratches, with the single LED flash and the speaker at the bottom. 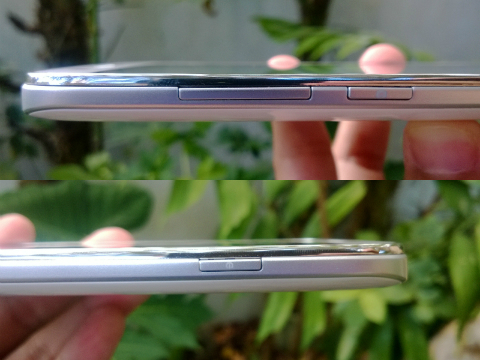 Overall, the Omega XL feels solid on hand with a minor setback, it’s made with glossy polycarbonate. It’s slippery and prone to smudges. The glass on top of the display is a Dragontrail glass but it does not help with oil smudges and overall smoothness. 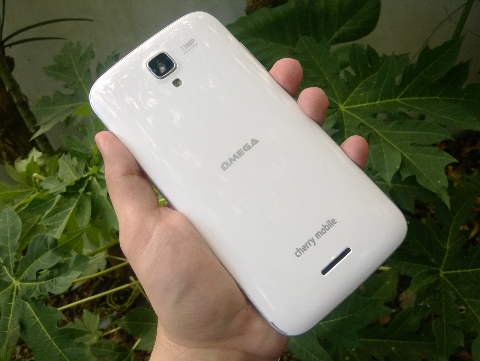 The Omega XL has a 6-inch IPS OGS display with a qHD (540 x 960) resolution. It results to a disappointing pixel density of 184ppi. Text do appear clear and legible enough for skimming but it feels really jagged due to the norm of having a denser screen.

Nevertheless, the panel is bright enough outdoor, except during noon when the glass is too reflective. Indoors, it fares well. The big screen justifies media consumption and casual gaming. Viewing angles are great but the colors are not as vivid as we wish it to be and the OGS (One-Glass-Solution) trait doesn’t seem to be present. On the brighter side, this means that nothing should slow down your usage like unnecessary animations and transitions. What Cherry Mobile did put into the device are home-baked applications like Cherry Fun Club, Cherry Play, and eWarranty, as well as custom wallpapers. KakaoTalk and Opera also comes pre-installed. There is nothing particular in the UI that utilizes the bigger screen real-estate, the homescreen and app drawer just feels stretched and blown-up. Good thing Android can be customized with skins and theme that are available through the Play Store. 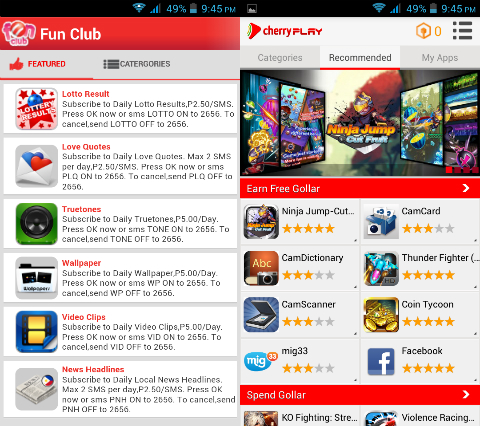 The phablet is equipped with a 1.3Ghz quad-core MediaTek MT6582 CPU with a Mali-400 GPU along with 1GB of RAM. Sad to say, even with a gigabyte of RAM and a quad-core processor, there are some hiccups and lags when navigating but perhaps we’re just nitpicking.

Overall performance is average and everyday usage should be a breeze. Pinch-to-zoom within the gallery and the browser is responsive as well. Heavy tasks will cause the device to slow down so make sure to properly allocate your memory usage. Having a qHD screen is also a contributing factor to the performance of the device. 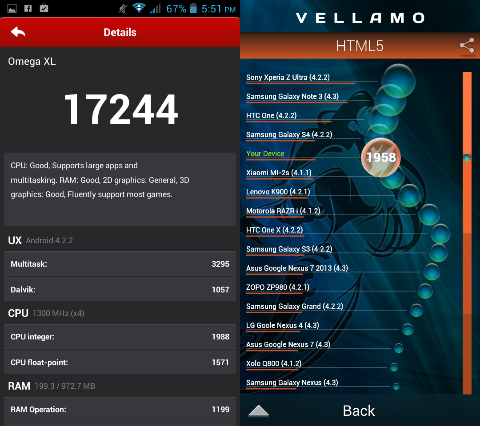 Of course, 6-inch is a sweet spot for portable gaming. We’ve tried Dead Trigger 2 and were able to play smoothly as long as the graphic settings are set to low. Casual gaming like Angry Birds Go! runs great too. So anything casual we’ll be fine but graphic intensive games will need some adjustments.

A phablet is great for viewing videos and the Omega XL works fine and gets the job done. High-definition videos are crisp and clear. An advantage that the Omega XL has is lower-resolution of its display, this means you can put a 720p video rather than a 1080p and details will be at par. It will save you some storage space and less internet bandwidth. 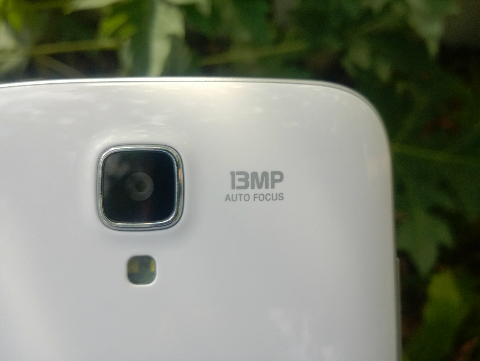 To be honest, we were surprised with the camera performance of the Omega XL. The 13MP sensor on the back delivers above-average quality in good-lighting. Focus is spot-on and colors are vivid enough. Although when zooming, massive presence of noise is visible when used in dark environments. By default, the camera is set to take at 8MP instead of 13MP. There is no visible difference between the two except on paper.

As for the 8MP front-facing camera, the output was not thing spectacular. It also has auto-focus and an LED flash which lights up your faces. No more dim-lighted selfies. 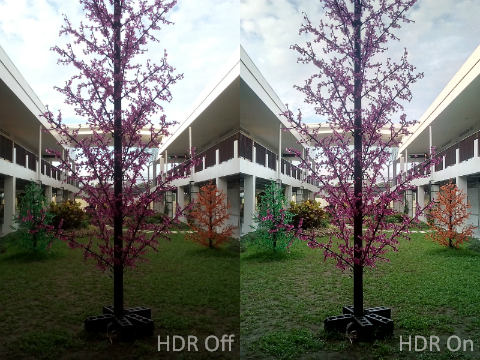 Video-wise, you can shoot up to 1080p but the actual output doesn’t seem to be Full HD in detail. You might not want to use this for capturing memorable moments. The microphone is also too sensitive for loud noises. Here is a sample video:

As for the basic function, calling, we wish the earpiece to be louder. It can get soft when in a noisy environment but the microphone picks up our voice just fine. With our battery test in airplane mode, Full HD video in loop with 50% brightness and no volume, it managed to perform well. It lasted around 14 hours.

We could simply say that Cherry Mobile Omega XL is a great phablet for Php7,999. It’s worth every penny and it’s a good starting point before venturing to a high-end phablet, if you find the need to.

What we liked about it:
– Good build-quality
– Above-average camera
– Decent battery life
– Front facing flash for your “selfies”