Following the release of the Amethyst last month, Cherry Mobile has released another smartphone that features the same specs and price tag but with a different design – the Topaz. 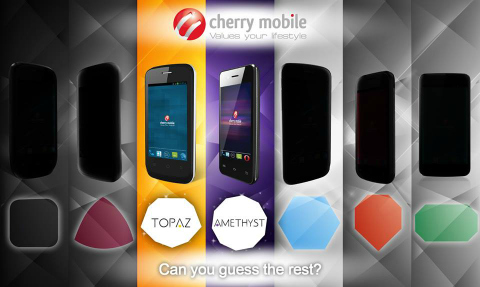 The company has also teased the rest of its upcoming gem lineup, as shown in the image above, with five more to be unveiled . We’ll keep you posted as soon as more of these models are announced.