CloudFone, in partnership with Intel and Globe Telecoms has launched the Epic 7.0, an Intel Clover Trail-powered tablet with a 7-inch display and an expandable 8GB internal storage. 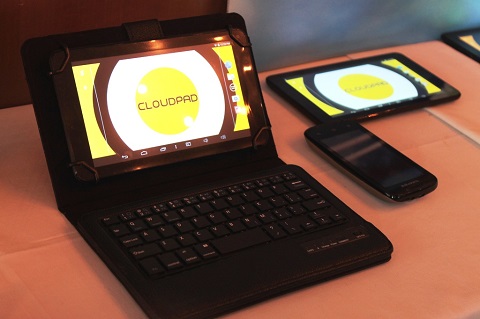 The new CloudFone will initially be offered exclusively under Globe’s MySUPERPLAN 499 and will come with an accompanying Bluetooth wireless keyboard. To further sweeten the deal, subscribers will also get a CloudFone Excite 400DX free of charge.

Now this is exciting! Enjoy the new Intel-powered @cloudfone Epic 7.0 with a tie-up with @enjoyGLOBE ! #IntelTablets pic.twitter.com/3He4lnsTXg

The Globe’s MySUPERPLAN 499 comes with 100 MB of data, calls and texts to all networks, all-month access to productivity apps such as Gmail, Yahoo mail, and Evernote, and 10GB of Globe Cloud storage.