The people over at Phonebloks just updated their blog that says Google’s Project Ara is right on track for its January 2015 release. To show its progress, there’s going to be a second dev conference by the end of the year where a fully-functioning Ara phone prototype will make its very first appearance. It is also reported that it will be running a modified version of Android L. 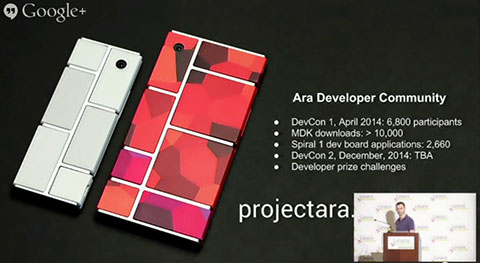 Again, Project Ara is an upcoming customizable smartphone from Google that lets you interchange the components you want and need. It was reported that Toshiba will be making its processor, Sennheiser for the sound system, and should be selling at a starting price of about Php4,400. Each module can be bought through an online portal like Play Store.

The team will collaborate with Linaro in order to make the device run a modified version of Android L, Google’s next OS version for Android. Thanks to this, every module on the phone (batteries, camera, etc. Except CPU and display) can be removed and replaced without the need to turn off the device. As the year draws closer to its end, we can expect a rush of more exciting news from the company so stick around!