CloudFone continues its push to serve affordable Android smartphones with humongous battery packs as they unveiled the Thrill 530QX which boasts a whopping 4,500mAh battery. 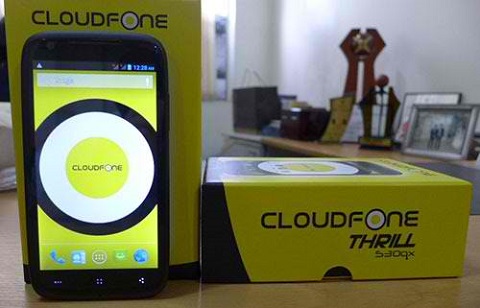 Apart from the battery upgrade, the 530QX also received a few improvements in other categories over its predecessor (Thrill 430x). This includes bigger screen, more RAM and a more pixel-packed snappers both on the front and the back.

These upgrades, however, resulted in a slight price hike which is currently pegged at Php9,999 (compared to the 430X which retailed for only Php7,777). Nevertheless, it’s still within the budget range of most consumers, making it a viable option for those in the market for an affordable Android handset.