The newly-launched Xiaomi RedMi 2 is the latest addition to the company’s growing consumer electronics portfolio. But how does it stack up against its predecessor? Find it out after the break. Above is a chart that helps us identify the differences between the two handsets, specs-wise at least. The biggest improvement, if you can consider it as such, in the new model is the use of a new 64-bit processor from Qualcomm which, in theory, should bring faster performance to the RedMi 2, not to mention add LTE connectivity to its arsenal.

Another note-worthy improvement that the RedMi 2 has over its predecessor is the use of an OGS panel which is partly to be credited to the RedMi 2’s thinner and lighter frame. 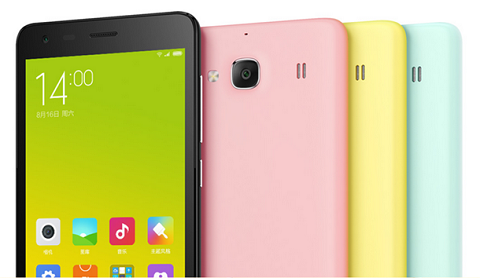 Speaking of its form factor, apart from being thinner than the RedMi 1S, the new smartphone is shorter and has a narrower frame. It’s also 26 grams lighter than the previous model, despite of having a slightly larger battery pack.

As you can see, the new Xiaomi RedMi 2 is actually more of an incremental upgrade to the RedMi 1S rather than a completely new beast. But it doesn’t change the fact that the RedMi 2 is still a competitive player in the midrange segment, one that has the potential to pose the same amount of threat to its competition as its predecessor did during its heyday.