Released in the Philippines just last month, the Huawei Honor 6 is probably one of the most affordable mid-range smartphone in the market but with impressive configuration.

With a price tag of only Php13,990, this full HD smartphone comes with an octa-core Kirin 920 chip, 3GB of RAM and LTE-capability. 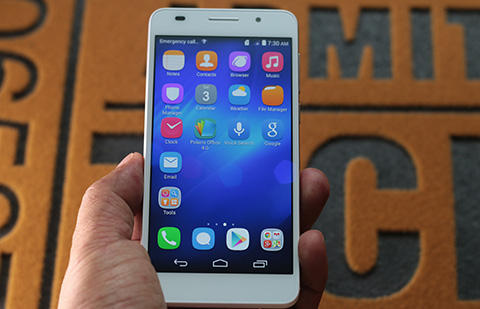 As reference, you can read about our Huawei Ascend Mate 7 here as there are a number of similarities in terms of features, UI and performance.

The Honor 6 sports a glass on glass body, much like the ones we saw with the Xperia Z3 and the iPhone 4S. In fact, the shape and contours of the Honor 6 closely resembles that of the iPhone 4S, along with the silver trimmings around the sides. The phone feels good on the hands; at 5.0 inches, it’s just the right size for single-handed operation. It has a solid design, slightly hefty feel to it and a bit slippery on the hands due to the glossy finish and mainly glass construction.

The power button and volume rocker is found on the right side, while the 3.5mm audio port, noise-canceling mic and IR blaster are found at the top. The speaker mic is found at the bottom end along with the micro-USB port. The micro-SIM card and the microSD card slots are both found in a flap compartment on the right side as well. 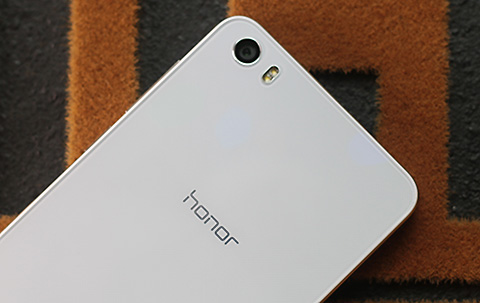 The front panel is fully covered in solid glass with an IPS LCD panel with the front facing camera, speakers and sensors at the top corner. There’s an spacious empty space at the bottom where capacitive buttons are normally placed but there is none in favor of the virtual buttons of Android Kitkat. 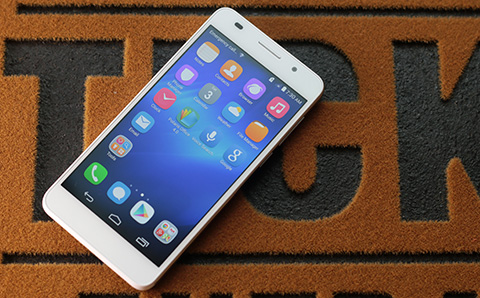 The display panel has a full HD 1080 resolution giving it a pixel density of 441ppi. The screen is bright and crisp, colors are balanced with high contrast. The Emotion UI 2.5 looked very simple and clean. There is no app drawer so all of the apps and widgets are spread across multiple home screens or organized into folders. 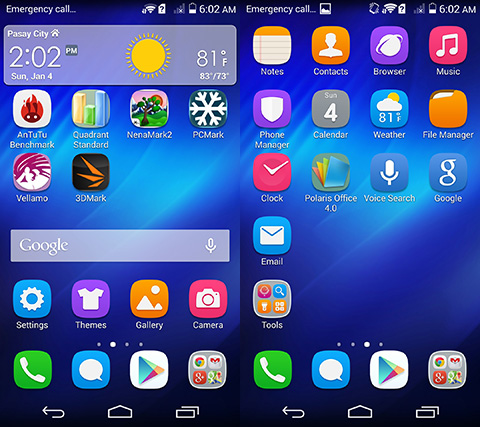 The widgets and icons have a clean flat design with rounded corners. The UI is very snappy and responsive. Emoion UI comes with several pre-installed custom themes and there’s actually another Home Style (tile based similar to WP8) you can switch to if you want a simple, tile-based interface which makes it much less confusing to older folks, those with disability and the likes. 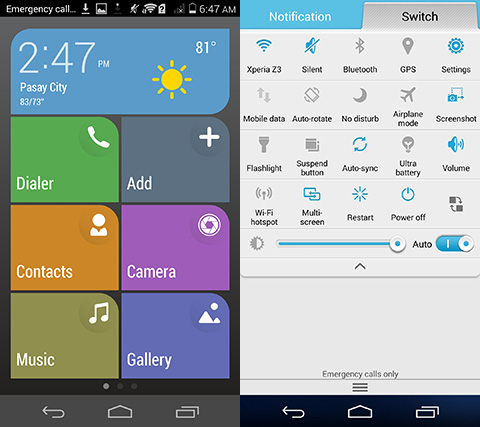 The 13MP rear camera is by Sony using an IMX214 sensor which is the same one used by the Nexus 6. It’s a pretty good sensor and photos looked sharp and clean.

Here are some of the sample photos we took using the rear camera.

Performance is very impressive for its category. Considering the Honor 6 uses Huawei’s own Kirin 920 chipset, the processor is a 1.7GHz octa-core with a Mali-T624 graphics paired with a whooping 3GB of RAM. This is perhaps the most affordable smartphone with 3GB of RAM, even beating local brands like the Starmobile Knight X (priced at 16k). 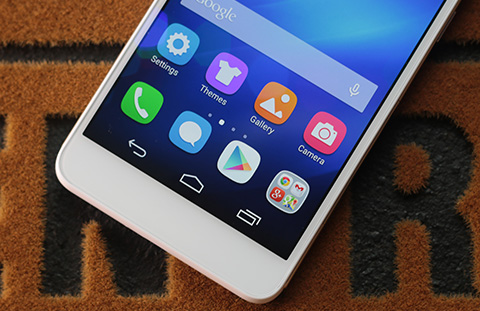 We did a number of the usual benchmark tests and got these pretty impressive scores. The results are actually very close (and sometimes higher) than it’s bigger sibling, the Ascend Mate 7 running a Kirin 925 chip.

The device only has one SIM card slot although we know that there is a dual-SIM variant with 32GB internal storage. The microSD card beside it adds up to 64GB of storage.

The chip also supports LTE-A or Cat. 6, which can handle up to 300Mbps downlink speed although our local network still does not support it.

We were also surprised that our unit had an IR blaster (we didn’t see it in the initial announcement) which serves as a remote control for TV and other appliances. As for battery life, the Honor 6 got an impressive 13.5 hours on a single full charge using our standard bench of video playback at 50% brightness and 0% volume. That’s one of the highest we’ve seen recently, even beating the Xperia Z3 with the same 3100mAh battery capacity.

So far, we’re pretty impressed with the Honor 6. Huawei did a good job at the design and specs department then coupled it with a very affordable price that even local flagship phones would find hard to match.

What we did not like:
* No NFC
* A bit slippery on the hands