Here’s another Tegra 3 Android smartphone we’ll never get to see in the Philippines but the Fujitsu Arrow Z ISW13F looks like the most feature-packed smartphone we’ve ever seen here in Computex. 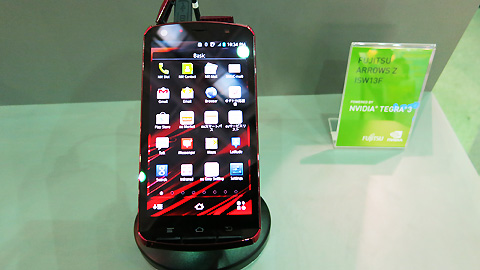 This handset comes in a fairly large 4.6-inch 720p display running a quad-core 1.5GHz Tegra 3 processors. The design looks very industrial with solid sharp lines and a bit of heft.

The thin strip for menu buttons at the bottom end reminds me of the Xperia X10 and the Xperia Arc series. 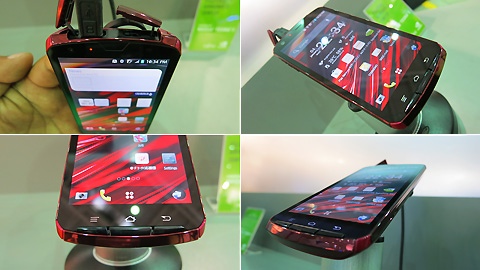 If you check out this list for its hardware configuration, the inclusion of WiMax and 1seg TV tuner is a rarity. 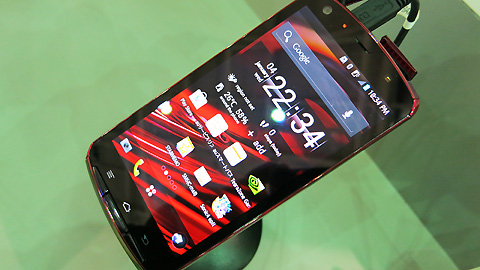 The plastic built does not give it an elegant feel though. I wasn’t able to make that 1seg TV work either (was just curious if the reception is really clear). Nevertheless, the handset is fast, smooth and responsive. 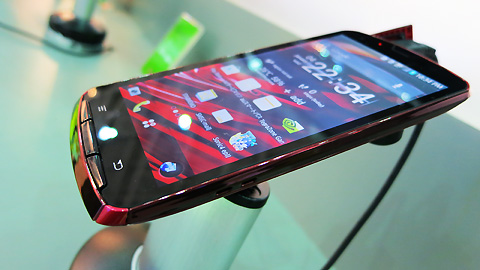 Sadly though, this unit is only available and compatible in Japan (sold via KDDI au).