We had about less than half a day to go around Hall 3 of Computex here in Taiwan and we’ve already seen so many new gadgets to make any geek drool. The NVidia had so many Tegra 3 tablets and smartphones on display, including the LG Optimus 4X HD. 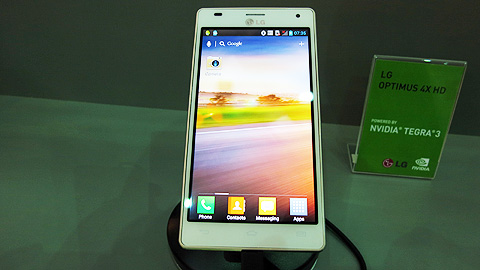 The Optimus 4X HD is the 3rd smartphone I’ve seen that sports a quad-core processor (it uses an NVidia Tegra 3 processor). The design and form factor somewhat reminds me of the LG Optimus L7 although I felt it was somewhat a bit thicker, despite it being just 8.9mm on paper. 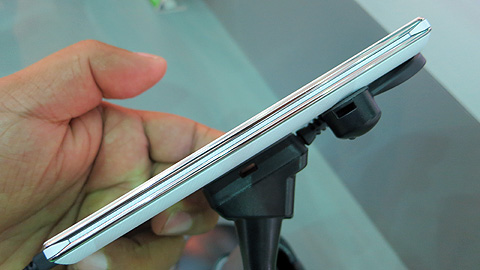 The white piano finish looks nice but that silver line around the edge kind of make it look a bit less elegant (for lack of a better term). The UI is still the same Optimus UI 2.0 but it feels very responsive and snappy.

The IPS LCD isn’t that impressive based on quick tinkering I’ve done on the handset (mostly viewing photos). Maybe I’ve have a different impression once I get more time with it. 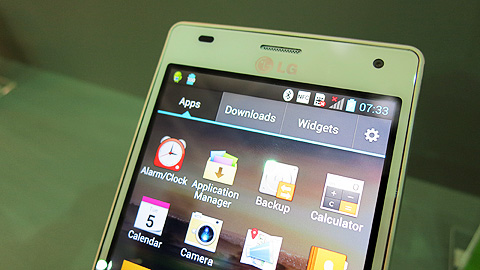 I wasn’t able to take sample photos with its 8-megapixel camera so can’t really say if it’s any good.

Here’s a really short video that shows how fast and snappy the UI of the Optimus 4X HD is:

The hardware configuration of the Optimus 4X HD is almost similar to the HTC One X, although we applaud the fact that is comes with a high-capacity battery (even slightly better than the Galaxy S3).

It’s possible the unit featured in the NVidia booth is still an engineering unit so it’s not that polished. Of course, we’re still waiting for LG Mobile to launch the Optimus 4X HD in the Philippines (it’s gonna happen sometime in July this year).