While displays, CPUs and all the other smartphone elements have improved through the years, battery life hasn’t really changed as much. We might have ones with larger capacities, but the duration of its use is still pretty much the same.

Well, Qualcomm seems to have a solution for your battery woes. Several days ago, they put Snapdragon BatteryGuru out of beta, and we immediately downloaded it  to see how it works.

We tried downloading it on other devices such as the Nexus 7, and as expected, we weren’t successful; the Nexus 7 runs on a Tegra 3 CPU, not a Snapdragon. Also, we didn’t want to try it out through sideloading since the results may not be as accurate.

Good thing that we got a head start with the app, since upon download – it will enter learning mode for 4 long days (some get 2-4). It doesn’t really do anything for that time period except that it tries to assess how you use your device.

The wait is over, and finally the app takes effect. It won’t be noticeable at first, but eventually, you’ll notice the changes sooner or later.

Still continuing to use my phone in the way that I did in learning mode, I noticed that the running apps in the background are more controlled now in asking for data. Basically, offline apps & elements did happen to save battery. 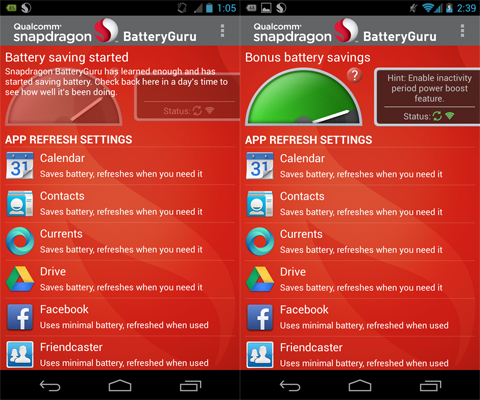 What turned out to be a mess though, was the WiFi management. It tries hard to look for a network on the times that I’ve consumed data in learning mode, and when I turn the WiFi off, it just goes up again sooner or later. Luckily, you can customize this in the settings. 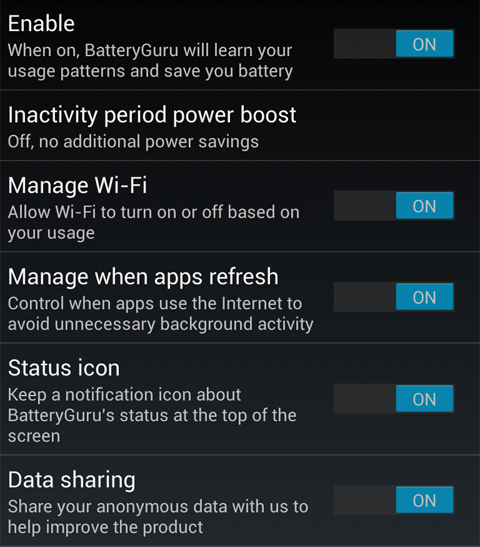 So far, we’ve been impressed with this battery saving app. If you’re rolling on a Snapdragon CPU, feel free to check it out here in the Google Play Store.

The only flaw I can find here is that not all days are the same. I had the app in learning mode during late May to early June, and now that [college] classes are starting, the usage might get a little different and inconsistent – hence, inconsistent battery life as well. Other than that, it’s easily one of the best battery apps we’ve tested.