Google Nexus 6 to have two display sizes like iPhone 6?

Google Nexus 6 to have two display sizes like iPhone 6?

We’ve previously reported the anticipated Nexus 6 to have a large 5.9-inch display, but another data suggests a device with a smaller screen. Are we to expect two different display sizes from Google just like what its rival did with the iPhone 6? 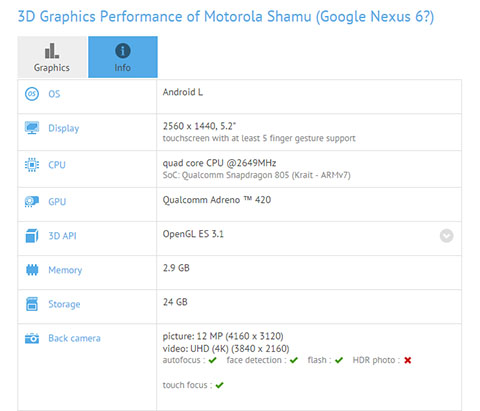 Android Police previously confirmed that the next Nexus device will indeed be called a Nexus 6 and with it comes a 5.9-inch body. On another website (GFXBench), a benchmark result shows a Motorola Shamu (codename for the Nexus 6) with 5.2-inch display.

For the display sizes, it could simply mean that the data has been reported wrong for one or the other, but with Apple recently launching two variants for its iPhone 6, the idea couldn’t be easily dismissed. In addition, the data above shows that both the alleged 5.9- and 5.2-inch Nexus 6 have QHD displays. Although this may be the case, the former’s rear camera is at 13MP, while the latter is only equipped with a 12MP camera — meaning there’s a possibility for the 5.2-inch variant to have ‘toned-down’ specs different from its bigger brother.

What do you guys think? Is it possible for Google to follow the same path Apple took?