PC Express has a good offer for those looking for a flagship device without spending too much. They are offering the Lenovo Vibe Z2 Pro for just Php15k. 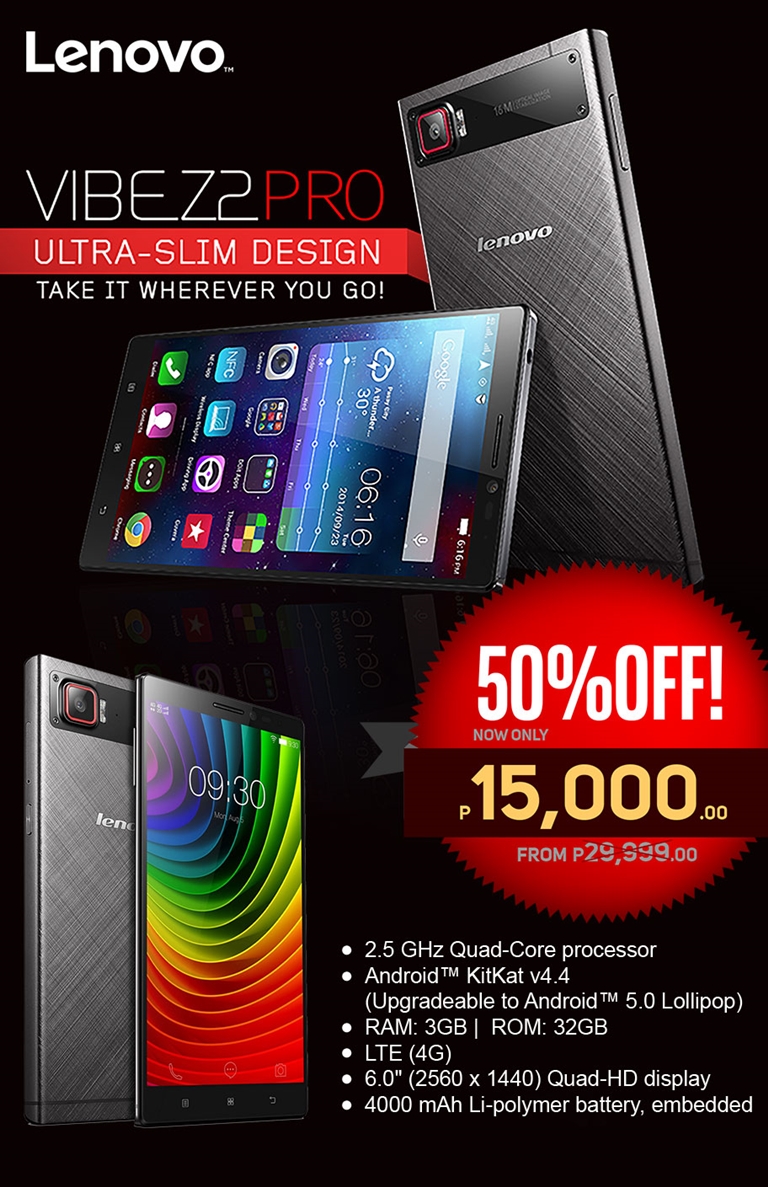 The Lenovo Vibe Z2 Pro sports a large yet crisp 6-inch QHD display and is powered by Snapdragon 801. There’s 3GB of RAM and 32GB of internal storage with no expansion slot. Its camera is a 16-megapixel shooter w/ optical image stabilization. Of course, it’s 4G LTE capable and has an ample 4000mAh Li-po battery. Out of the box, it’s running Android 4.4 KitKat but should be upgradable to Lollipop 5.0 after checking for an update.

We reviewed this beast back in November 2014 and you can check it out here. The promo has been around for about a month now so be sure to get yours ASAP if you’re planning on having one. As mentioned earlier, it’s listed for Php15,000 on PC Express’ website.