Honor has established a good reputation in the Philippines as one of the leading brands that produce affordable yet quality smartphones. One of their latest models is the Honor 8C, the company’s first device equipped with the Snapdragon 632 chipset. Check out my hands-on and first impressions below. 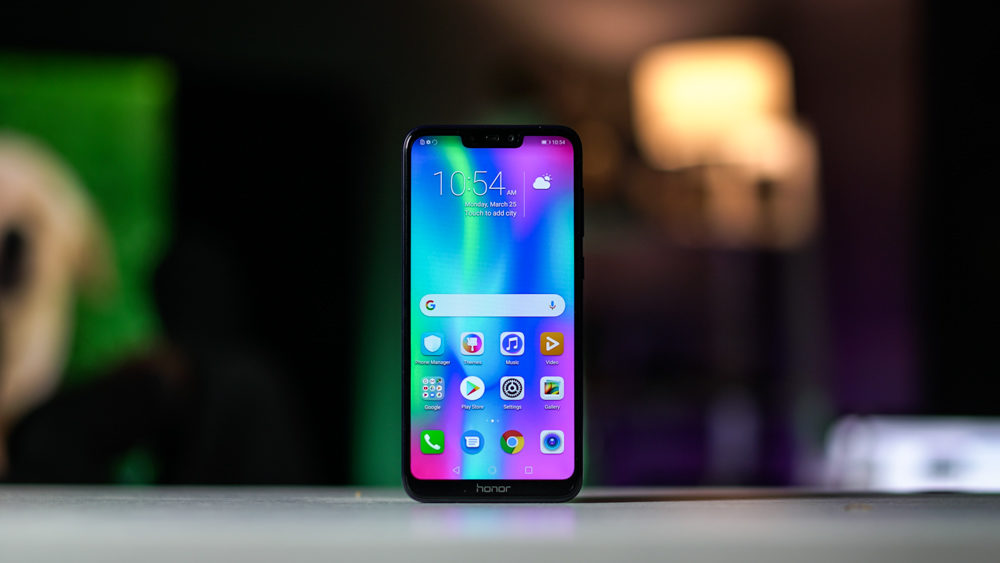 The Honor 8C has an interesting design. At first, you’d assume that the device looks like the usual glossy smartphone with a notch, but looking closely, you’ll see that this isn’t the case. The back has a matte coating with a frosted look, though it still retains some glint. When I first saw this aesthetic, especially since we have the Aurora Blue variant, I immediately loved it and prefer it more than the current trend nowadays of loud, glossy backs. 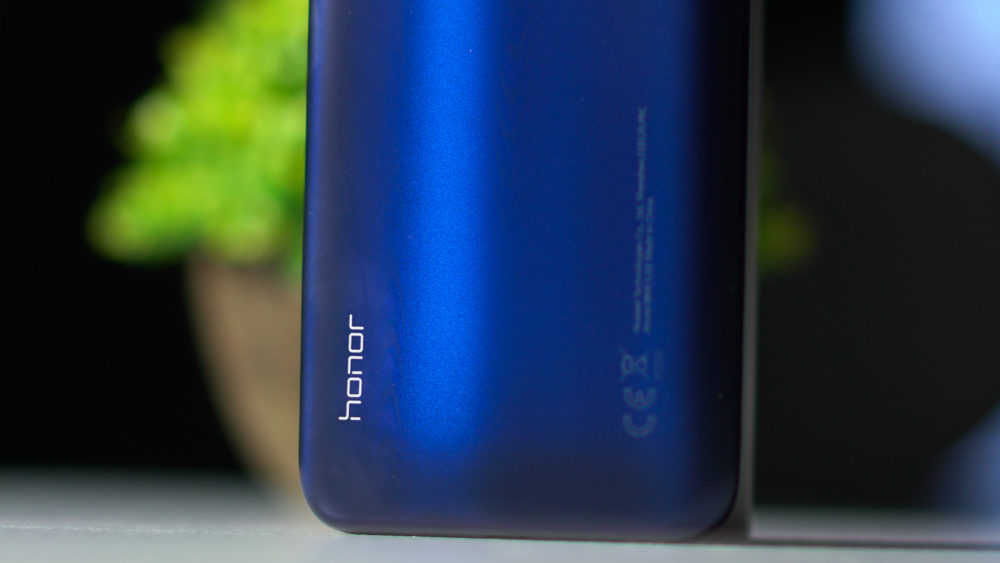 Up front, you’ll see the 6.2-inch display with a notch design on top that houses the 8MP front camera, LED flash, call speaker, LED notification light, and sensors. Unlike with the Honor 8X, this device has a thicker bottom bezel due to the embedded Honor logo. Located on the left is the tray that contains the triple card slots (dual-SIM and dedicated micro SD). It’s always a good thing that the phone has independent expandable storage. On the right is the usual volume rocker and power button combo. The buttons are clicky which is good while its placement is just right for my thumb. At the top, you’ll see the 3.5mm audio port along with the noise-canceling microphone. 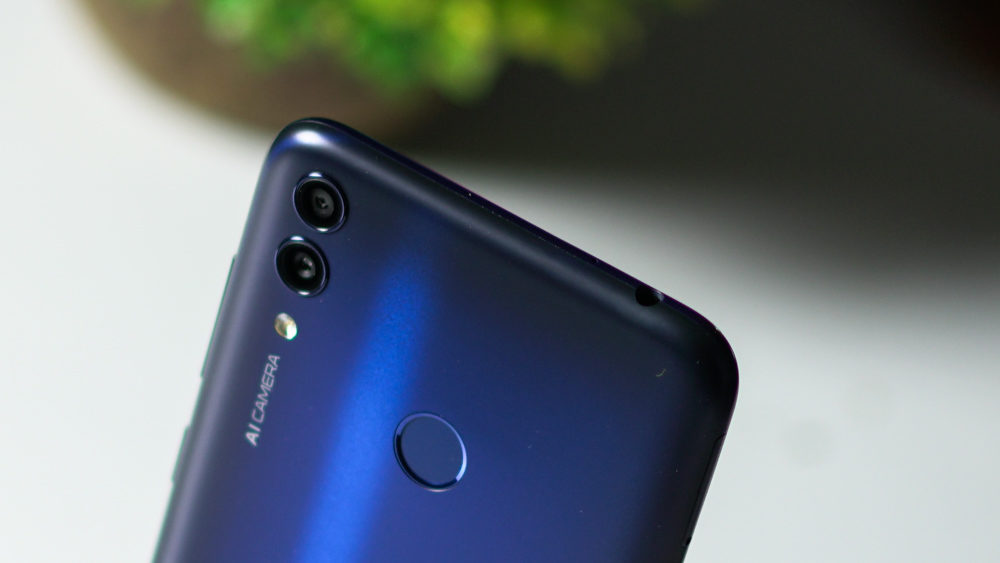 Situated at the bottom are the main microphone, micro USB port, and main loudspeaker. I’m not complaining, but I do wish Honor will transition their phones to USB Type-C on their next mid-range smartphone release. 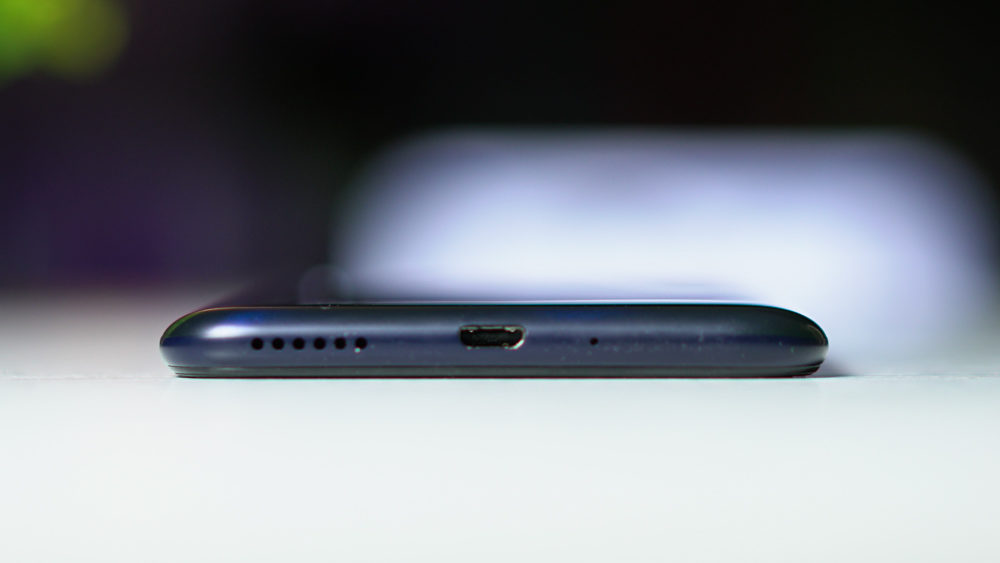 Flip on its back, and you’ll see the dual 13MP and 2MP shooters along with a LED flash and a fingerprint scanner. 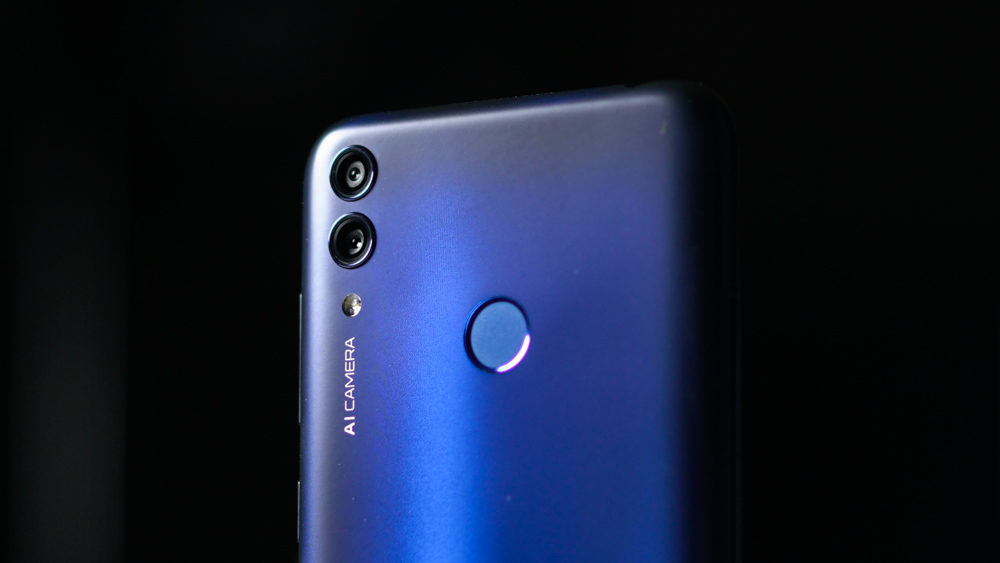 Overall, the Honor 8C is both thinner and lighter than what I had initially expected. Thanks to its design, it feels smooth and grippy when holding the device, but there’s one thing I don’t like here. It is a fingerprint mark and smudge magnet which could prove annoying as I frequently clean it after using it. Powering the Honor 8C is the Qualcomm Snapdragon 632 chipset and 3GB of RAM which is enough to run tasks such as social media posting, browsing, video streaming, file transferring, and multi-tasking smoothly. I tested the device on AnTuTu’s benchmarking app and got a 102,790 score which is close to the Snapdragon 636’s 115,003 (ASUS ZenFone Max Pro M1 score). Expect that it will have the same gaming capability as with Snapdragon 625 phones since it has the same Adreno 506 GPU. 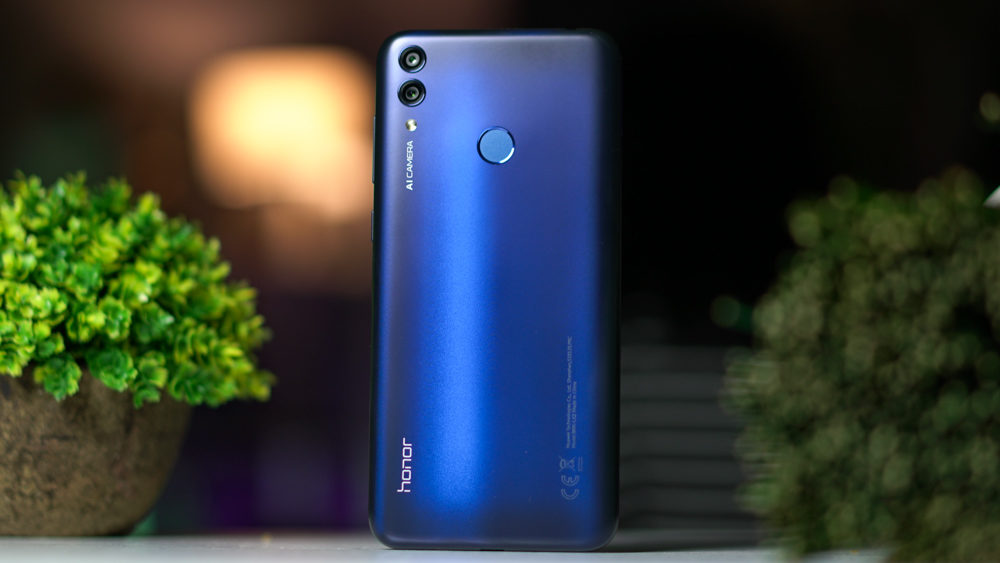 The Honor 8C runs on Emotion UI (EMUI) 8.2 based on Android 8.1 Oreo and carries a 4,000mAh battery. I’ll take the device for a full spin in the coming days so stay tuned!