How's it like to live with 1GB RAM Android smartphone

How’s it like to live with 1GB RAM Android smartphone

To give you a background on what you’re about to read, I’m writing this after a month of owning an Android smartphone with just 1GB of RAM — specifically a Moto E (2nd Gen). It was a personal decision to go back to the basics of smartphone that’s affordable but can perform well in telephony. I know it’s not as basic as cheaper handsets but I hope you get my point.

As we know, Google’s smartphone operating system can be a resource hog at times. In order to smoothly run things on your Android device, it should at least have 2GB of RAM or if you can, go for those with up to 4GB. I just do basic tasks and use key apps on my phone, not really into mobile gaming that much since I have a tablet for that. 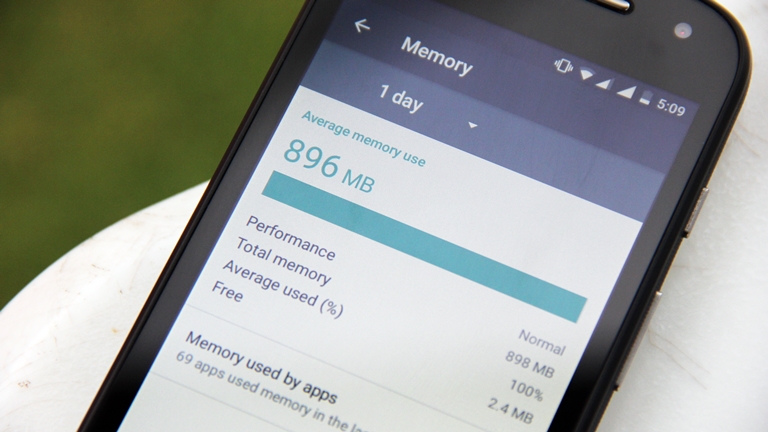 So, how am I holding up? Here’s what I have learned.

You can’t do much without slowing down

In terms of general performance, I really don’t have any major complaint. Transitions and scrolling have been smooth thanks to the optimization of Android 6.0 Marshmallow to the smartphone. The lack of bloatware from Motorola helps too. But, once I am already doing some task that needs different apps open like Facebook, Twitter, and Inbox, I can feel the chokepoint or the limit of my phone’s memory. Switching between apps is not as easy as it seems. Also, using the phone throughout half of the day will cause it to imply a message of “slow down, please” or a more peevish thought of “I am not made for this”.

It gives you a lesson about patience

If there’s one thing that you should possess when it comes to owning such devices, it’s patience. While the sluggish performance of the smartphone, when pushed to its diminutive limit, does give me a headache especially when the task needs to be done promptly, i.e. immediate need to contact, it helps me lengthen my patience. Why? First, I have to live up to my stingy decision about my purchase. And second, being impatient about it will not speed up the phone, right?

It helps you disconnect and do more

As a result of slow loading times, limited open apps, and low expectation from what I can do with my phone, i put it down on the desk often and do things differently. I’ve always been a smartphone-centric person to accomplish a task, with the aid of a laptop for some typing, of course, so seeing my phone spending more time on the table rather than on my hand is a good thing. No more “puro ka nalang cellphone” remarks from friends and colleagues. Also, it helped me sleep better at night since I don’t use my phone for long before bedtime. Before, having an Android with 1GB RAM is something to brag about but now, it became a chore to handle every day. What more if you have a 512MB RAM with today’s super budget devices meeting the 2016 phase of smartphone usage? So, the real lesson here is this: 2GB RAM for Android should be the mandatory minimum for smartphones. Period.