HTC One launches in Glamour Red

HTC is learning a thing or two from the likes of Samsung and Nokia in offering color variants of their current flagship, as the Taiwanese company has just unveiled the “Glamour Red” version of the HTC One.

The HTC One Glamour Red joins the silver and black versions that are already out. Specs remain the same of course only this time it sports a color that demands a lot of attention. Other rumors are also pointing to a Blue version of the said flagship but this is yet to be confirmed. 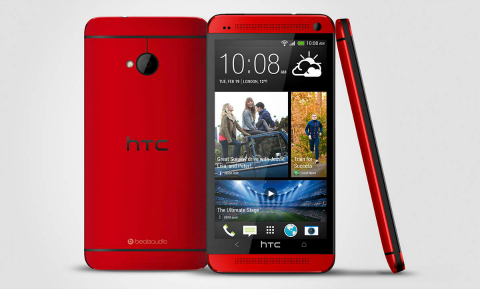 Unfortunately, the Glamour Red variant of the HTC One is currently exclusive to customers of Phones 4 U in UK starting mid-July. No information yet on whether HTC will make it available internationally in the near future.

In the meantime, you can check our hands-on of the HTC One here.