In a private preview to a select number of HTC fans and members of the media, HTC Philippines showcased the features of the HTC One and announced some key details. Though this was not really a product launch, we were still able to squeeze some information. 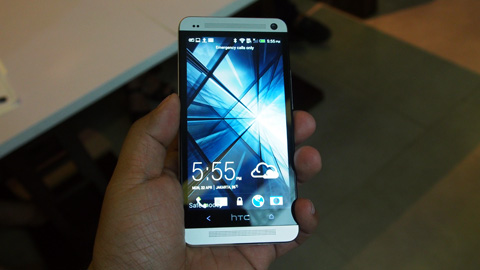 Regional reps from HTC SEA shared that the delay in the launch of the HTC One is due to low supply of the ultrapixel component. As such, even the US release was pushed back and the Philippine launch that was scheduled back in March has been moved to 3rd week of May.

We’re also getting a hint that the units might not be enough to satisfy the demand of the handsets so they are doing some sort of a pre-order around 3rd week of May. HTC will be posting updates on their Facebook page once the pre-order forms are out. 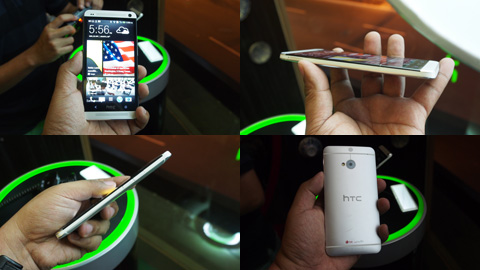 As for the suggested retail price, the HTC One will sell for Php32,990.

samsung vs. htc one pics compared

for me, there can only be ONE winner.

Sorry HTC. The Galaxy S 4 gets the android authority title for 2013 once again. Samsung never fails to give its flagship phones power.

kimchi is crap
Reply to  Yusuf

And you get a kilo of crappy kimchi…shit of the earth!

Meanwhile, highly respected critics from Engadget, the New York Times, etc. think the One is better than the S4.

What is Android Authority anyway?

Last year I fell in love with the One X but I ended up buying the s3 after reading so many tech reviews. Regretted it and switched to the One X because it just didn’t feel right. I didn’t have the phone that I really wanted.

This year I’ll be getting the One. Not because of what people say about it, its because its the phone that I want.

I suggest you do the same people, get the phone that you want and stop bitching against the other choice that you didn’t make. Or can’t make, if you’re that unfortunate.

I Could not have said it better than Betty. When buying any consumer good, do not trust these bloggers. Read consumer reviews instead eg. amazon, ebay, etc. Some of Tech. Reviewers are also biased so I don’t always trust what they are writing.

An interesting news, Samsung is in HOT water in Taiwan and is under investigation for allegation of unlawful business conduct. Some people claimed that Samsung hired students to post negative comments in the internet-bashing HTC and then promoting Samsung. It was said that Samsung issued an apology published in their Facebook. Check this out:
http://news.sky.com/story/1078878/samsung-in-taiwan-probe-over-htc-reviews

In a lighter note, HTC One, Samsung S4, and Blackberry Q10 are going for a showdown in the UK and Canada next week. Looks like the underdog, Q10 is making a comeback.(sold 2,000 units in london in 90 minutes!! today)

I’ve always been wondering why prices are always steeper in the Philippines. :|

I want and will get this phone. I wouldn’t use a case if a phone is this beautiful. It’s true that HTC prices their phones higher than the rest. HTC is no Apple though so good luck with that pricing.

With just one simple drop from the waist…it could spell the end …. earpice grill neto napaka brittle, mabilisa dislocate