With the announcement of the new HTC One, the Samsung Galaxy S5 and the Sony Xperia Z2 will be facing more competition, but does HTC’s champion have what it takes to play this year’s game? Check out our spec comparison of these Android behemoths for a better view on the flagship war. 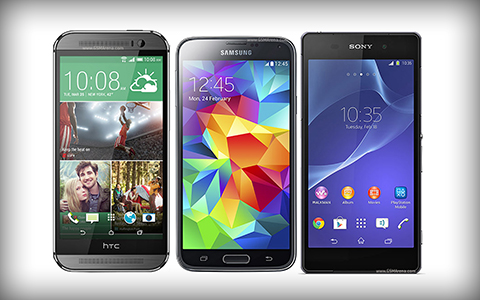 As you can see below, all phones share the same screen resolution, CPU and GPU; the rest, they all go on their separate ways. 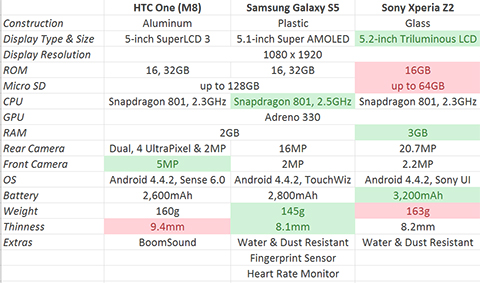 Here are some details you should take note of:

With all of these details, which flagship phone are you getting? If you’re not set for any of the devices just yet, no need to worry as there are many more choices coming out soon – LG’s, Apple’s, Google’s and even Oppo’s already announced Find 7. Feel free to share with us your insights down below.