Following the trend, HTC’s flagship phone, the HTC One M8, seems to be getting a Mini counterpart once again in the form of the HTC One Mini 2, something that just leaked very recently. 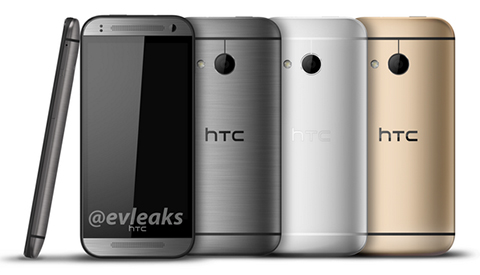 As you can see above, the phone looks like it’s going to have the same color variants and textures like its bigger brother. BoomSound is also making its way into the design, and if you would notice, the duo camera system is no longer found here. The rest of the specs and the features are still unknown, but it looks like it’s going to be a tuned down version of the flagship once again judging from the exclusion of the second camera sensor.

HTC announced the previous One Mini back in July last year, so we wouldn’t be surprised if they release it at that time this year or earlier.