HTC One S in the flesh, first impressions

HTC One S in the flesh, first impressions

While were still waiting for the official launch of the long-delayed HTC One S, we managed to score a review unit and take it for a spin. HTC Philippines will eventually release the One S but before then, let me share some live photos and first impressions.

The HTC One S can be considered as the smaller sibling of the One X, down to the design, materials and construction. 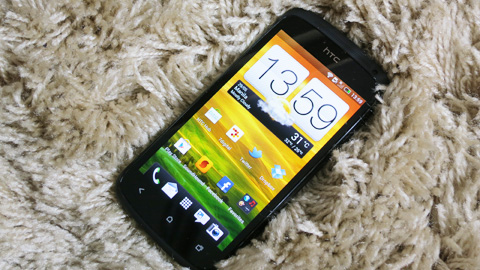 However, the One S took the distinction of being the thinnest and slimmest handset coming from HTC. At only 7.8mm, it’s one of the very rare smartphones that measure just under 8mm. The only other phone that I can remember having this slim profile is the Motorola Droid Razr.

However, since the Droid Razr somewhat cheated with its reverse chin for the housing of the rear camera, I’d give the HTC One S the crown for the slimmest Android phone we’ve ever tested and used. 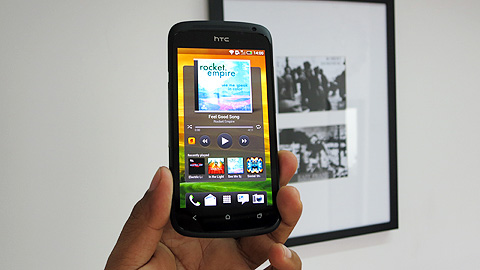 The One S also sports a dual-core Qualcomm Krait 1.5GHz processor, the same CPU used in the Samsung Galaxy S3 in some regions. In some benchmarks, the Krait 1.5GHz performs better than the quad-core Tegra 3 processor so the One S isn’t really far behind.

And while the handset uses a Super AMOLED display, it does not have the resolution used in the One X. The 960×540 pixels in the 4.3-inch screen only results to just 256ppi density. As such, you can still see the pixels with your bare eyes even though the display is crisp and clear like many other Super AMOLED screen before it. 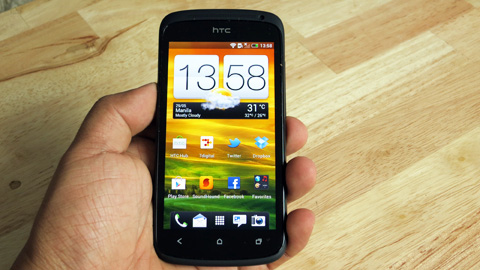 The hardware configuration of the HTC One S is already impressive but one concern that it shares with the One X is the limited internal storage.

Since the HTC One S is not yet officially launched and released in the Philippines, the unit is still a rare device in the local market.

However, you can score one of these over at Widget City for only Php24,150 (check it out here).

Watch out for our full review in a week. For the meantime, check out some live photos we took of the device.

Disclosure: Widget City provided for the review unit. They are also a display banner advertiser on this site.