Huawei’s second Windows Phone 8 smartphone and the successor to the budget-friendly Ascend W1 is the Ascend W2. 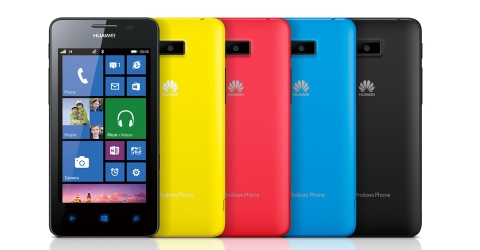 Huawei Ascend W2 has some few changes from its predecessor. It now features a bigger screen, 4.3″ vs 4″, but still has the same resolution of 480×800 pixels which now results to a lower pixel density of 217ppi. The display also features glove support. The processor is also bumped to a Snapdragon MSM8230 1.4Ghz dual-core Krait accompanied by the Adreno 305 and 512MB of RAM. Internal memory is now up from 4GB to 8GB. On the downside of changes, the expansion slot for a MicroSD and the front-facing camera has been omitted. Then, the battery is now only rated at 1700mAh. The chassis is now wider and taller than the W1 with a dimension of 134 x 67 x 9.9mm and heavier too at 160g.

Local availability is yet to be determined. You may check out our Huawei Ascend W1 review here.