Huawei Philippines has introduced their new flagship phone in the Huawei Honor. The four-incher handset sports a thin and light-weight profile which is measured at only 10.9mm and weighs 140g. The device is powered by a single-core Qualcomm processor, clocked at 1.4GHz and currently runs on Android Gingerbread (2.3.5).

The team from Huawei promised that Android ICS update should come in the next quarter but did not mention the exact date. Honor is also equipped with an HDR2 capable 8MP camera at the back and is lit by a single LED flash. It also has 0.3MP front-facing shooter for video calling. 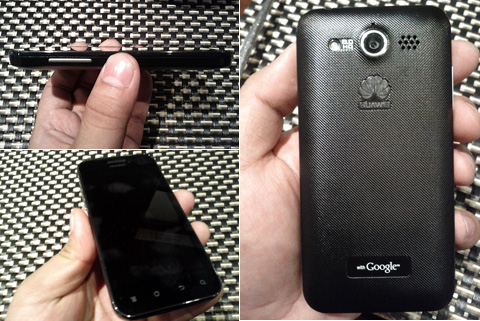 What’s special about this phone is that it packs a lot of juice. The Huawei Honor has a 1900mAh battery that, according to team, promises up to three days on normal use, 3 weeks on stand-by, 9 hoursâ€™ worth of talk time, 8 hours of web surfing and 6 hoursâ€™ worth of non-stop gaming. This is a pretty impressive feat on paper but we’re yet to see it perform on our tests.

On the other hand, the Huawei team awed us with how quick the Honor can boot. To be honest, I was a bit skeptical at first about the 5-second boot up. But after seeing it first hand, it just blew me away. Skeptical? I don’t blame you. But donâ€™t worry, we captured a video clip showing the phone booting up from off state so you can also see it for yourself. 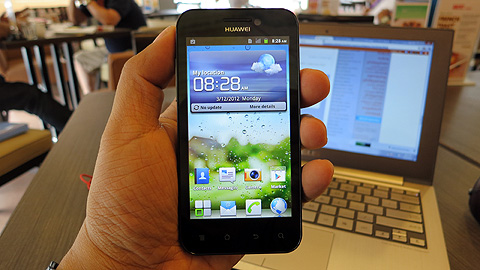 Note: According to the team, they were able to achieve the quick boot up feature by installing a special software that boosts the load process.

Apart from the usual social networking sites like Facebook, Twitter and email app, Huawei has also thrown in another pre-installed app to further enhance the phone’s sharing and storage capabilities. This cloud-based storage app is called Cloud+ and it offers up to 160Gb worth of extra memory so you can sync and save files from the phone to your personal Cloud+ account. As if that wasn’t enough, Huawei still has one trick up their sleeves. This amazing handset, with all the goodies it has, will only cost interested buyers a measly Php13,999. Not bad, considering that it has almost everything you need for smartphone. Units are being shipped to the Philippines this week and will be available in stores next week.

Editor’s Note: Original story by Ron with additional reporting and editing by Louie.