Huawei announced its pair of flagship handsets here in Munich, Germany with the Huawei Mate 10 and the Mate 10 Pro taking all the headlines. Like in previous iterations of the Mate series, the Mate 10 and Mate 10 Pro offers two distinct features in terms of design. Huawei CEO Richard Yu defended this move by saying that a Full HD resolution at 6 inches is still very good and it consumes less power than a 2K display. So yes, we expect a slightly longer battery life on the Mate 10 Pro despite having the same 4,000mAh battery. The difference in aspect ratio also meant the Mate 10 and Mate 10 Pro will have different physical dimensions — the Mate 10 is shorter (150.5mm) and wider (77.8mm) while the Mate 10 Pro is taller (154.2mm) and narrower (74.5mm). Both have a slightly curved back panel which makes them easier and more comfortable to hold. We liked the narrower profile of the Mate 10 Pro better.

Likewise, the placement of the fingerprint sensor is an obvious differentiator between the two — the Mate 10 has it up at the front while the Mate 10 Pro has it at the back, just below the rear camera. 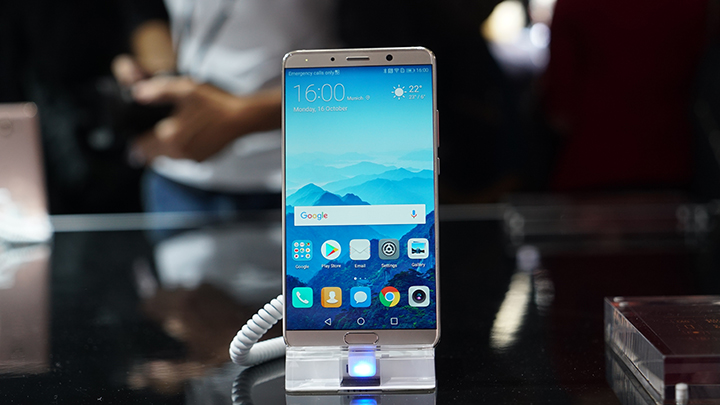 On the front side, the Mate 10 and its 5.9-inch display uses an IPS LCD while the Mate 10 Pro has its 6.0-inch display upgraded to an OLED panel which gives it a 70,000:1 contrast ratio. Despite the difference in aspect ratio and resolution, Huawei still calls both as FullView displays (referring to the near bezel-less displays of the phones).

Both phones are protected by glass both at the front and the back, although Huawei has identified it as Gorilla Glass, they didn’t specify which version it is. 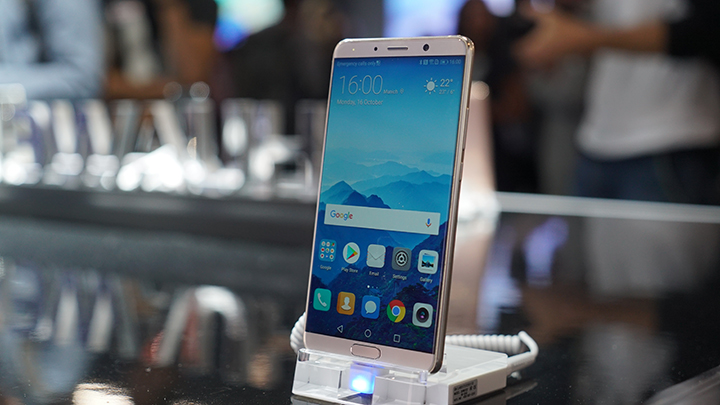 The Mate 10 still inherited the look and feel of the Mate 9 — solid on the hands, has a bit of heft to it (178 grams!) and somewhat slippery to hold due to the glass exterior. Having been used to the 18:9 aspect ratio of this year’s flagship phones, the 16:9 seemed to too bulky on the hands already. Huaweialso removed the 3.5mm audio jack in the Mate 10 Pro but kept it on the Mate 10.

The only other differentiating external features of the Mate 10 Pro is the option for the Midnight Blue and Titanium Grey color variants whereas the Mate 10 has Champagne Gold and Black. That’s on top of the Pink Gold and Mocha Brown that’s available for both models.

The Mate 10 Pro also reminded us of the LG G6 (or the G6+ for that matter) and there are a lot of uncanny resemblance between the two. 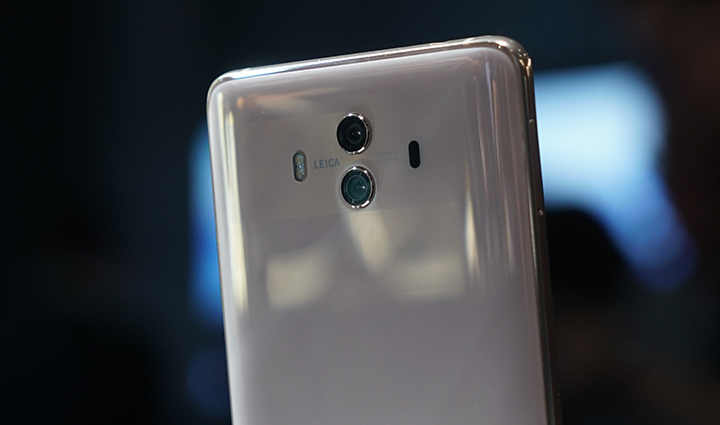 The internal hardware for the Mate 10 and Mate 10 Pro are basically identical except for options with RAM (4GB vs. 6GB) and storage (64GB vs. 128GB). Everything else is exactly the same so we expect the same performance and benchmark scores for both. 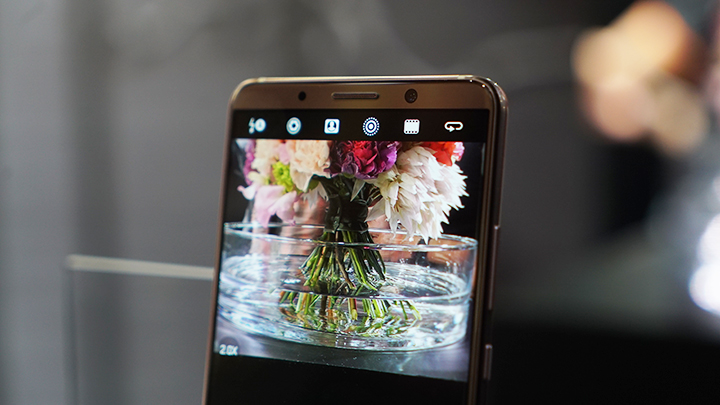 This is the first time that we’ve seen the Kirin 970 AI chipset that Huawei has been bragging about. It is based on an ARM Cortex A73 processor so we’re expecting really good performance and benchmark scores as well.

The dual rear camera of the Mate 10/10 Pro is also very intriguing especially since both have a wide f/1.6 aperture which is going to be great for low-light scenes. These are 4th-generation Summilox Leica optics with the same RGB+Mono setup. So far, our initial tests in the demo area earlier showed impressive results.

One native feature of the Mate 10 series that we saw was the ability to directly hook up the device to a monitor or TV via a USB Type-C cable. The Mate 10 has built-in DisplayPort 1.2 support so you don’t need any dock in order to sync it to an external display (shoots the Samsung DeX concept out of the water). 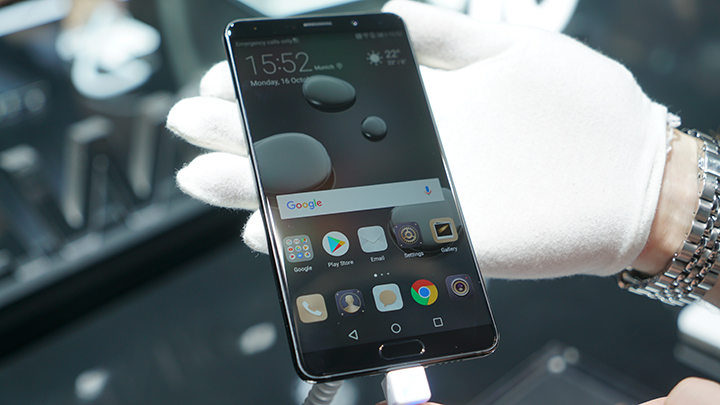 Finally, Huawei managed to get Android 8.0 Oreo in the Mate 10 right out of the box. Huawei also skipped to EMUI 8.0 from the current EMUI 5.1 we’ve had with other Huawei smartphones although we have not noticed anything significantly different at first glance.