Just recently, Huawei finally unveiled their newest Lite smartphone in the form of the Mate 20 Lite. In this specs comparison, we will check how it fares with two of the company’s popular smartphones — the Huawei Nova 3i and the Honor Play. Which do you think will come out on top? Let’s begin! 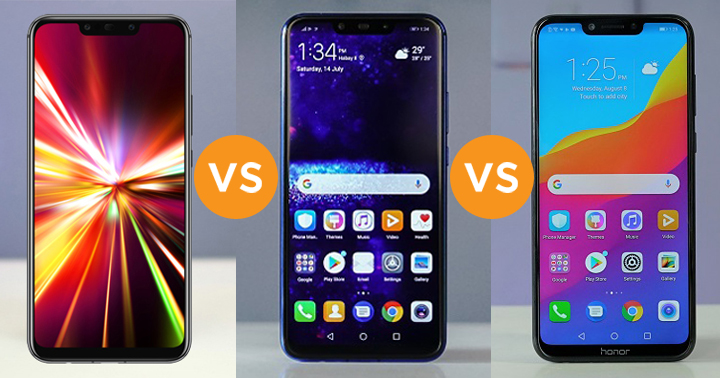 Let’s tackle each key aspects one by one, shall we?

First off, the display configurations of the three smartphones are almost identical except for one thing. The Mate 20 Lite is equipped with an LTPS IPS panel which is more power efficient than the normal IPS LCD. All smartphones give an excellent viewing experience but the Mate 20 Lite has a slight edge over the other two.

The Honor Play’s flagship chipset, the Kirin 970, is definitely the winner in terms of overall performance. This is the same chipset used by most of Huawei’s early 2018 and late 2017 flagships (see the list of Kirin 970 smartphones here).

What we are not sure, however, is if the Mate 20 Lite also comes with GPU Turbo just like with the Nova 3i. Check out the AnTuTu scores that we got from the Nova 3i and Honor Play.

In terms of camera performance, we’re not yet sure which one is the clear winner since we don’t have sample shots yet from the Mate 20 Lite. On paper, however, it has the highest main rear resolution and has an equal front resolution with the Nova 3i. Check out the sample shots that we took here (Nova 3i and Honor Play).

Author’s note: The Mate 20 Lite does not have Leica lenses which means that we can’t determine yet which one wins in the camera aspect.

The Huawei Mate 20 Lite and Honor Play both have the same 3,750mAh battery and fast charging capabilities. This doesn’t mean that the Nova 3i is the least capable battery performer. Based on our reviews, it lasted longer than the Honor Play on both PC Mark battery test and video loop test. We’ve yet to know, however, how the Mate 20 Lite fares in this aspect.

In summary, we’ll be picking the Honor Play as our number one choice due to its CPU and GPU performance. Next is the Nova 3i for the internal storage and last will be the Mate 20 Lite for the viewing experience.

Author’s Note: This verdict is subject to change once we get a local pricing for the Mate 20 Lite since we’re also looking at the value-for-money perspective.

What do you guys think of this specs comparison? Let us know your thoughts in the comments section below.