Huawei’s line-up is starting to look more unified with the launch of the Mate 9 and the GR5 (2017) and a lot of the features are consistent across product lines. 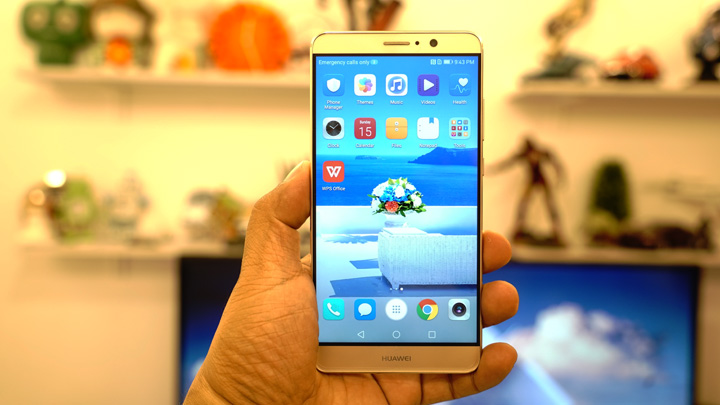 Nevertheless, the Mate 9 stayed true to its promise and then some more.

The Mate 9 retained the same design distinction as its predecessor but with a few noticeable cosmetic changes. The over-all footprint has been slightly reduced to a 5.9-inch display compared to the 6-inch from previous years. Nevertheless, it’s still a sizable device with premium screen real estate yet more manageable with one hand. 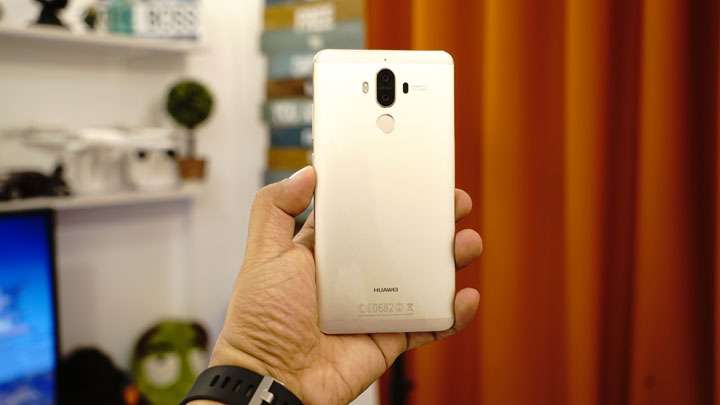 The power button and volume controls are on the right; the SIM card slot is on the left, IR blaster and 3.5mm audio port up top; and the speakers and micro-USB Type-C port down below. The full glass front panel protects the screen while the narrow bezels at the top and bottom corner is lined with what seemed to be metallic parts with concentric patterns laser-etched in them. Even with its size, they device is still comfortable to hold with one hand. The chamfered edges provides better grip and the curved back allows for good handling. The back panel is excessively glossy but not slippery. The gloss finish is something new and never seen applied in a phone before.

The camera at the back is stacked on top of the other with the sensors on the right and the LED flash on the left. The fingerprint sensor is just below it. This placement allows you to reach out to the sensor and unlock the phone comfortably while holding it with one hand. The sensor is fast and accurate and can handle a maximum of 5 unique prints.

It cna also do more than just to unlock the phone. When activated, it can also be used to lock certain files or apps, access the notification panel (swipe up/down), scroll between photos (left/right, full screen), take a photo, answer a call or stop an alarm clock (touch and hold).

With a large 5.9-inch display, the Mate 9 is among the biggest phablets in the market today (most are just in the 5.7-inch range like the Note7, Zenfone 3 Deluxe or the V20). Despite its size, the phone can still be comfortable used with one hand, a benefit from a high screen-to-body ratio (77.5%). 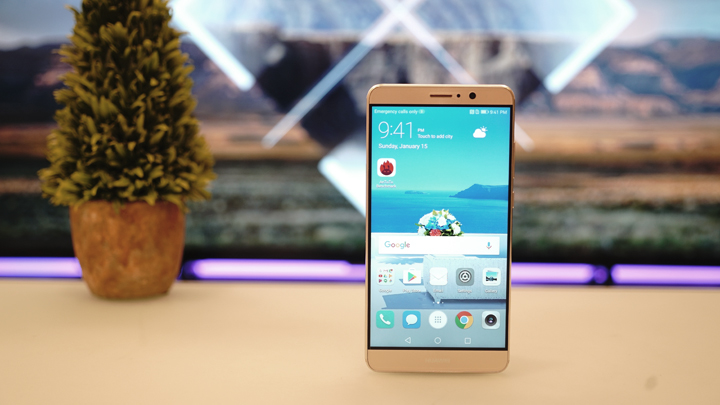 The IPS LCD display has a resolution of 1920×1080 pixels, resulting to an average 373ppi pixel density. It remains crisp and clear, has vivid colors and bright enough even in the outdoors.

While most other flagship phones have moved to quad HD (2560×1440 pixels) or higher resolutions, Huawei’s insistence in sticking with full HD is still warranted. Full HD displays have fewer pixels to lit up and, thus, saves up on power and battery life compared to the more dense quad HD screens.

The full HD resolution is still good at this size and the compromise they’ve made is a reasonable one. In fact, in order to demonstrate that they can, Huawei utilized a QHD display in the 5.5-inch Mate 9 Pro and Mate 9 Porsche Design.

The screen has additional features like Eye Comfort (blue light filtering) and adjust color temperature aside from the ability to change the view mode, font size and font style to your liking.

Using a 2nd-generation Leica-certified optics, the dual rear camera of the Mate 9 has certainly improved. The main rear camera has a 20-megapixel monochrome sensor. This sensor is the one that takes the primary shot which captures most of the details of the image. The second camera has an 12-megapixel RGB sensor which is responsible for getting the color accuracy, saturation and tonality of the same image. By combining the images taken by the monochrome and the RGB sensor, the results becomes a single image that takes advantage of all the image data taken by the two sensors.

One big improvement that we really liked about the new camera is the cleaner low-light images even under long exposure setting . You can set the exposure manually up to 30 seconds to create stunning night shots such as this one. The quality of the photos are very good. Daylight shots are clean and crisp, and the details are very evident. Low-light shots are also very good although not all the time — fails when there’s uneven lighting but does very well if it’s generally even darkness (see samples in the gallery below). 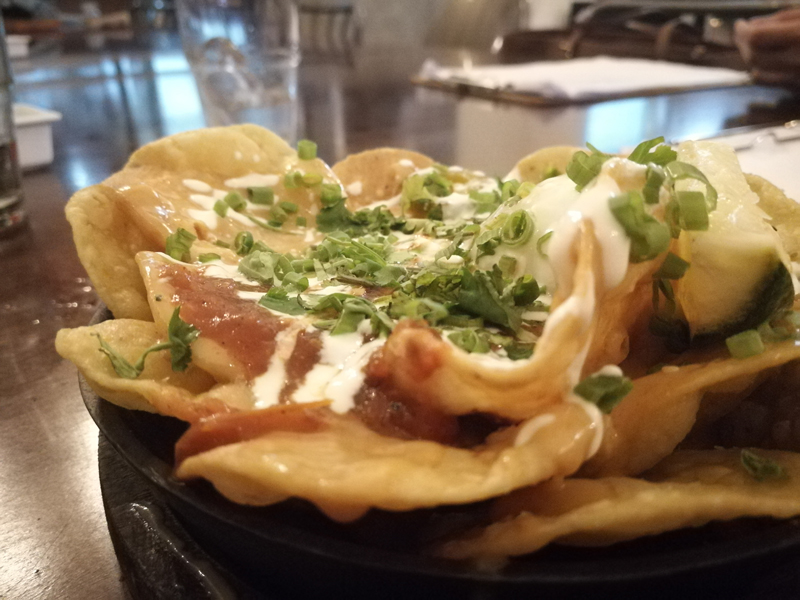 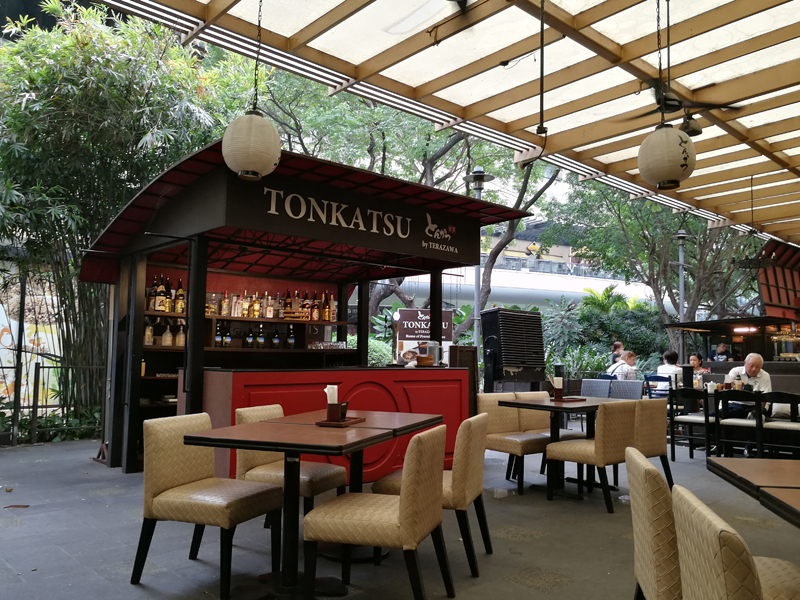 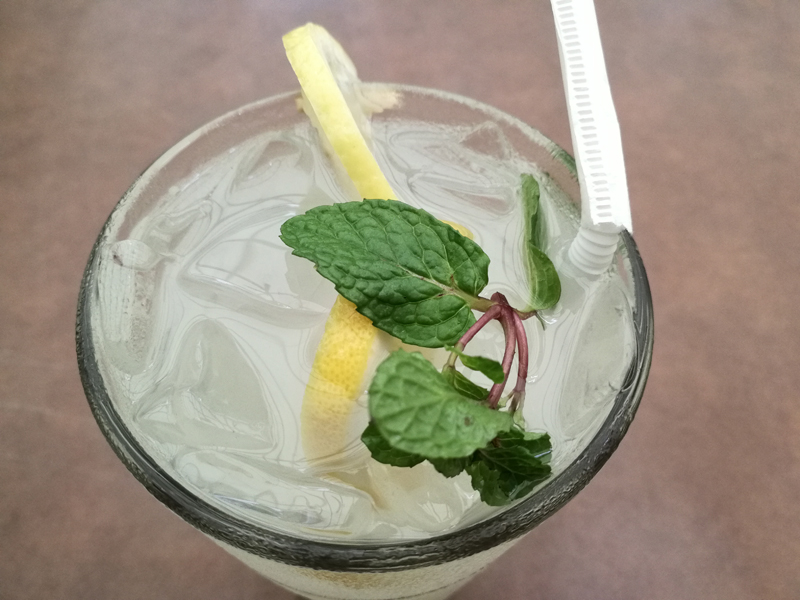 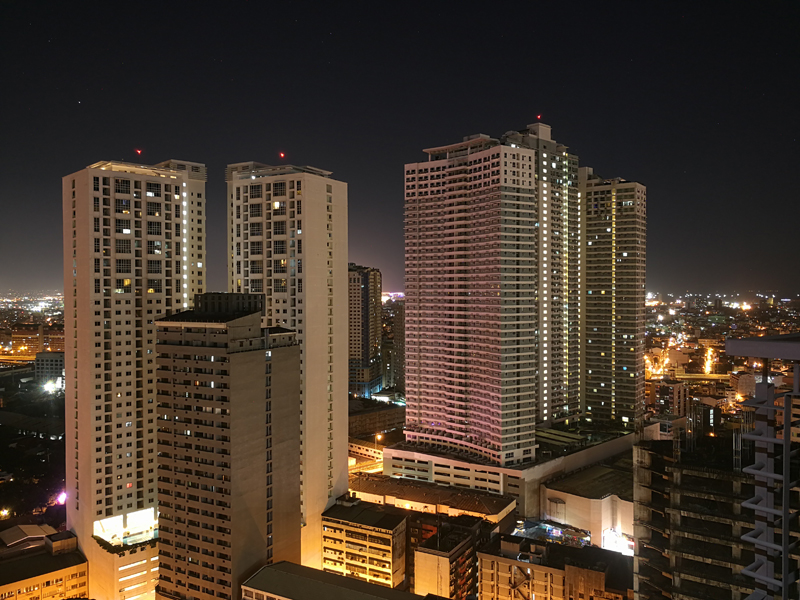 The camera can also simulate a wide aperture effect to give you that creamy bokeh effect you normally see done in dSLRs. In this mode, the camera takes a raw copy of the image which can later on be edited to focus on different subjects at any aperture opening that you want. 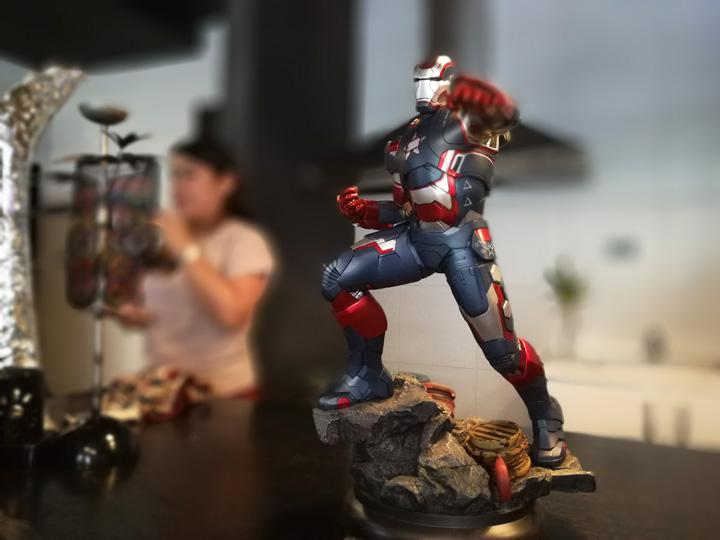 This is done in the software layer and can sometimes deliver very impressive results. However, there will be times that the background might be hard to determine and could result to un-even bokeh (a closer look at the sample above shows the background in between the legs of the figure are not blurred). The aperture can be set from a very wide f/0.95 right up to f/16. When done right, it could produce very nice results, just like the one below. The changes in aperture is just a software simulation since it does not affect the exposure of the shot.

The Mate 9 comes with Android 7.0 Nougat right out of the box. Huawei added their own customization over the operating system called Emotion UI (EMUI). It’s typically a flat, multi-window interface which is patterned from iOS. If you don’t like the default look, just go ahead and change it via the Theme App (icons, wallpaper and themes). Users complained that the flat, folder-based UI of the previous EMUI from Huawei were a little cluttered, the new EMUI 5.0 is more organized by re-introducing the app drawer. It’s not really the default interface but you can adjust and bring it out from the Home Style settings.

While the navigation keys are standard, you can also select the arrangement you want or add an extra button (notification window) to the menu. 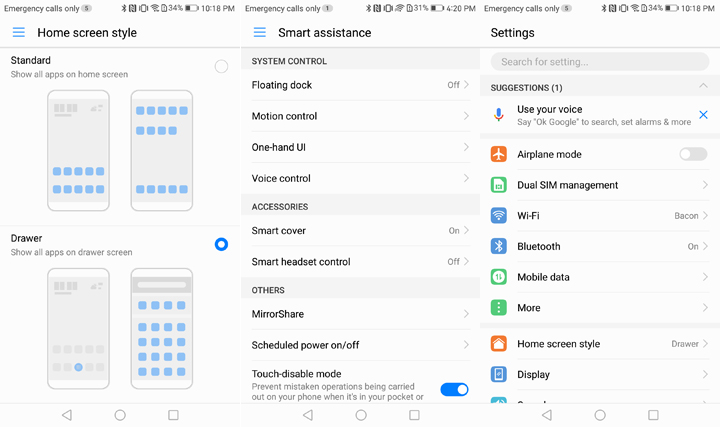 There are a lot of new features that assists in usability and handling. All you need to do is dig into the System Settings and activate the ones that you want.

EMUI 5 comes with a few custom tricks like ability to run two instances of the same app called App Twin (FB Messenger and Whatsapp), switch to a secret secondary account (PrivateSpace) with it’s very own files, contacts and messages. Emy, the voice control feature is still there. When enabled, Emy allows you do simple tasks like calling a contact via voice command.

Along with the Mate 9, Huawei also revealed their newest chip, the HiSilicon Kirin 960. The Kirin 960 is the first chip to incorporate the ARM Cortex A73 architecture. The chip is paired with an i6 co-processor and Mali-G71 MP8 graphics.

The i6 co-processor is a low-power that can handle lighter tasks such as GPS navigation and always-on display functions which can result to optimized power consumption. The Mali-G71 GPU is built on a 16nm manufacturing process and features 8 cores instead of the old 4 from the T880 MP4. While Huawei didn’t really pushed the clock speed, the sustained 2.4GHz core can perform at longer intervals with lower operating temperatures due to the new 16nm design. There is also support for high-speed LPDDR4 RAM so performance from that end will also be noticeable.

In our benchmark tests, the Kirin 960 definite came within batting distance as many other flagship phones running Snapdragon 820 and Exynos 8890. 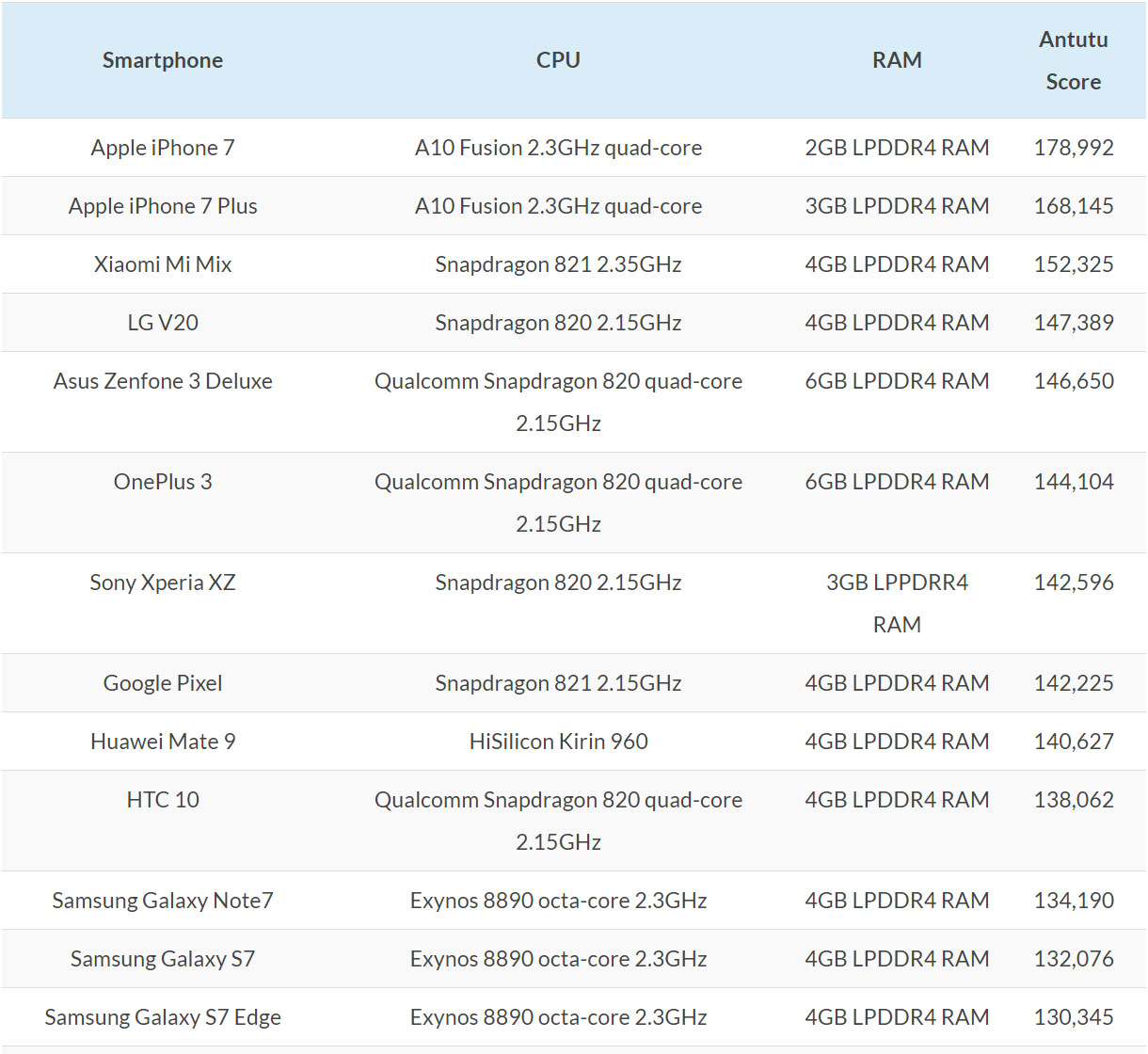 The Mate 9 features a hybrid dual-SIM slot. This means that the first tray supports a nano-SIM card and the second tray supports either a microSD card or another nano-SIM. Both SIM tray supports 4G LTE but you can only activate one LTE SIM at a time.

Call quality is superb, voice is loud and crisp and all the wireless signal have very good reception. This is one of Huawei’s strongest advantages considering they’re manufacturing radio towers and doing R&D for cellular networks.

The 4,000mAh battery of the Mate 9 is already sizable but they managed to maximize the battery life by introducing optimizations into the system and the hardware. We know that the decision to stick with the 1080p display is a consistent decision towards this end (the reason why they placed a quad HD display on the Mate 9 Pro as an indication that they can do it if they wanted to). 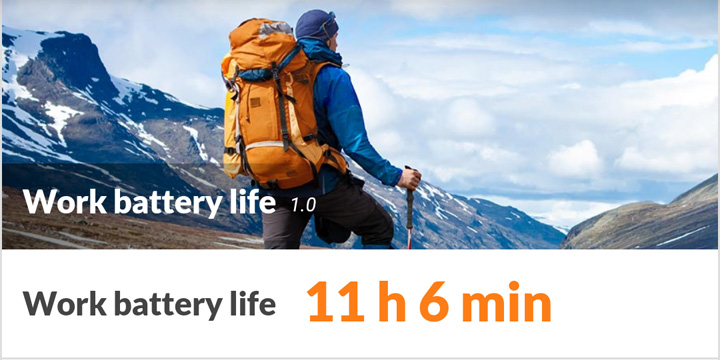 In our PCMark Battery Test, the Mate 9 got 11 hours and 6 minutes from full charge at 50% brightness and 0% volume. Using our standard video loop test, it lasted a total of 16 hours under the same conditions and in airplane mode.

Huawei included a SuperCharge technology on the Mate 9 which is similar to Qualcomm’s Quick Charge 3.0. It comes with special SuperCharge charger with a rating of 4.5V/5A that juices up the phone from zero to 100% in about 55 minutes.

Huawei is certainly putting a lot of effort in its flagship devices lately. It started off in the P9 and continued to innovate with the Mate 9. With very few strong devices in this category, the Huawei Mate 9 can easily compete with the best flagship phablets out there. It just needs to differentiate itself from the rest and we think they got it right this time. 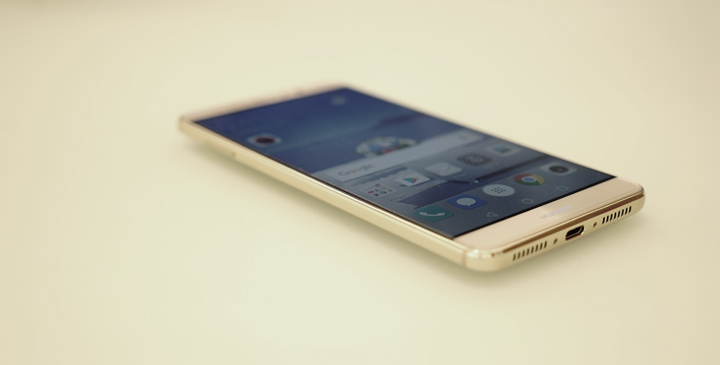 What we liked about it:
* Impressive performance
* Great camera
* Very long battery life
* Fast charging
* Nougat right out of the box