Huawei Mulan looks to be the best flagship phone yet

Huawei Mulan looks to be the best flagship phone yet

Huawei seems to be on the works to release its next flagship device. Codenamed ‘Mulan‘, it has a really slim profile and impressive specs which reports say could be “one of the best phones, ever.” 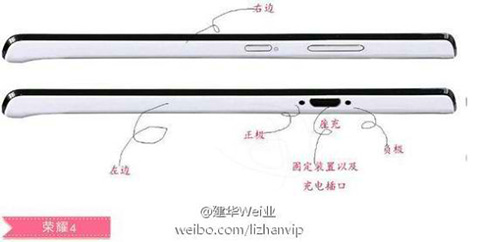 Judging from its rumored specs, there’s a lot to focus the spotlight to. First, there’s the new Kirin 920 chipset that’s made up of a quad-core Cortex-A15 and another quad Cortex-A7. This chip also boasts multi-mode LTE Cat 6 radio that allows data speeds of up to 300 Mbps in addition to a low-power l3 sensor co-processor.

The Huawei Mulan can also record videos in 4K resolution and has a dedicated audio processor. If that still doesn’t get you excited, it was put to test on AnTuTu benchmark and scored a whopping 37,999 – higher than any flagship phones in the market today.

There’s no word on its release and pricing as of the moment, but rest assured that we’ll keep tabs on it.