Huawei’s second Nova device, the Nova 2 Lite, was launched just a week ago and will start its pre-order run 2 days from now. After a series of reveals, the company finally revealed its pricing. It aims to invade the sub-Php10k market like how the Nova 2i invaded the mid-range market last year. 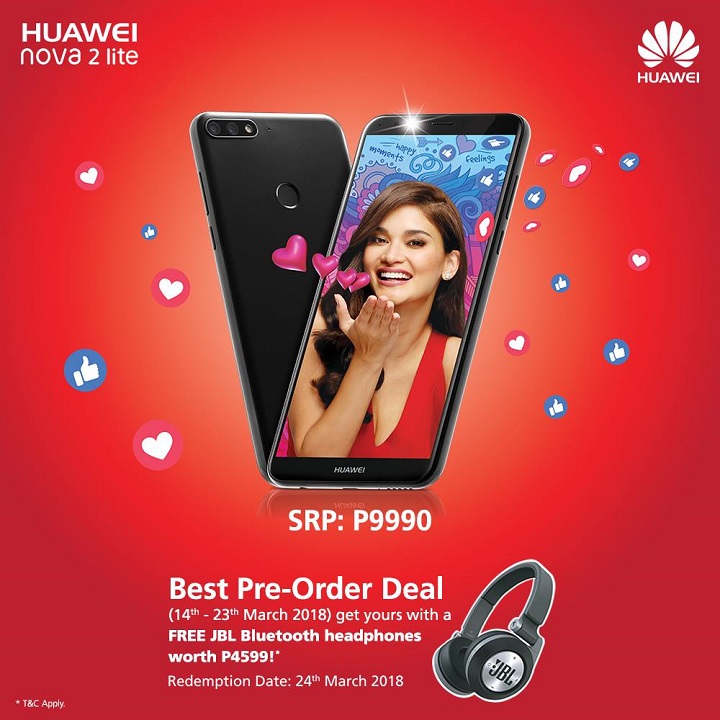 The news came via a post on Huawei PH’s official Facebook page. The Nova 2 Lite is priced at Php 9,990 and will come with a free JBL Bluetooth headphones worth Php 4,599 if pre-ordered during March 14 to 23. Pre-ordered units will be released on the 24th. The device is a toned-down Nova 2i but hopes to establish its presence as an entirely different handset for the masses.

See also  Huawei P30 Lite vs Samsung Galaxy A50: Battle of the Affordable Premium Phones of 2019

I like it better when you have preview images on your newsletter feeds. It’s very useful for me just to scan the contents then bookmark for later reading if anything is interesting. Now I just skip the whole email.