Huawei has officially unveiled its latest flagship smartphones under the P-series, and one of them is the Huawei P40. Compared to its predecessor, the P30, let’s find out what has changed and see if there’s a need for you to upgrade. 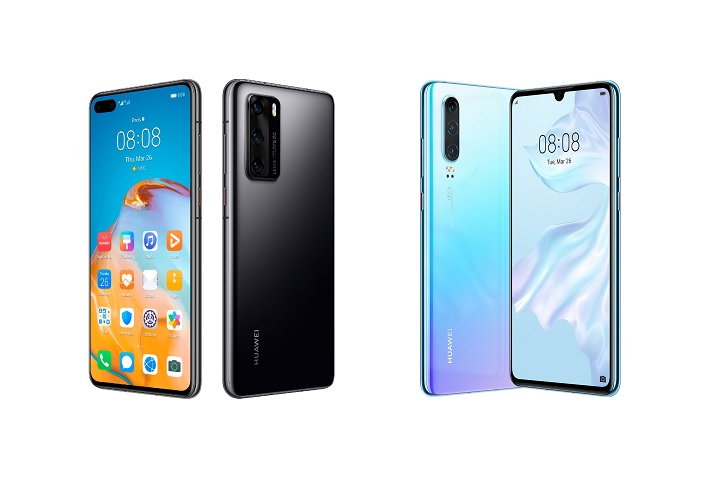 It looks like the P40 has lots of new things to offer over the P30, spec-wise. There’s the newer Kirin 990 5G chipset, which we can expect to perform better than the Kirin 980, and faster storage type.

When it comes to the cameras, the P40 has a higher main camera resolution. But that’s just the number of pixels though as the P40 has RYYB technology and Octa PD AF. So, we’re expecting improved camera quality over the P30.

As for the other cameras, Huawei has retained the resolution for the ultra-wide and telephoto. The same goes for the front camera. However, the P40 has a secondary front camera for depth-sensing.

When it comes to connectivity features, the P40 has the latest, which includes 5G, WiFi 6 Plus, and Bluetooth 5.1.

For the battery, Huawei has slightly increased the battery capacity of the P40 by 150mAh. It’s not a lot but still an increase. Fast charging is retained at 22.5W.

Software-wise, the P40 runs on EMUI 10 based on Android 10 right out of the box. However, it doesn’t have Google Services and instead uses HMS with AppGallery. The P30, on the other hand, has GMS for those dependent on Google Services.

Not really. Unless you need the new camera features and 5G connectivity. Otherwise, the P30 should be more than enough for another year until the P50 arrives.

What do you guys think? Let us know your thoughts in the comments below.