Cherry Mobile is the country’s top smartphone brand, according to the IDC data gathered in the Philippines in 2017. 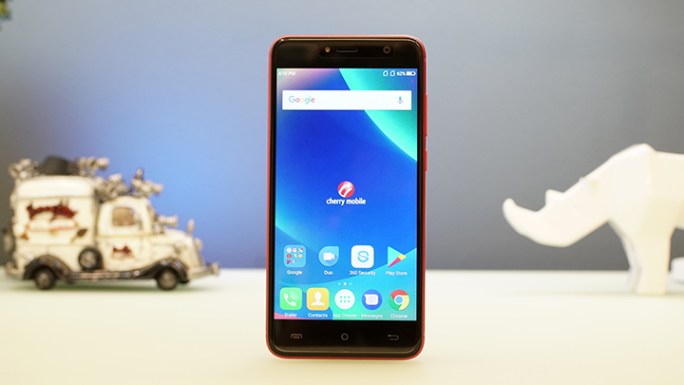 In a press conference earlier this week, the market intelligence company detailed the top five smartphone brands that dominated the country this past year. Cherry Mobile still remains the top choice for Filipinos with a 23% market share, citing strong local influence, competitively priced smartphones and a massive reach that spans onto lower-tier cities and rural areas.

Samsung follows at second place with 17% of total share, maintaining its 2016 position with a seemingly untarnished reputation over the Note7 fiasco which seemed to have a very minimal impact locally, combined with more offers from its Galaxy J series of smartphones.

Chinese brand OPPO is still at third place with 12% of the total shares and is attributed to its aggressive marketing campaigns using brand ambassadors and influencers, and the use of the selfie ideology as its key core component in its products distributed locally.

Vivo jumped to fourth place compared to fifth last year, noting that its similarly-substantial marketing activities and its partnership with Moonton’s Mobile Legends being key factors to its rise.

Rounding up the top five is, surprisingly, ASUS with a 5% market share. Despite the obstacles it faced with bigger marketing campaigns from other brands, the Taiwanese tech giant started to bring out again bang-for-the-buck devices that catapulted them to a better market share.

Other brands not listed share the 35% of the overall local smartphone market.

The smartphone industry has also seen a difference when it comes to consumer preference, as phablets or devices 5.5-inches and up are becoming more popular compared to other device sizes. Users cite that bigger devices are better for entertainment consumption, among other reasons. 4G-equipped phone sales have also increased with a 54% market share last year, and average selling prices increased to USD134 or roughly Php7,000 when directly converted.

IDC also predicts that dual cameras, 18:9 displays, bezel-less designs, larger in-phone memory, and AI-assisted operations will dominate the trends for smartphones this year in the Philippines, and there is seen to be a bigger push with ESports, VR, and fitness content this year.

The IDC is a global provider of data-driven research, analysis, market intelligence, advisory services & events for the ICT, telecommunications, and consumer technology markets, and is often highly regarded for its market research.