Infinix has officially announced the launch of an upcoming Note 12 series smartphone that will be powered by the Mediatek Helio G99 processor. 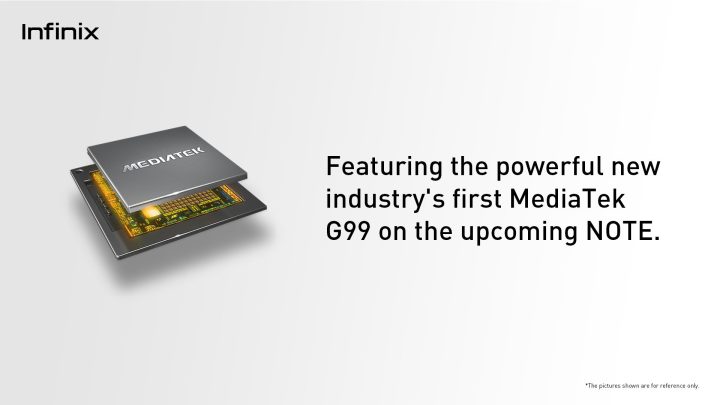 The Helio G99 however does not come with 5G connectivity but rather is only a 4G/LTE-only chipset. Other features that it will support are cameras of up to 108MP, FHD displays with a refresh rate of up to 120 Hz, LPDDR4X memory, storage with UFS 2.2 speeds, Wi-Fi 5, and Bluetooth 5.2.

We’re thrilled to officially announce we will be working with @MediaTek on implementing the industry's first powerful Helio G99 processor into a new NOTE 12 series smartphone coming soon.#Infinix #NOTE12Series pic.twitter.com/RqyouxCJPh

No pricing and availability has been announced for the new Note 12 series phone but Infinix has hinted that it will be coming soon.