Last year 2020, we reviewed the Infinix Hot 9 Play, and we thought that its features offered more for its price of less than Php6,000. Moving forward to this year, the brand released the Infinix Hot 10 Play with a Helio G25 processor, 2GB of RAM, and 32GB of internal storage, but that’s not what we’re featuring in this review. 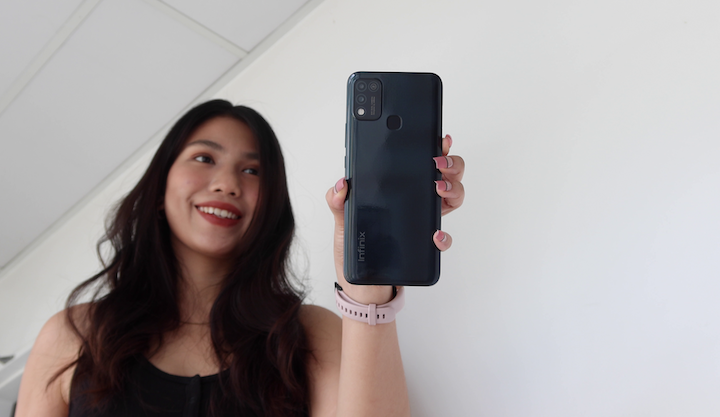 What we have is the upgraded version of the Hot 10 Play, which the brand just recently released. It now has a more capable Helio G35 chip, together with 4GB of RAM and 64GB of internal storage. So let’s see how it performs for day-to-day use.

Looking tall, the Infinix Hot 10 Play isn’t too hefty despite its massive 6,000mAh battery. We get a pipeline pattern in a polycarbonate build that somehow gives a glass illusion from afar. It is prone to fingerprint smudges, so it’s best to use the free hard case in the box.

The unit we have is the Obsidian Black colorway, but you can also opt for the Morandi Green, Aegean Blue, and 7° Purple. Also, at the back, we can find its fingerprint sensor and dual rear cameras that can easily be mistaken with three or four lenses. 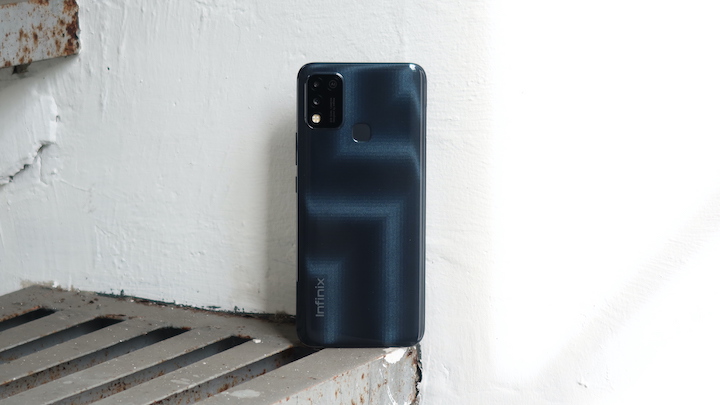 Upfront, the bezels are quite thick in today’s standard, and we also get a dewdrop notch on the upper middle, together with an LED indicator and the front speaker. 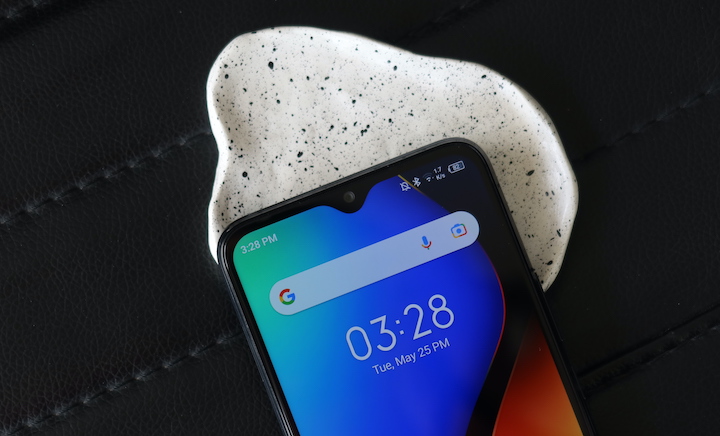 Located on the right side are all the buttons: the volume rocker and power button. 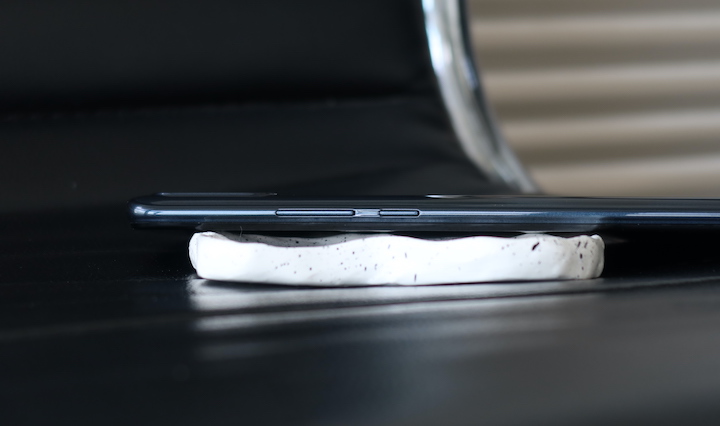 Meanwhile, situated on the left is the triple card tray. 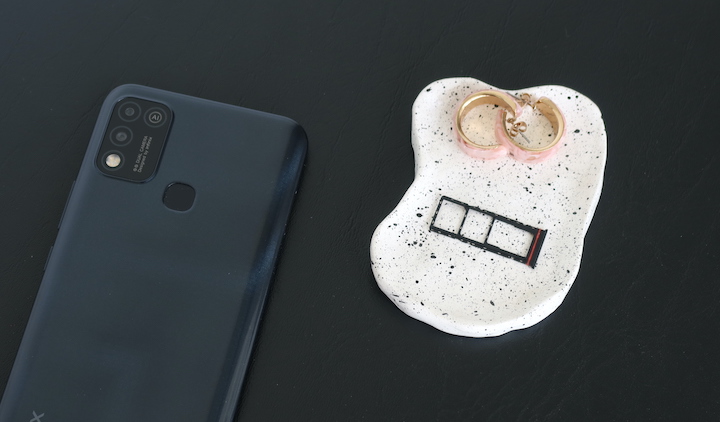 There’s nothing on top but found at the bottom are its main microphone, micro USB port, and a 3.5mm audio port. Similar to last year’s Hot 9 Play, this series still doesn’t have a down-firing loudspeaker, so you can expect the sound to only come out from the earpiece. 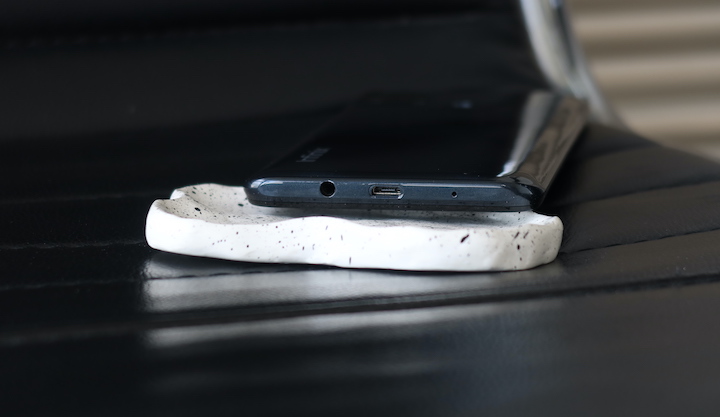 Therefore, don’t expect much from it, but it can be enough for a small room with clear highs and mids. Bass, on the other hand, isn’t much present here. In this case, we highly recommend that you take advantage of its headphone port, as well as the pre-installed DTS Sound app, to personalize your listening experience. 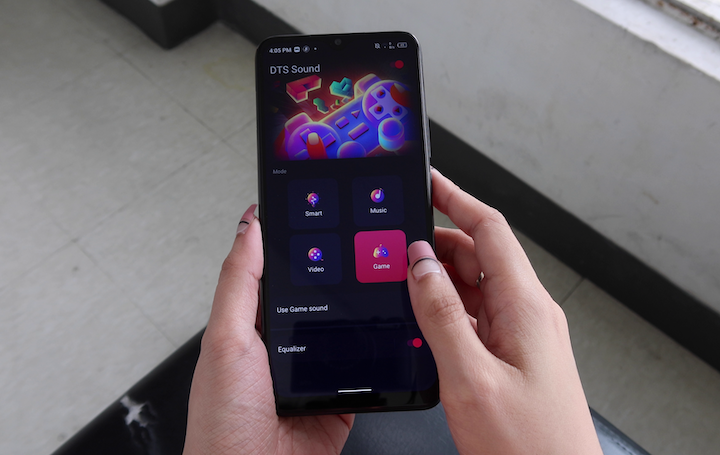 Focusing on display, the Infinix Hot 10 Play sports a 6.82-inch IPS LCD screen with a resolution of 1640 x 720px, capable of 266 PPI. The quality did improve from its predecessor, and you can now also watch up to 1080p videos on YouTube. 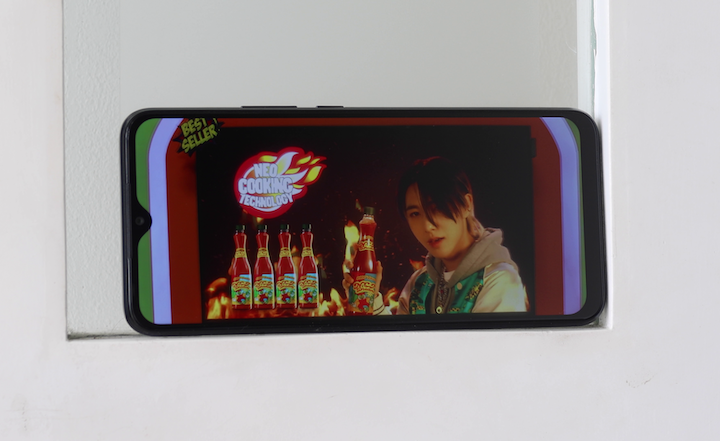 As for picture quality, it shows accurate colors that can get nicely vibrant indoors. Viewing angles are great, and you can still clearly see the display outdoors whenever you set the brightness to max. 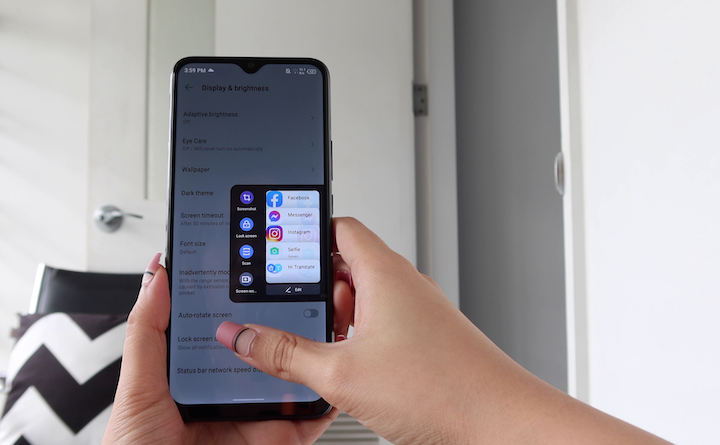 For the cameras, its dual rear shooters are composed of a 13MP main and an AI lens that the brand didn’t really specify. We’re guessing that it’s similar to the QVGA low light sensor that its predecessor has. As for selfies, it packs an 8MP front camera. 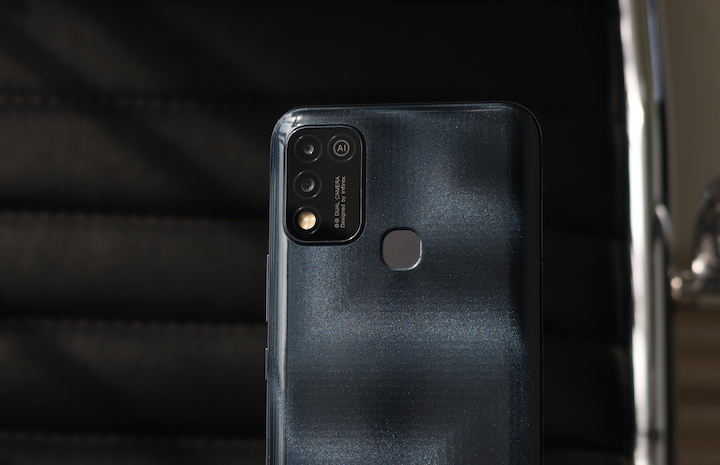 Generally, shots taken with the rear cameras look sharp and clear with accurate colors under good lighting conditions. However, it struggles under low light, and there’s no wide nor zoom option in it. Nonetheless, they’re actually not that bad for a budget smartphone.

Selfies, on the other hand, somehow give off a smoothening effect on the skin, and it falls more on cooler tones. There’s also an AR shot feature for some quirky built-in AR design effects.

As for videos, you can shoot up to 1080p, but of course, don’t expect any stabilization here.

Running the software is Android 10, skinned with Infinix’s own XOS 7.0. It has an identity of its own compared to most smartphones today, but it can be overwhelming with a few ads, bloatware, and pre-installed apps like Google, Facebook, and some games that you probably won’t play. Either way, if you’re new to Infinix’s XOS skin, it will really take some time to get used to. By default, there’s a home screen drawer, and you get the option to navigate with gestures or the usual three on-screen buttons. As for other features, there’s dark mode, game mode, social turbo for WhatsApp, digital wellbeing and parental controls, and message split screen. 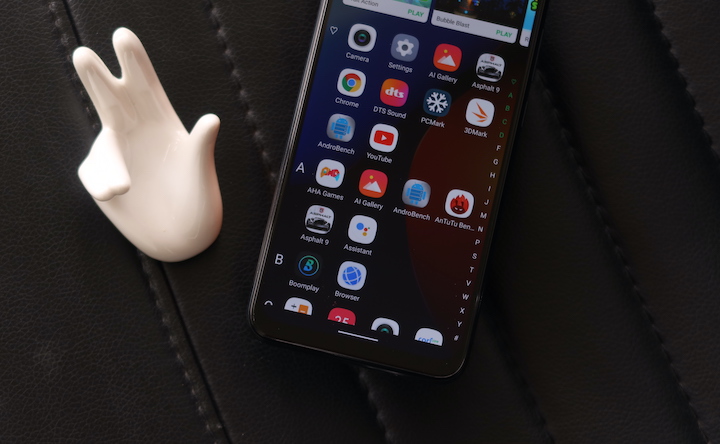 Out of the 64GB of internal storage, we get a usable 48GB out of the box. By the way, you can expand it via the microSD card slot for up to 512GB.

Performance-wise, the upgraded Infinix Hot 10 Play is powered by a Mediatek Helio G35 chipset that’s coupled with a PowerVR GE8320 GPU and 4GB of RAM. With this configuration, the phone can smoothly handle continuous calls, messaging, media streaming, social media browsing, and other casual activities. We think it was a wise decision for Infinix to up the performance further for the Hot 10 Play. Just make sure to keep the system optimized to avoid some lags.

Below are the benchmark scores results that we got:

When it comes to gaming, playing graphically intensive games can sometimes lead to a laggy experience, so we suggest playing under the lowest available settings and use the Game Mode that you can find in the settings. 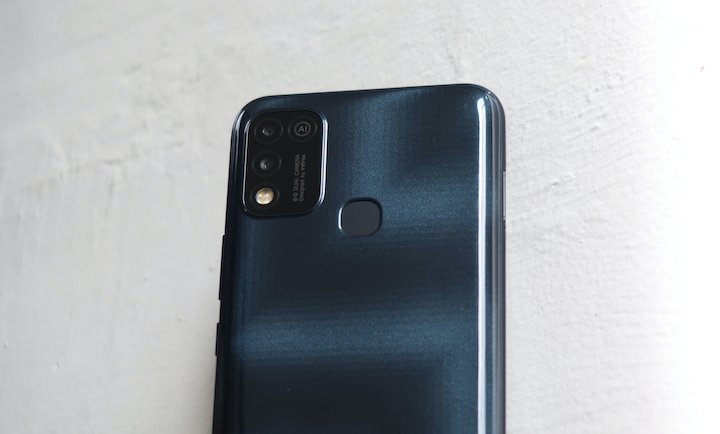 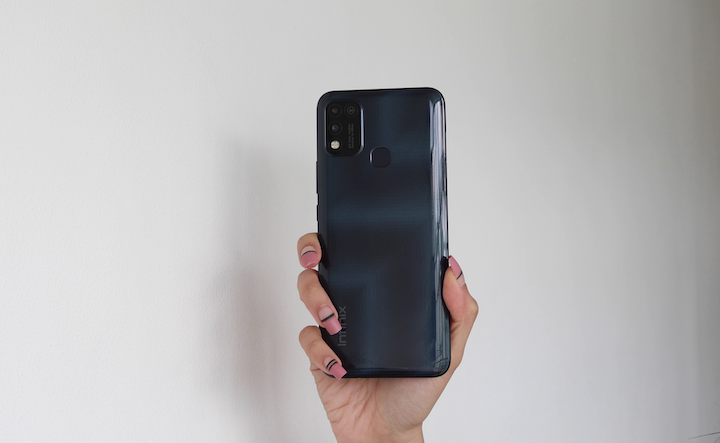 Talk about one of its highlight features; with a whopping 6,000mAh capacity, the Hot 10 Play can definitely last you 2-3 days under casual use.

When we ran it through the PCMark’s battery test, it yielded 14 hours and 33 minutes, which is honestly lower than what we expected. However, in our standard video loop test wherein we kept a 1080p video playing on loop under 50% brightness and volume, airplane mode turned on, and earphones plugged in, we got a long 25 hours and 24 minutes. Charging, on the other hand, takes quite a while for about 2-3 hours. I’m not complaining, though, since it’s surely reasonable for the price you’ll pay. And there you have it. What do you think of this upgraded Infinix Hot 10 Play? Do let us know in the comments.