Lenovo launched in the country a few weeks ago the PHAB Plus, the company’s latest smartphone that also doubles as a tablet thanks to its 6.8-inch display. Armed with a Snapdragon 615 octa-core CPU, Android Lollipop, and a Php15K price tag, can the PHAB Plus be the best option for those who want a smartphone and a tablet in one? Find out in our full review below. 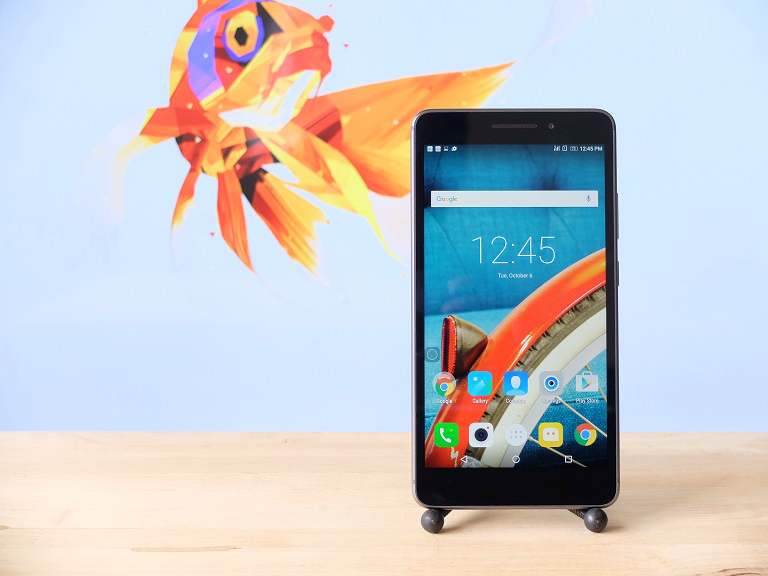 The first thing you will notice about the PHAB Plus is its size which you can blame on its large 6.8-inch screen. It will dwarf most smartphones out there, even the 6.4-inch Sony Xperia Z Ultra. It’s basically a tablet per se, however, Lenovo implemented a metal unibody design that makes it look like just an over-sized Lenovo S90 or Apple iPhone 6 Plus. 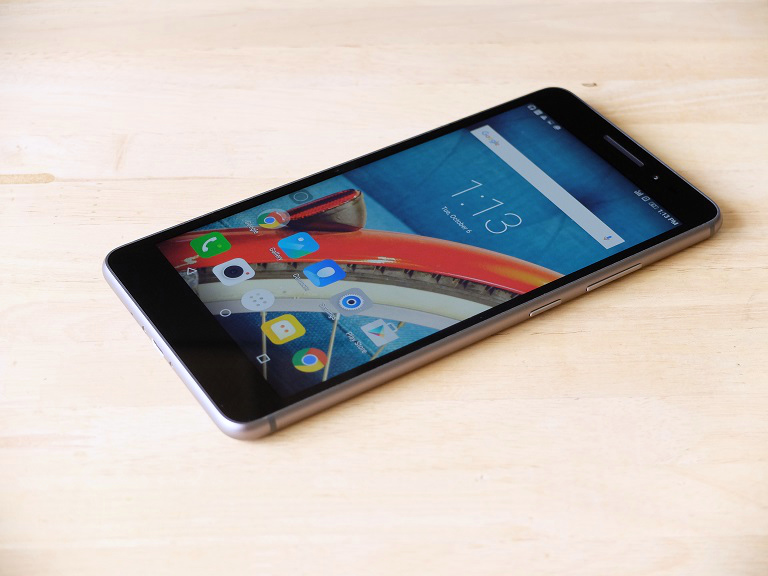 The front of the device is covered with glass from top to bottom. Also found here is the 6.8-inch screen, receiver, notifications light, 5 megapixel front camera, and light sensor. The PHAB Plus uses on-screen navigation buttons, leaving the bottom part with some wasted space. On the bright side, it serves as a good thumb rest when holding the device in landscape mode. 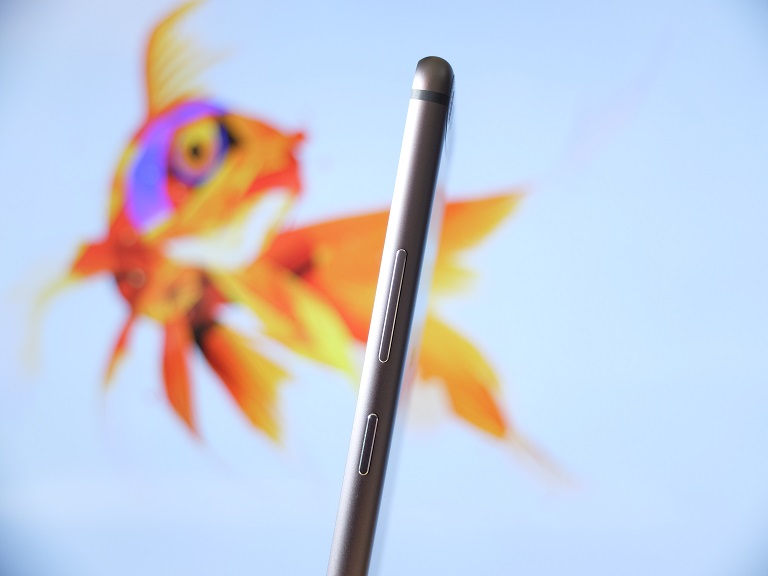 Found on the right side are the metallic volume and power / lock buttons. While on the left is the SIM and micro SD card tray. The SIM tray can accommodate a micro SIM (SIM Slot 1) and nano SIM (SIM Slot 2). The second SIM slot also doubles as the microSD card slot allowing you to expand storage but at the expense of dual-SIM capabilities. 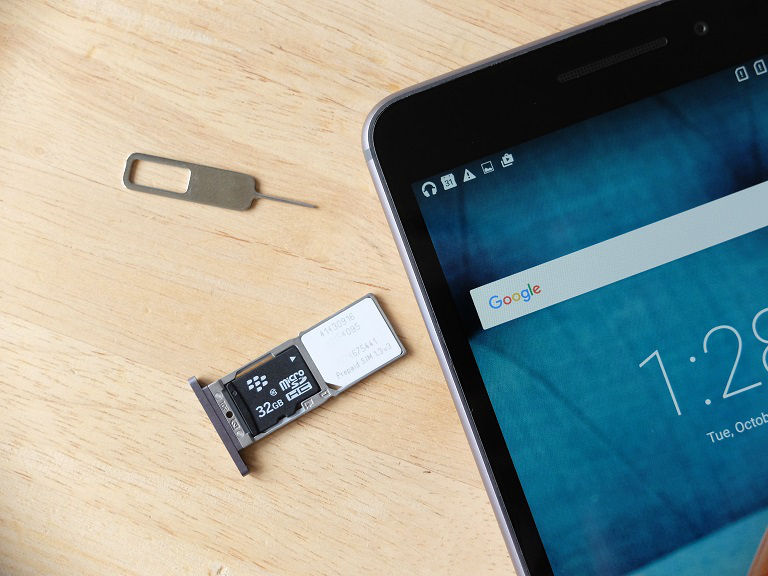 Right up top is the headset jack, while down at the bottom is the micro USB port, a pair of screws, and the microphone. Flip it on its back and you will see the 13 megapixel camera, dual-tone LED flash, while the dotted gray strip houses the loudspeaker and anti-noise microphone. 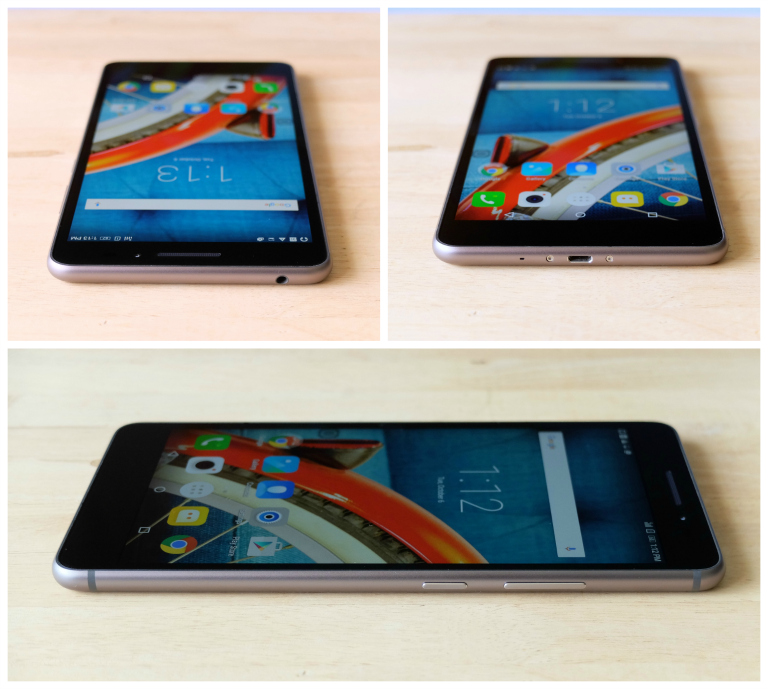 On hand, the PHAB Plus feels premium and cool to the touch thanks to its metal unibody. The edges are rounded for better handling and sleeker aesthetics. It’s slim at 7.6mm but hefty at 229g. Obviously, it’s a tall and wide device so it demands that you use two hands even for a person with big hands (unless you’re Okafor or Shaq). It’s still ridiculous to use it for calls as it can easily cover 80% of your face and look like you’re hiding from someone instead talking on the phone. You can use your own headset (yes, your own as Lenovo didn’t include one in the package) if you want to be more subtle. As for portability, forget about putting it in your jeans pocket as it will definitely stick out.

Speaking of display, the PHAB Plus has plenty of it. 6.8 inches at Full HD resolution which equates to 326ppi. Viewing angles are good thanks to IPS, accurate colors, and capable of churning out enough brightness for outdoor use. Lenovo didn’t mention any special glass protection so we’ll assume that it’s the usual scratch-resistant glass. The loudspeaker, a 1.0 cc Sound Chamber which is placed at the rear beside the camera, is capable of producing loud and crisp sounds with acceptable amount of bass. It comes with Dolby Atmos sound technology so if you want to take the quality up a notch, just turn this feature on. On the downside, the position of the speaker allows itself to be easily muffled when placed flat on its back. Make sure you prop it up or put it face down. That being said, the PHAB Plus makes a portable multimedia device good for watching movies on the go. It’s also a good digital notepad if you have a good stylus on hand. If you’re into music, the loudspeaker won’t disappoint but don’t expect it to be in equal footing with external speakers.

Hit the next page to continue reading.