These days, the phrase “bang-for-your-buck smartphone” usually refers to Redmi with its Note 7, and Realme with its Realme 3. Lenovo recently released the Z6 Lite, a smartphone that hopes to be a contender against the two devices mentioned above. Have a look at the Lenovo Z6 Lite with its Snapdragon 710 chipset, 4,050mAh battery, and a surprisingly low price range. 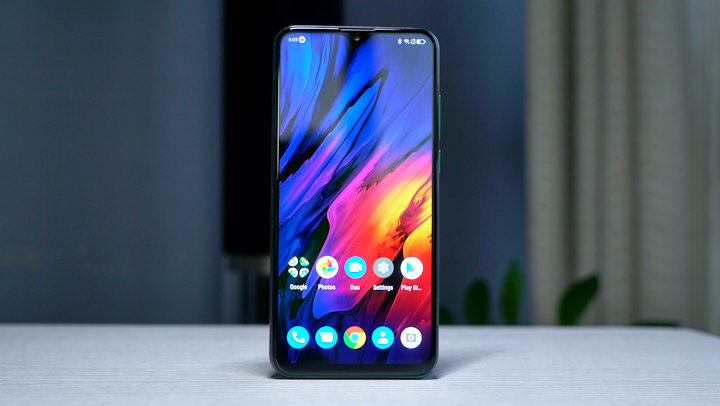 Upfront, the Z6 Lite has a dewdrop notch with slim bezels on the sides, while the chin bezel is a tad thicker. The notch houses the front camera, and both the call speaker and LED notification light are at the top of it. 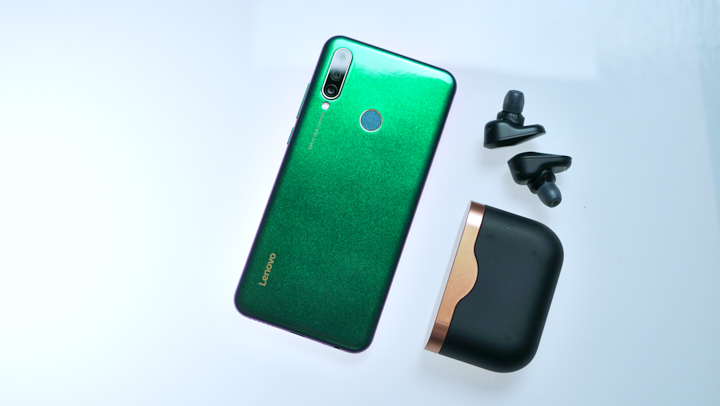 The unit we have here has a colorway that Lenovo calls “Stardust.” At first glance, the smartphone shows off a green color but changes to purple when moved around. The rear has sparkles on it and shimmers when hit by light, hence Lenovo nicknaming it as “Stardust.” The triple camera setup sits on the back, along with the fingerprint scanner. The cameras protrude slightly, resulting in the device wobbling when placed on flat surfaces. On the right, one can find the power button and the volume rocker. The hybrid dual SIM tray sits on the left side. 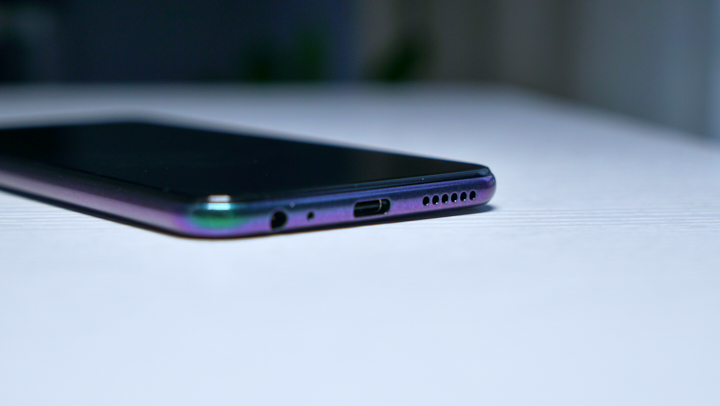 There’s nothing at the top of the smartphone, apart from a microphone. The headphone jack, another microphone, a USB-C port, and a loudspeaker are all located at the bottom. The Z6 Lite looks similar to the mid-range smartphones out in the market, especially with its notch and rear gradient design. The device has a plastic-constructed body that feels relatively low in quality, but it would’ve been too much to ask for it be constructed with glass instead. Despite the body’s material, the Z6 Lite does feel good in the hands and doesn’t have much weight to it either.

The Z6 Lite sports a pretty impressive 6.3-inch Full HD+ display. It’s most likely due to its HDR10 feature. Details are sharp, and the colors are accurate. The viewing angles are great as well. The display has a drop notch where the front camera resides, but it isn’t that distracting, and like most notched smartphones, you’ll get used to it. There’s no option to hide the notch anyway, but, as mentioned, it isn’t obtrusive. There’s also no issue using the smartphone under direct sunlight, as the panel brightness is good enough, even at 50%. Audio on the Z6 Lite is decent. It supports Dolby Atmos, but even with it turned off, we didn’t think there was a stark difference in the audio produced. We do admit that it’s a nifty feature, though. The sound can get loud and fill a small room. Mids and lows are present, and the highs aren’t tinny even at maximum.

Android 9 Pie runs as the Z6 Lite’s operating system, with ZUI 11 on top of it. It’s not a favorite skin of ours, but since it’s Android you can customize parts of it with the help of a launcher. The skin is clean and straightforward, though, and it’s good that it has no bloatware along with it. Apps are arranged in a drawer-style by default, and there’s no other option to change that. Icons of newly installed apps are placed in one of the home screens. Lenovo says that the Z6 Lite has 4D touch, and while it sounds like a neat feature, it just really means you can navigate through the Z6 Lite using gestures instead of navigation buttons.

A 16MP shooter resides in the notch up front, while a triple camera setup consisting of 16MP + 8MP + 5MP lenses sit on the rear. Let’s take a look at them. 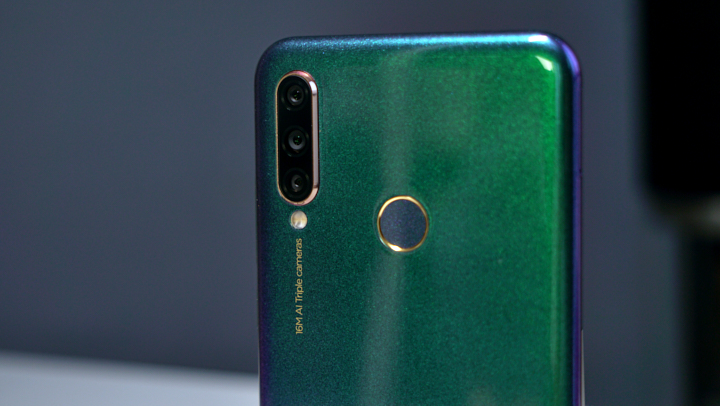 Selfies taken with the Z6 Lite look rather disappointing, as the colors come out dull and pale. Even at the default mode, the photos turn out as if you used a beauty mode on them. It could be something that looks nice for others, but we’re not fans of those that look overly-processed.

As for the rear cameras, the images do look decent and have some sharpness to them. Colors, however, tend to look a bit washed out, and the highlights also have an overblown aspect to them. Subject-background separation in portrait mode is modest. The images produced are good enough to be used on social media. There’s also a dedicated night mode in the camera app; noise is apparent, and while the photos aren’t too bad, they’re not incredibly amazing either.


The Z6 Lite can shoot videos up to 4K in 30fps. There’s no stabilization at all, so the footage might come out shaky. Using a tripod or a gimbal is recommended.

One highlight of the Z6 Lite is its Snapdragon 710 chipset. It’s a big deal, seeing that the same chipset also powers up more expensive smartphones such as the OPPO Reno, or the Nokia 8.1. Running along the Snapdragon 710 processor is 4GB of RAM. We ran it through a couple of benchmarks, and here are the results: 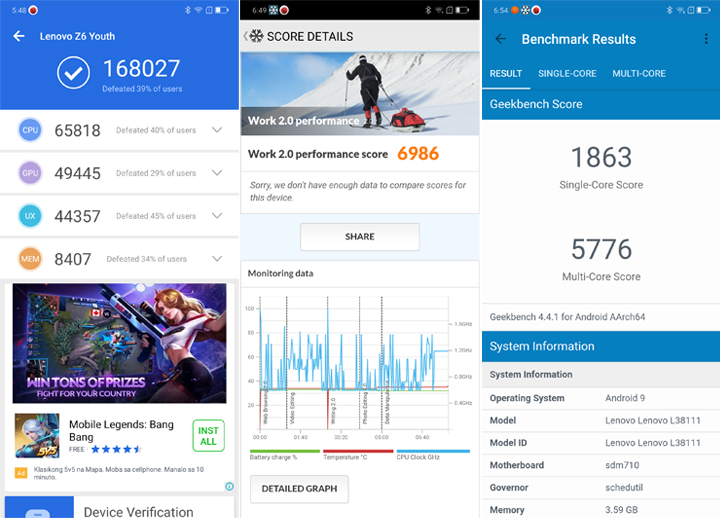 Performing tasks such as web and social media browsing, phone navigation, and multitasking are pretty much a breeze with the Z6 Lite. The narrative changes, though, when it comes to the camera app. Capturing photos can be rather slow, and sometimes the shutter button doesn’t register that you’re taking a picture. You’d have to press on it hard for it to work. Photo previews can also be quite a drag as it takes a while for it to load.

Gaming-wise, we were able to play PUBG Mobile and Asphalt 9 on it without any issues. Games with heavy graphics are best played at medium settings, and while you may switch to the highest setting, you may experience a few frame drops here and there if you do so.

LTE, WiFi, Bluetooth, GPS, and the usual connectivity features are present in the Z6 Lite. Pinning locations was rather painless as well. The device also has a gyroscope sensor, making it possible to use AR apps. 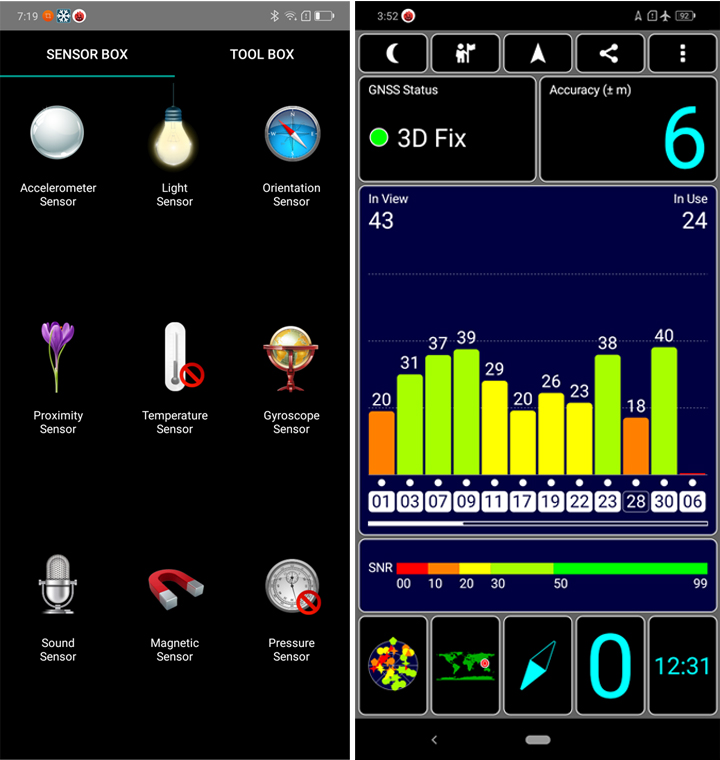 Juicing up the Z6 Lite is a 4,050mAh battery capacity with support for 15W fast charging. We weren’t able to run it through the PC Mark battery test as the app kept crashing on us. We were able to run it through our video loop test though, and it lasted us a solid 22 hours and 15 minutes. Charging is pretty fast as it only took an hour and a half for the device to reach a full 100%. 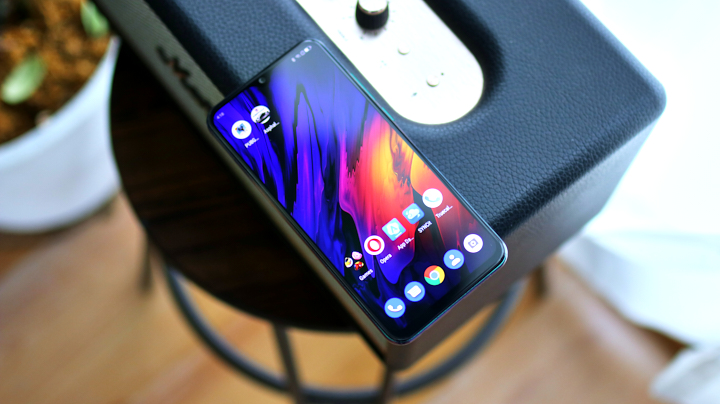 While we think that Lenovo did an excellent job with the Z6 lite, it doesn’t quite hit all the marks. An HDR10 display, Snapdragon 710, and an impressively long battery life are attractive points, but the cameras pretty much miss all the spots. It would be great if Lenovo could give the Z6 Lite a software update in the future and improve the camera. For now, though, it’s not good enough. Another downside is that it’s not officially offered in the Philippines so local support could be tricky. The Z6 Lite’s price point of under PHP 10,000 (via online stores) does make it a good contender along with other budget smartphones such as the Redmi Note 7 and the Realme 3.

With additional input from Alyza Angeles.