With toned down specs and the addition of an interactive pen, would the LG G3 Stylus Dual prove to be worthy of its more powerful flagship sibling and win our hearts? Find out as we lay down our review for one of the Korean electronic giant’s newest mid-range offerings after the break. 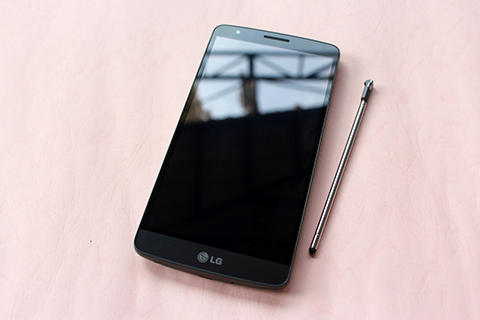 We’ve seen how the stylus, the primary input device for Personal Digital Assistants, become a smartphone staple as well. Samsung, who is more known for this feature, successfully implemented it with the Galaxy Note series, and now it’s LG’s turn to come up with a writable device. The G3 Stylus Dual isn’t their first phone with an interactive pen. 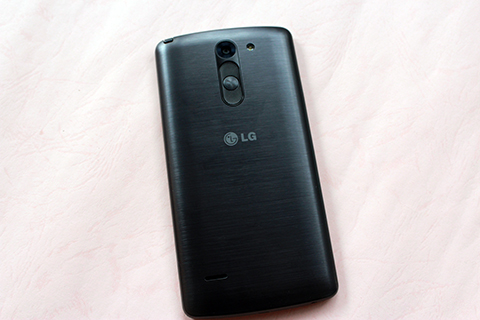 In our first impressions a few weeks back, we’ve described the G3 Stylus Dual shares a lot of physical configurations with the flagship G3, sans a few hardware and software features. Like the G3, the polycarbonate build is painted in an industrial metal finish with chrome accents on the side, and it’s certainly pleasing to the eye. Many people I showed the phone to thought I was actually holding a G3, until I popped out the stylus for them to see. The appearance is actually really good, considering that this is a mid-range device.

The stylus neatly tucked on the upper-right corner is very secure and doesn’t fall from its place. It looks like one of your regular styli that can be bought in malls. Weighing in at 163g and 10.2mm thick, the device doesn’t feel any heft, it’s very comfortable when holding with one hand, and it fits easily at the pockets of my jeans. For those who easily sweat their hands (like me), it may try to slip once in awhile though. The bezels are also quite thin, and there are times that the phone’s screen will register touches from my palm holding onto the side of the device. The screen is equipped with a qHD resolution at 960×540, and it is okay for a phone which has a 5.5-inch IPS display with great viewing angles and well-produced colors. The downside is that it isn’t that crisp at 220ppi. You won’t realize that it’s qHD right away, but it is nowhere near the crispiness to match the flagship’s QHD display. It is also worth noting that this phone doesn’t have an auto-brightness function, and I have to consistently adjust it to adapt to environments I’m into.

LG incorporated its own skin in the G3 Stylus Dual on top of Android 4.4.2 KitKat, and also loaded some of its own apps such as LG Smartworld, Peel Remote, Quickmemo+, and Remote Link. We also found the Korean giant’s smartphone features such as KnockOn are very useful during our time spent using the device — we don’t have to raise the phone up and reach for the rear keys when we want to wake it up. 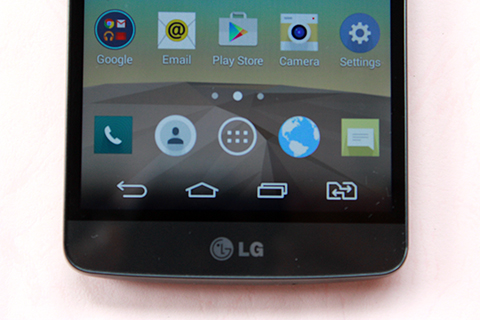 Like the G3, The UI for this phone also features a customizable on-screen home key strip, which can hold up to 5 buttons for easy access. The first four buttons are reserved for the navigation buttons and the SIM changer, and the fifth can be for other apps such as QuickMemo+, Notifications, or QSlide.

The stylus for the device may be passive, but it does a fine job, save for a few delays and sometimes faulty touch registers into the screen.

The phone’s speakers are great. It’s loud and clear, and notifications can be heard outdoors. The same can be said when listening with the in-ear headphones included in the package. Viewing multimedia contents such as videos give no hassle. 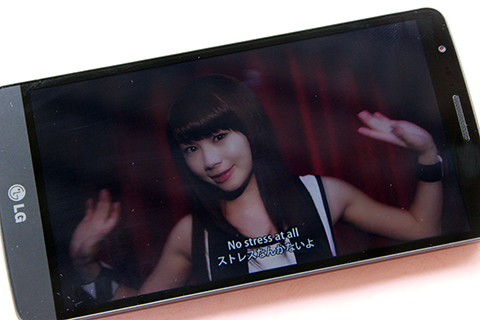 The 13-megapixel rear camera is impressive. It focuses and shoots quickly, allowing to capture more accurate moments. The Dual LED flash on the G3 has been reduced to just a single one, nevertheless it still takes great shots in natural lighting and indoors.

While the back camera is great, the front shooter isn’t that much of a selfie-worthy one. It’s quite pixelated, and the 1.3-megapixel front cam doesn’t translate to great images especially when there’s less ambient light available. Here are a few sample photos taken using the smartphone’s camera:

The phone also does great in video: It can capture 1080p at 30 frames a second. Here’s a sample video, shot in Full HD:

Despite the toned-down specs, the phone overall provided a very fluid and responsive performance, except in times when I couldn’t press anything off the screen. This happens when I’m unlocking the device after waking up, or playing a game. Despite that, we found no lags when playing graphic-intensive games such as Ashpalt Overdrive, Eternity Warriors 3, or even Hungry Shark Evolution. Here are benchmarks we ran within the device: We found the benchmarks to be on the average side, which isn’t bad for a phone equipped with such specs.

Call quality is really good on the G3 Stylus Dual. Call reception was crisp and clear. The same goes with its other connectivity functions such as WiFi, and Bluetooth.

As for the battery life, this is where the phone stands out. The G3 Stylus Dual was able to survive a whole day with moderate to heavy use (calls, texts, online messaging and browsing, and camera shooting) with the 3G connection enabled. We were able to clock it in on 11 hours on our standard battery test — looping a video over the device with 50% brightness and 0% volume — which is above average for a smartphone’s battery life. The included charger on the package enables the phone to recharge to almost full for up to 2 hours. 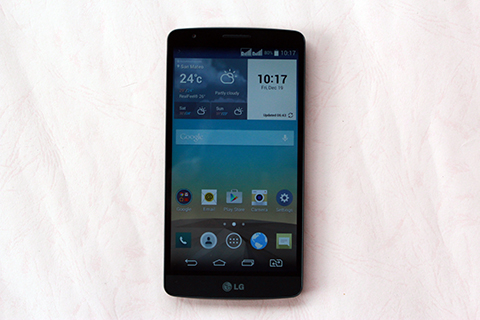 LG incorporated the likeness of its current flagship device into their new mid-range phones, and it can be seen both as a benefit and a hindrance. While the overall design will not have a problem wooing customers because of its familiarity, there will be cases that expectations cannot be avoided because it is, after all, a phone modeled after the G3.

The phone’s display is a two-faced coin, depending on how you look at it. On one side, it’s good because it’s one of the few phones that sport a stylus and it actually works, and may be bad because of the underutilized screen resolution given its mid-range price point.

Overall, the LG G3 Stylus Dual is a smartphone with a decent performance. It has a great camera, a crisp and loud speaker, a great battery life, and OS functions same of the flagship device. If you’re eyeing to buy the G3 but you are out of budget, this is definitely a good alternative.

What we liked about it:
*Good build quality
*Battery life is above average
*Clear and loud audio volume levels
*Above average camera performance

What we didn’t like:
*No auto-brightness function on display
*Downgraded screen display resolution
*Occasional screen lag response from waking up or playing games
*Internal storage is a bit small