In today’s mobile world, the trend is nudging towards high-end smartphones with bigger screens and a high price tag. But for us wanting a not so expensive alternative, what are we gonna do? LG has an answer to that in the form of their entry level handset, the Optimus L3.

It is no secret that the LG Optimus L3 is targeted at the same demographics as the one that’s been dominated by Samsung with their Galaxy Y. The almost identical price positioning and the hardware configuration will attest to that.

The first thing that you’ll notice with the Optimus L3 is its size. It’s small and will easily snug inside your hands. The edges are rounded while the top and bottom areas are flat. The back cover has a rough texture, giving you more grip so it wonâ€™t easily slip off. Located at the left side are the dedicated volume keys while right on top is the sleep/wake button and the 3.5 mm headset jack. 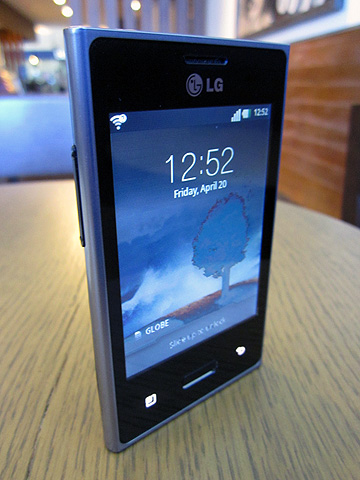 Right at the bottom is the microUSB port and the microphone while on the front is the home button accompanied with illuminated capacitive touch keys on both sides. Appearance wise, the Optimus L3 doesnâ€™t look cheap or like a toy at all. The rectangular frame and the metallic silver grey color give the L3 a professional look.

Switching on the Optimus L3 from cold boot will take you approximately 30 seconds before you are greeted by a familiar home screen. The L3 is loaded with Android 2.3.6 Gingerbread with minor customizations from LG. Youâ€™ll get five home screens by default, ready to be filled with your shortcuts and widgets. 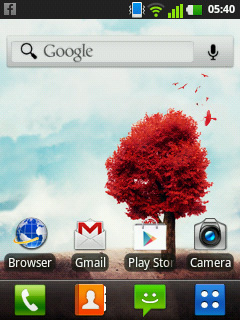 The Optimus L3 handles Gingerbread very well, swiping is a breeze, transitions and scrolling are smooth, and virtually no delay when opening apps. However, I experienced occasional lags with the dialer but not to the point that I canâ€™t make a quick call. What I love though are the five shortcuts for toggling the sound, WiFi, Bluetooth, Location Services, and Data connection, which you can find by simply dragging down the notifications bar. If I need to turn the Wifi on or off I just simply drag and tap. That’s it. 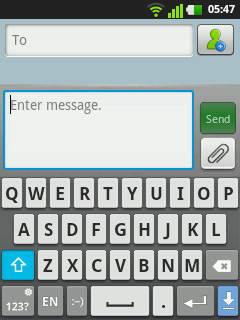 There’s nothing much to boast about with the L3’s 3.2 inch display. At 240×320 resolution and 256K colors, the pixels are noticeable and the colors appear basic. Viewing angles are not that great. Viewing photos and watching videos on landscape is a little frustrating as it feels like the screen is constantly suffering from glare. But in portrait mode, everything seems normal. If youâ€™re going to use the L3 to check Facebook statuses, update your Twitter feeds, and do some light internet browsing, the display is clear enough and will suffice. But those with fat fingers will find the screen a bit cramped. It took me a while to get used to the small keyboard as I keep hitting the wrong keys but still it gets the job done.

The camera is 3.15 megapixel fixed-focus shooter (no LED flash) with the ability to record videos at VGA (640×480) resolution. Nothing much to write about it but the camera can take decent photos for quick uploading to your social media networking sites.

Here are some sample shots taken with the Optimus L3:

Click on the thumbnails to see original, raw photos.

The L3 came with a YouTube app and was able to play some videos but if you want decent viewing quality, then I suggest watching in HD. Music playback is not a problem. Itâ€™ll play your MP3 files easily. The earpiece on the L3 also serves as the phone’s loudspeaker and is quite audible. Plug in a headset and you’ll be able to enjoy your tunes better but donâ€™t expect Beats type quality on this one. 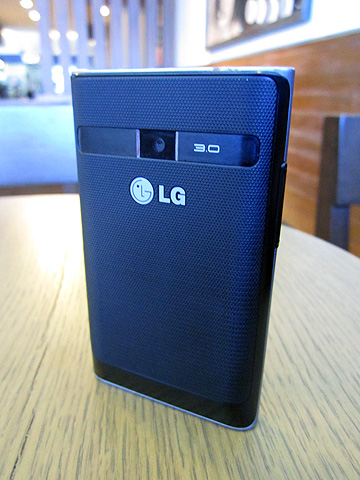 I was quite impressed with the phone’s battery life. I received that unit last Sunday then charged it once to full on Monday. It’s already Friday and I still have 50% juice. This is with regular texting, Wifi internet browsing, and a few calls. I think this is given since the Optimus L3 is an entry level phone and doesnâ€™t have power-hungry specs.

The Optimus L3 has Google Play Store pre-installed so you can download your favorite Android apps. LG also included its own app store called the SmartWorld which is basically an alternate world of free apps. No problems with social networking apps like Facebook and Twitter. Temple Run is playable but with very little lags. Some swipes do not register so it’s pretty much difficult to break records here. And guess what, Instagram looks good and works very well.

The LG Optimus L3 is a very decent phone with a pretty sleek design that almost looks professional. It’s small, lightweight and easy to hold. It’s very responsive, smooth, and quick. The L3 doesnâ€™t come with a microSD card so better get one with a decent amount of memory if you want to go heavy on photos and music. Battery life is good as well. 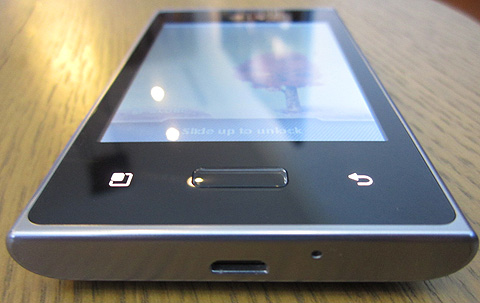 The only let down though is the display quality. For daily use of texting, calling, social networking and internet browsing, the L3 can pretty much handle all your basic needs. For the price of Php 5,990, what more can you ask for?

What we liked about the handset:

I do not drop many remarks, but i did some searching and wound up
here LG Optimus L3 Review – YugaTech | Philippines, Tech News & Reviews.
And I actually do have a couple of questions for you if
it’s allright. Could it be just me or does it give the impression like a few of these comments come across like coming from brain dead visitors? :-P And, if you are posting at additional online social sites, I would like to keep up with everything fresh you have to post. Would you make a list of the complete urls of your social pages like your linkedin profile, Facebook page or twitter feed?

Im torn between this phone and Lenovoe A60. San po ba mas maganda?

Hi. I have this phone. I have some problems with it like several restarts and hangs. How can i update its firmware? Please help me. Just send it on my email.. thanks