If you can remember our first impression of the 4-incher LG L7, we mentioned that this is a very promising device if our price prediction is correct. Find out the verdict in our full review for the LG Optimus L7 after the break.

If youâ€™re into smartphones with bigger screen, you’ll find the 4.3â€ screen of the LG L7 a welcome feature because there’s not that many 4-inch or bigger phone in the same price range, assuming that our estimate is correct. Not only that, this is one of the few phones on the same price range to have an IPS LCD display. Having equipped with an IPS LCD screen; this handset should provide you with a good viewing angle and more vibrant color as compared to ordinary LCD screens. Sunlight legibility is also fine. Youâ€™d be able read your text messages outdoors without too much effort.

There’s nothing really ground-breaking about the screen’s resolution. It has the industry-standard 480×800 resolution with 217 pixel density. It’s not the crispest screen that weâ€™ve seen in our time but with the addition of the IPS technology, it should give a pleasant viewing experience.

LG decided to use Dolby Mobile for its sound driver. To be honest, the difference canâ€™t easily be distinguished. It’s the best weâ€™ve heard from a smartphone but isnâ€™t that bad as well. Voice calls are audible through the speaker and loudspeaker. 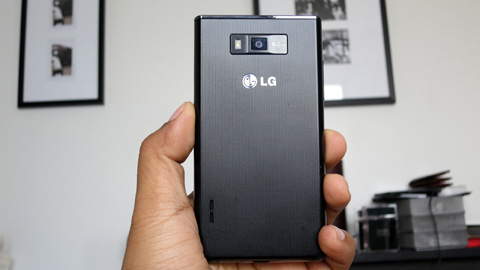 Playing media through the 3.5mm audio jack sounds fine, as well as playing it on its loudspeaker. It isnâ€™t that loud but it’s also not that soft. Weâ€™ll rate the over-all sound experience average and is just enough to get you there.

The Optimus L7 has 1GHz single-core processor and 512MB RAM. As you know by now, this configuration is seen on most mid-range or even in entry-level smartphones available in the market. What is surprising though is its performance. Weâ€™ve held smartphones with the same configuration before but the L7 kinda feels lacking in terms of performance.

The lag in this phone is almost intolerable. Even without apps running in the background, playing games like Temple Run using this device can really be challenging as the game lags more often than not. The lag is also present even in the most basic tasks like composing a text message or viewing photos, although not as terrible as the lags in games.

The lack of snappiness in response of the phone didnâ€™t translate into that bad of a score on the synthetic benchmarks that we performed with it. It scored pretty at par as other handsets with the same configuration. Quadrant Standard scored this phone 2035 and AnTuTu Benchmark scored it 2186. The L7 scored an average grade of 18.7fps on NenaMark 2.

Here are the screenshots of those tests. 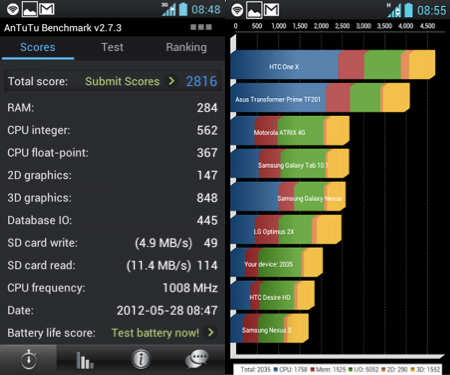 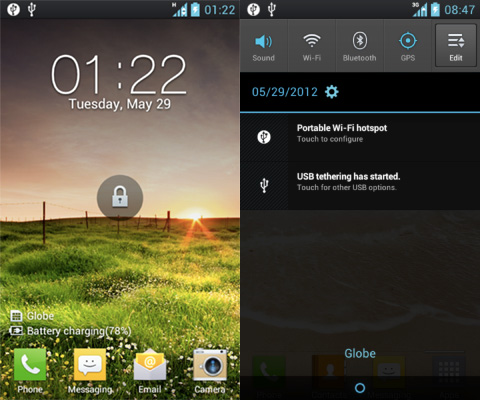 But unlike with the HTC’s lock screen, the unlock gesture goes in reverse. Instead of dragging the ring towards the app, youâ€™d have to touch the app and drag the ring outwards. This is also the case for unlocking the phone. One neat thing about its lock screen is that users can touch anywhere on the lock screen and just swipe out of the ring to unlock the phone.

Besides the locks screen, there are also a handful of changes that the Optimus 2.0 UI brings to the table. Example of such is the pull down notification bar that sports customizable toggles for commonly used phone features. Another noticeable change is the tabbed app drawer. 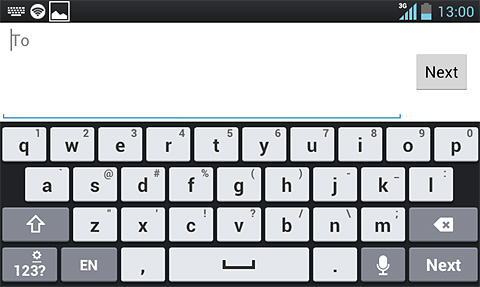 One of the advantages of a smartphone with big screen is typing convenience. It’s the same case for the L7. The keys have enough room and are not cramped which equates to a comfortable typing experience, but as we mentioned a while ago there’s a little bit of lag here and there even while composing an SMS. The LG L7 is equipped with a 5MP camera which is capable of taking pretty decent to really good photos. It has an auto-focus and touch-to-focus feature. Because of this the half-press feature is non-existent. For the lack of a designated physical shutter key, both of the volume rocker acts as one. The app also has the usual camera features like face-detection and a few modes to enhance picture taking.

However we didnâ€™t like the snapper’s performance in dim environment. Even though it has a built-in flash, weâ€™ve seen better pictures from a smartphone with a 5MP camera.

Here are some pictures taken with the L7:
[fancygallery ID=”optimusl7photos”]

Like we mention on our first impression, we were a tad disappointed with the camera’s video recording features because it is only capable of shooting VGA resolution clips. This is a potential deal-breaker for prospective buyers.

Here’s a sample video taken with the L7.

To compensate for its big screen, the LG L7 is equipped with a 1700mAh battery. If the 4.3â€ IPS LCD screen is the only thing that it will be supplying power for, the battery should last the whole day. But then again, the screen is only one of many components that demands portions of its juice. The screen along with 3G connectivity proved to be too tall of a task for the battery as it struggles to last an entire day even in moderate use.

Here’s how it fared with 3G on, couple of SMS, few minutes of voice call, an hour of browsing, SNS (Twitter and FB) running on the background and set to automatic fetch data, an hour of gaming (Temple Run and Fruit Ninja) and hour of portable Wi-Fi hotspot.

For a Ph15,990 smartphone with all of its said features, this is definitely a reasonable enough phone for its price. Not to mention that this is one of few phones on the said price range to be equipped with an IPS LCD screen which is definitely its strongest selling point. 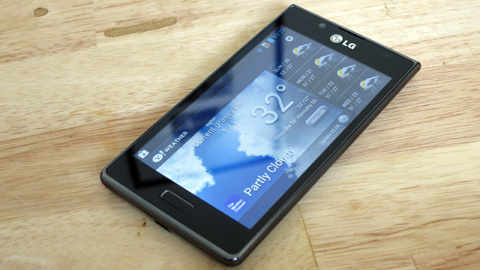 There are a few things that youâ€™d have to live by like its mediocre performance and average battery life, but other than that the Optimus L7 should be able to get your basic smartphone needs covered.

What we did not like about it:
â€¢ Not capable of HD video recording
â€¢ Noticeably laggy
â€¢ Battery life needs improvement
â€¢ Small internal storage