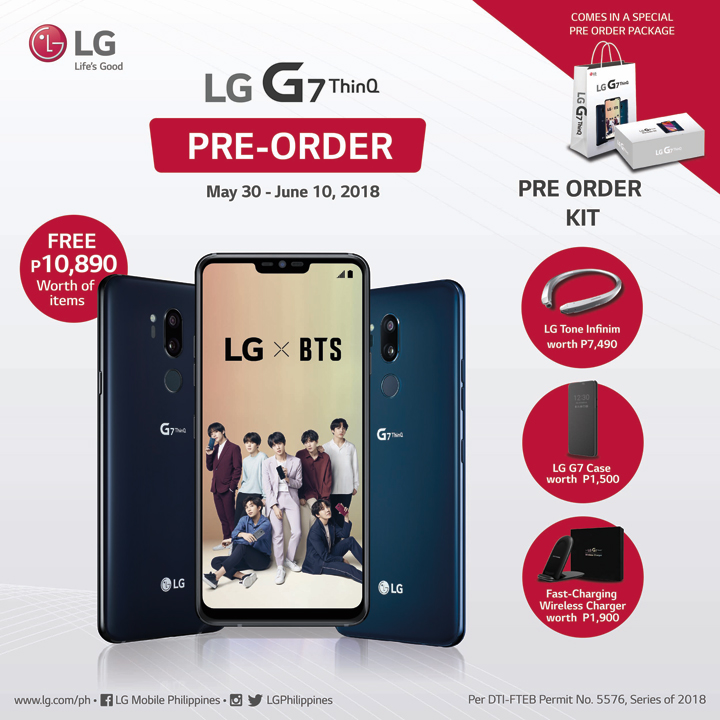 Those who pre-order the LG G7 ThinQ will receive the following freebies:

Consumers will be able to pre-order the LG G7 ThinQ at participating LG concept stores starting May 30 up until June 10, 2018. Here’s what they need to know upon pre-ordering the device:

The official SRP for the LG G7 ThinQ is yet to be announced.