Two of LG‘s mid-range handsets get price cuts as we have seen them being offered at a lower price in the metro. 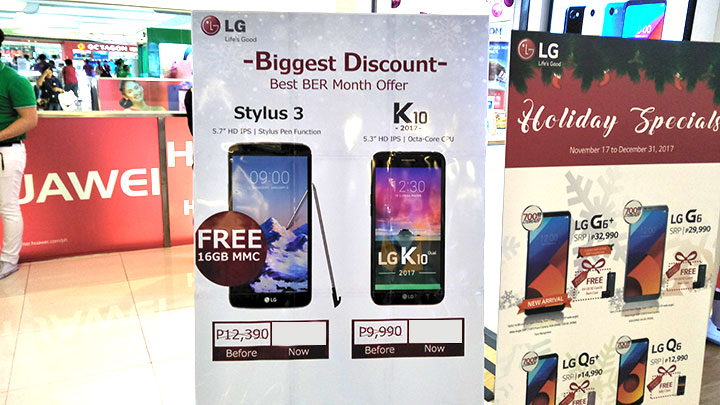 We’ve spotted a new price offering for the Stylus 3 and the K7 2017 smartphones at a mall in Mandaluyong City.