This is How I Feel About the LG V20

When the LG V10 came out, it was a really inspiring smartphone. The design moved away from the usual signature of the LG G series and it introduced the second screen on the top corner of the display. It also incorporated the dual camera setup on the selfie camera and improved on a lot of things from the G4 including, but not limited to, the addition of manual camera controls.

The LG V10 turned out to be the company’s mid-year flagship update, just like how the Galaxy Note comes out months later after the Galaxy S series, and as the Galaxy Note setups the next Galaxy S, the V10 setup the LG G5. It had a brand new design, the dual camera setup is now found on the back, and it made a few leaps in its build and construction. The LG G5 was one of the first smartphones to bring modularity mainstream too. But the LG G5 hasn’t really brought the modular idea into a massive success, and that should hint already on what the V20 should be. Nobody wanted to buy separate mods that are costly to improve their already good smartphone, so with the LG V20, the company made an all in one package again – what the LG G5 could have been if it wasn’t modular. It even carries a similar design.

So what does the LG V20 carry that inspires us now? Groundbreaking specs? It doesn’t have Snapdragon 821, no 6GB RAM or anything out of the ordinary high-end smartphone. A replaceable battery? Not entirely a new idea. Audiophile features? Maybe. Android 7.0 Nougat? Most smartphones from hereon out will be getting that too. 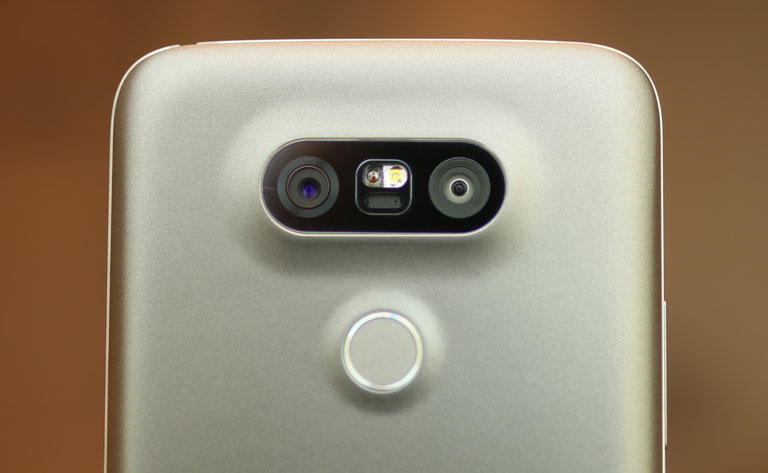 What the LG V20 is to me is the polishing of ideas that work from previous iterations of LG flagships, but nothing entirely new or inspiring. The LG V10 last year had a price of around Php38k too, so I don’t really think there’s enough justification for this flagship line today if it came priced around that range — unless of course, it delivers everything exceptionally from the hardware to the software; that we will know once we have our full review.

For the meantime, all the vibe I’m getting is we’re at the point of polishing, and polishing some more. I remember the times when LG was crazy enough to move the buttons to the back on the G2. They introduced Laser Autofocus on the G3 (and the first QHD smartphone too if I remember correctly). The G4 had something as out of the box as a leather back cover, and as I mentioned above, the V10 and the G5 had their respective innovations.

I have the same issue with HTC and Sony smartphones here. What’s the differentiator? Lower tier to mid-range smartphones compete with specs and features for low-prices, while on the high end, some have better hardware, curved screens, a stylus, 3D touch, and even waterproofing. You can even compete on plainly good hardware and software that’s easy to use without clutter. And that’s what the LG V20 should be.

On the flipside, incremental upgrades are nice if you’re taking a beautiful formula and then perfecting it further. That’s how Samsung arrived from the ugly S5 to the now gorgeous Note7. I love how smartphones are improving incrementally with each iteration. I think with the V20, the quality of things that matter should have improved once again without carrying half-baked gimmicks.

On one final note, I do wish that the LG G6 doesn’t give up on modular smartphones. It’s a dying dream, but I wish that they can polish it well, especially after seeing MotoMods do a decent push in the US.

And I hope they don’t explode.

the image stabilization though. They ultimately peg V20 to be for the multimedia freaks.