If you’re feeling a little indifferent with the Blackberry Passport‘s black and white color options, maybe it’s time that you get a gold-colored one, as the Canadian company officially unveiled the variant on their website. 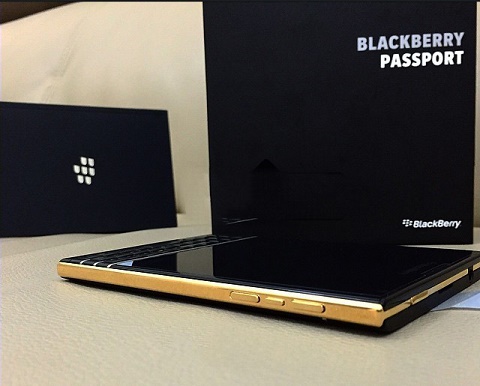 This new luxury model of the Passport is made of metal trims and frets adorned by the precious metal. Each phone will be engraved with a ‘Limited Edition’ text, as well as its production number.

You can get the Limited Edition Gold Blackberry Passport for CAD999 or roughly Php 37,300. Only 50 of these will be produced and distributed worldwide, so head on over to the source link if you want to get your hands on that special variant of the oddly-shaped smartphone. Here’s a quick review, if you’re interested to know more about the square-shaped device.