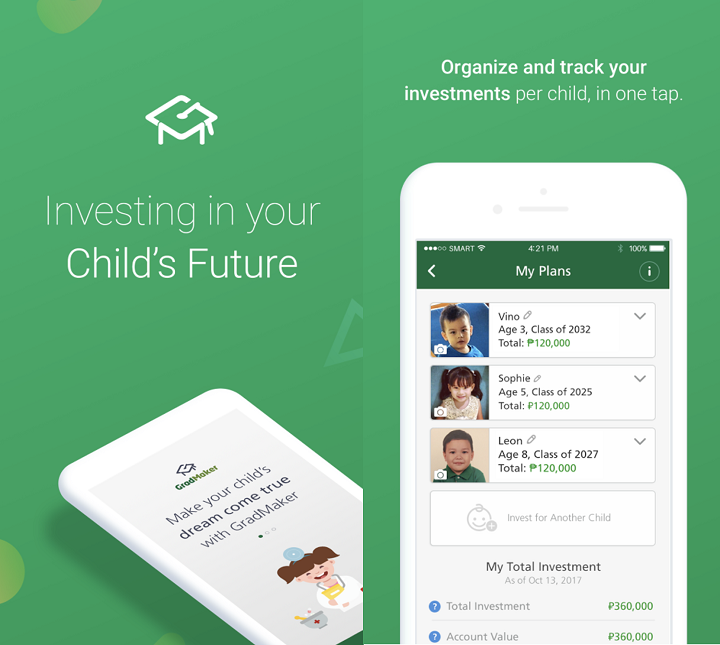 For only P10,000, parents can already invest in GradMaker and there’s no lock-in period so customers have the flexibility to decided when they want to invest. The app also gives life insurance coverage of at least 125% of the customer’s single premium.

GradMaker is available on select devices that tuns on iOS versions 10 and up and Android versions 6 and up.