Alcatel brought some budget-conscious offerings to the MWC and the most affordable of the line-up is the Alcatel 1X,  the company’s first Android Oreo (Go edition) phone. 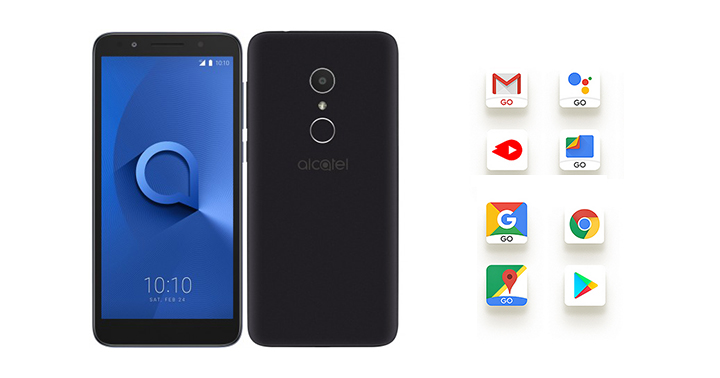 The Alcatel 1X, packs a 5.3-inch 18:9 display with a single rear-facing 13MP camera and 1GB of RAM. The highlight of this device is that it runs the optimized version of Android Oreo, known as the Go edition built for entry-level smartphones with lower memory specifications. Along with the optimized OS, the device will also come with a new suite of popular pre-installed Google apps that are less demanding in terms of resources. These apps include Google Go, Files Go, Google Maps Go, Youtube Go, and Gmail Go. Chrome, Google Play, and Gboard have also been optimized for performance. It will also feature the Google Assistant for Android (Go edition).

The phone will launch in April for €99.99 (approx. Php6k) in three colors, namely Black, Blue, and Gold in a sanity finish.