During Meizu‘s launch of the budget Mi, they also launched the M1 Note in China which carries a Snapdragon 615 processor not like the MediaTek-equipped regular variant. Being the first time for the company to have a Snapdragon chipset, it comes with Qualcomm’s Adreno GPU, a 2GB RAM, and LTE connectivity. 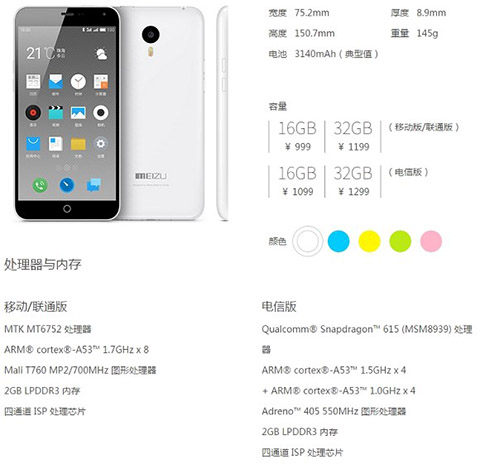 As mentioned earlier, the Meizu M1 Note was launched only in China as of the moment. It comes with a higher asking price than the M1 at CNY 1099 for the 16GB model and CNY 1299 for the 32GB variant.