Microsoft has just officially announced their new flagship Windows 10 smartphones in the Philippines and leading the pack is the Lumia 950 XL along with the Microsoft Display Dock that enables the device to become a desktop-like productivity machine. 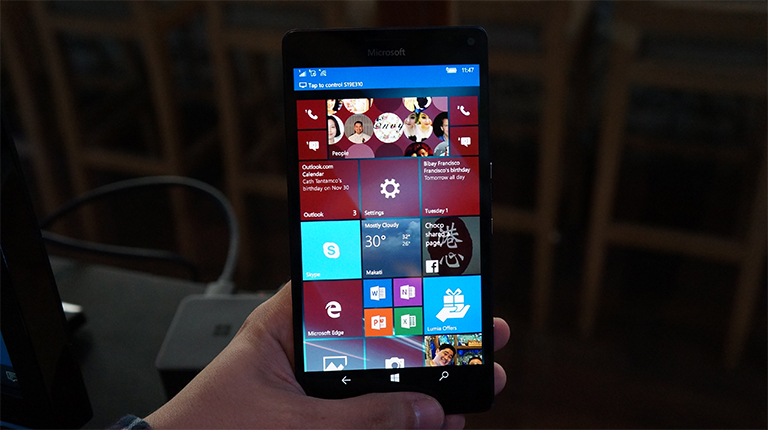 The Lumia 950 XL sports a 5.7″ QHD AMOLED display that looks wonderful during our short encounter with the device at the launch. Like most Windows smartphones today, the navigation bar at the bottom takes some screen real estate but thanks to the AMOLED and the ClearBlack technology, it has deep blacks and the whole display is less reflective from harsh light. The only physical buttons found on the device are the volume rocker and power lock key which are both located on the right side. 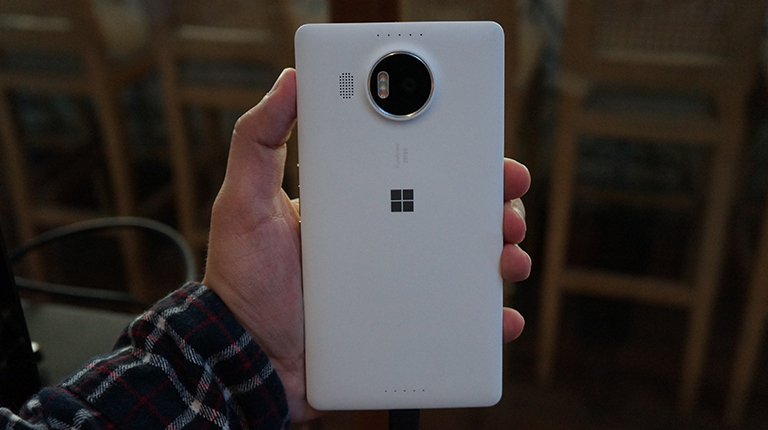 As brought to our attention, the Lumia 950 XL has a nifty liquid cooling feature going inside, keeping the Snapdragon 810 chipset at optimum temperature even during heavy usage. Also, Microsoft decided to give a polycarbonate body to ensure cooler operation as aluminum tends add heat on the device. And, we’re glad that the polycarbonate used here is of premium quality. 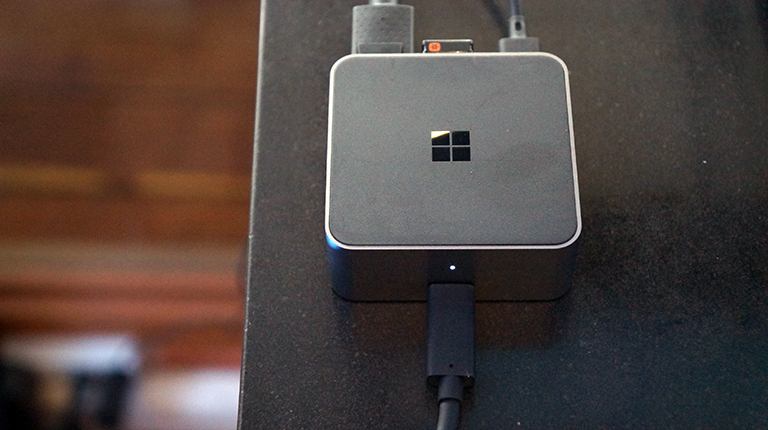 Being the greatest among Windows 10 smartphones, the 950 XL can stretch productivity by plugging it to the Microsoft Display Dock. This will now turn the smartphone into functioning desktop-like PC anytime, anywhere. Well, as long as you have a monitor available and a wireless keyboard around. The feature is also available to its smaller brother, the Lumia 950. 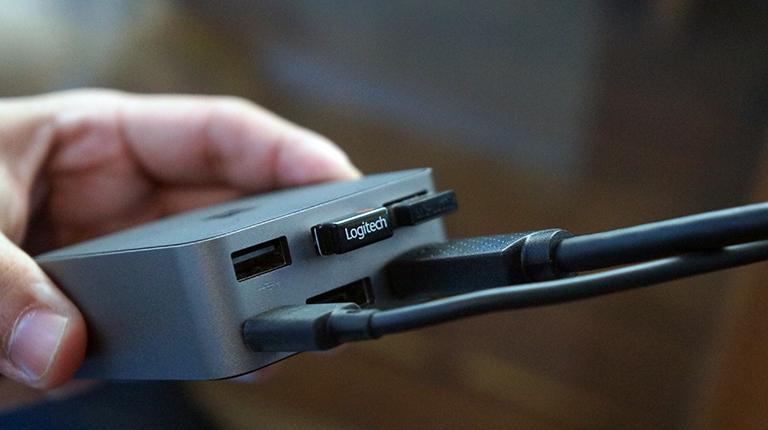 The dock has multiple USB 2.0 ports, so you can use your already-owned wireless accessories or even plug-in a USB stick for reading and transfer. You can use the installed Universal apps on your smartphone, like Office, as they are compatible for the Continuum feature. What’s best about the Continuum is the ability to really multitask as it allows you to separately use the smartphone while it is docked. For now, not all apps are supported but as Windows 10 continues to be updated, developers will have more useful apps in the near future.

The Microsoft Lumia 950 XL will retail for Php 32,990 while the Display Dock is sold separately for Php 3,390. You can expect these devices, along with the Lumia 950, by December 14 through Microsoft Authorized Reseller Stores and Nokia Stores nationwide.