Motorola’s upcoming device, the Moto E6 Plus, has shown up on Geekbench’s website revealing its chipset and memory to the public. 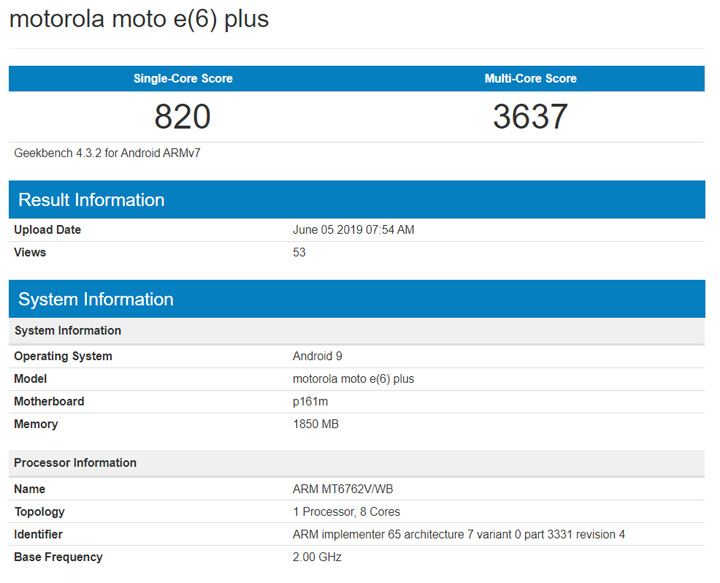 Based on the Geekbench data, the Moto E6 Plus comes with a MediaTek Helio P22 chipset, 2GB of RAM, and Android 9 Pie operating system. Compared to the Moto E5 Plus that the company launched last year, the overall Geekbench score of the upcoming device is better (Snapdragon 430).

Based on the company’s pattern, the new Moto E-series phones should launch very soon. We’ll know more information as their launch draws near.