We chanced upon the Motorola Moto G during our side trip in Singapore this week and got one for about Php9,000. Was surprised it turned out the unit was the dual-SIM version. 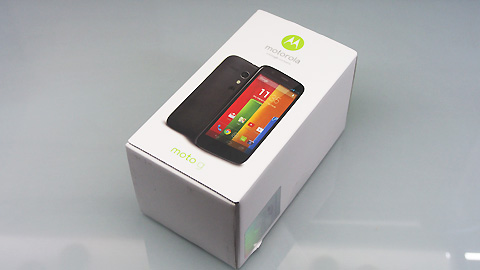 When the Moto G was announced in the US, it created a lot of buzz due to the customization option and the price of about $179 (8GB) and $199 (16GB). The idea seemed to have caught in the US but other countries that imported it like HK and Singapore only gets the basic black color.

While Google has also announced the Play Edition with Kitkat, the original Moto G already runs 4.3 with a guaranteed upgrade to Kitkat this January. 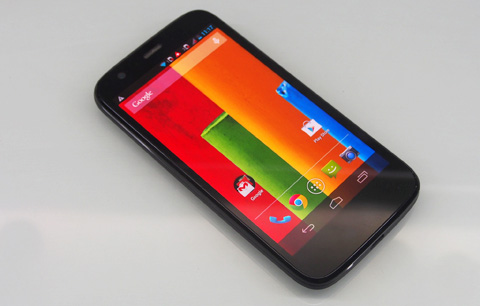 The unit that we bought in Singapore also happens to be the dual-SIM version which was launched in Australia and Malaysia barely a week ago. Fortunately, that’s also the version that we got.

Nonetheless, we were as excited to check out the device right out of the box. The unit came with a basic charger, USB charging cable, earphones and the unit in black version with 8GB internal storage. 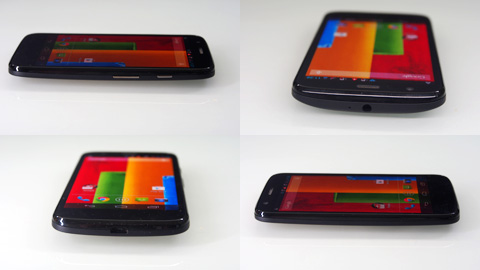 The unit feels very solid on the hands, looks like it has a unibody design but the back cover can actually be removed to access the battery and the two (2) micro-SIm card slots. There’s no micro-SD card slot inside (we initially thought the other SIM card slot was a micro SD card slot).

The handset feels a bit thick on the side but since it has a curved back, the hold is comfortable and the grip is just right. The power button and the volume rocker is found ont he right side, the 3.5mm audio jack is at the top end and the microUSB port is at the bottom. The back panel has a smooth matte finish, slightly curved towards the corners. The 5MP camera is right in the center with the LED flash just below it. The Motorola logo is further down while the speaker grills are on the left side of the camera.

To open up the cover, one needs a little bit of effort in prying open the gap along the sides. Again, there’s no microSD card slot here so if you have the 8GB version, you are stuck with very little room for installing apps and games. 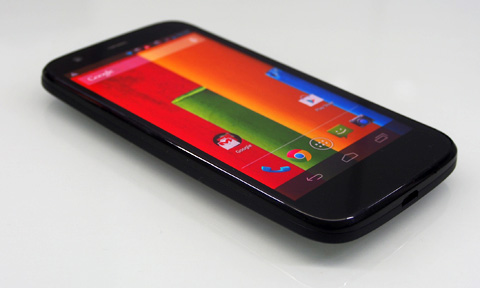 The unit runs on Android 4.3 Jellybean out fo the box and Google/Motorola has promised a guaranteed upgrade to 4.4 Kitkat this month. It also uses the Vanilla UI with a few native apps pre-installed by Motorola.

We ran a few tests and benchmarks and got these scores.

The numbers are actually pretty decent and, on average, is higher than the scores we’d see from Mediatek quad-core chips we’ve tested before. 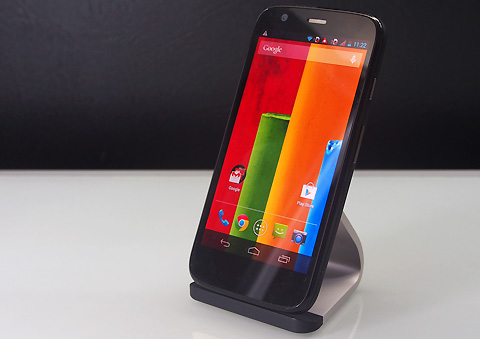 The device is smooth and snappy, the display is bright and crisp, the body is comfortable and easy to hold. We also like the idea that it supports two SIM card at the same time. All that in under $200 and we’re sold.

Check back again in a week for our full review of the Moto G.