Previously called the Motorola DVX, the long-rumored & leaked smartphone from the Google company is now official in the form of the Motorola Moto G. 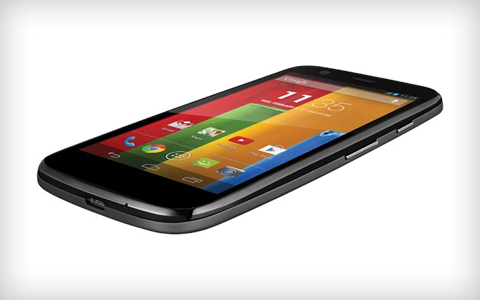 Basically, the Moto G takes off with the design language of the Moto X. The only one big major difference is the availability of exchangeable back covers coming in different colors such as white, black, blue, yellow, red, and pink. If that’s not enough, a lot of other accessories are also being offered.

On the hardware side of things, the phone offers an above average package with an HD display, a quad-core CPU, 1GB RAM and a whole day of usage on the battery. On the software side, the phone is expected to get a taste of KitKat in January 2014; for the meantime, it has Android 4.3 Jellybean that is something similar to the Moto X.

For the case of the Philippines, Motorola says the phone will be available in some parts of Asia. Whether our country is included in the company’s plans is still unknown, but there’s a chance considering the Moto G seems geared on taking on other low-end & mid-range selections such as the Asha, the smaller Galaxies & the like.

Update: Motorola just confirmed to us via Twitter that the Moto G will be available in the Philippines.