New BlackBerry devices coming out this 2012

New BlackBerry devices coming out this 2012

A recently leaked roadmap from RIM reveals that the company is preparing to release new Blackberry devices for this year which include two mid-range Curves, a revamped PlayBook tablet, and their first Blackberry smartphone to run BB OS 10. Let’s take a look.

I donâ€™t see anything new here to be honest. The two look like refreshed versions of the 9300 (Kepler) and the 8520 (Gemini). Both have the same dimensions (109 x 60 x 12.7 mm) and displays. What separate the 9320 from its almost identical sibling are 3G capabilities, better camera and its chrome bezel. I have to say that it’s just the 9300 and 8520 affair all over again. The Curve 9220 is expected to be released around March while the 9320 is expected to arrive before June.

Now if youâ€™re a PlayBook lover, unlike me, youâ€™re probably excited to find out that RIM will be releasing a 3G-capable version of its beloved tablet. RIM gave its internals a boost with a new dual core processor, HSPA+ connectivity – which can take advantage of Globe’s high-speed wireless internet, and NFC technology. You can expect this new PlayBook to arrive around June. 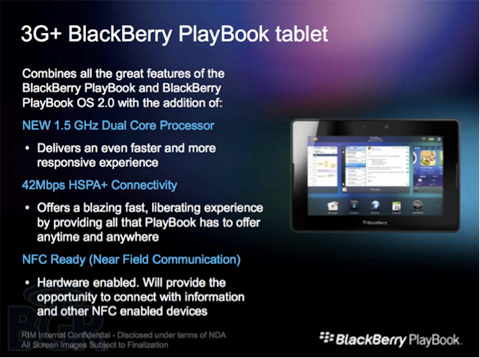 Speaking of the Blackberry OS10 or BBX smartphone â€“ codenamed London â€“ it is slated to launch by the end of the year and is expected to look like the device in the photo below. Blackberry fanatics can start praying that this baby be unleashed before Christmas. Your 13th month payouts will be sweeter this time around.

To be honest, I donâ€™t see anything groundbreaking here. Yes, these devices are â€œnewâ€ but it’s a 360 degree turn for RIM. With new Apple and Android devices gearing up to take this year by storm, RIM will look like a small kid trying to keep up with the big boys. But if I were to give Blackberry some slack, Iâ€™ll just keep my hopes up for the BBX then see what happens.

Yuga’s Note: This article was contributed by Louie Diangson. Louie is a staff writer for an American owned BPO company. A social media advocate with high regards for Steve Jobs. You can follow him at @John_Louie.