Batteries are one of the major concerns of mobile users today. We want devices with powerful processors and bright displays but the more capable our phones are, the more they drain power from their batteries. Hopefully, these concerns will soon be addressed thanks to researchers who have developed a new lithium battery that could last longer. 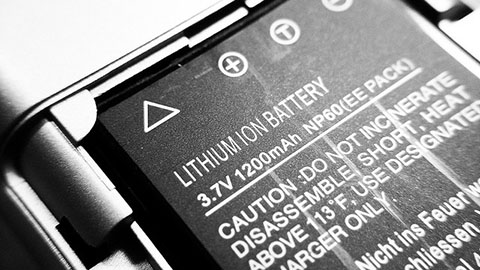 Lithium ion batteries (the ones inside your smartphones right now) are currently limited and in fact, leave out a large amount of untapped energy. What researchers from Stanford did was to create a technique that harnesses better lithium cells. To get more scientific about it, it “allows for denser, more efficient lithium in the battery’s anode by using a nanoscopic carbon shield that keeps unstable chemicals in check.” This, according to the source, results to a longer battery life that doesn’t decay easily while still remaining to be relatively safe.

One of the people involved in the research mentions that a handset carrying these new lithium cells could have two to three times more battery life than an average phone. So if one full charge lasts you a day, expect 2-3 days of power before needing to plug in to a socket again.

As of now there’s still some work to be done before it starts shipping out, but we can start looking forward to these and finally solve the issue of being “wall-huggers” and always needing to be on the lookout for outlets.

Ala Matrix ang dating, gagawing battery ang mga tao to power all the devices the machine world have.

Back To The Future reference; we treat our Smartphones like an entertainment hub for our enjoyment… Features like the power saving mode, disables the vibrating function of the phone. Carbon Nanotube Batteries? More battery life, less toxicity!

i’ve red this somewhere, if i remembered it correctly it’s in popsci and it says there that not only the nanotubes needs improvement but they’ll be using beach sands to make this batteries and it is not in this article. just pointing it out

baby steps… and heavy testing we don’t want that shit blowing up while we’re making calls.

soooo… are the carbon nanotube batteries not fully developed yet? =/

it’s good that we’re developing our current batteries, but it’ll be far more impressive if they can make carbon nanotube batteries economical and commercially available.